A handful of states are moving to expand rural broadband service by tapping some of the funding they received from Congress through the American Rescue Plan, the stimulus bill enacted in March.

Connecticut, Hawaii, Indiana, Louisiana, Missouri, Maine, Oregon, Utah, Virginia, and Washington have authorized a total of $1.49 billion in broadband funding so far. More states are expected to move ahead with plans in the coming months. Indiana, Virginia and Washington are among the states earmarking the largest amounts of money for broadband.

About $10 billion in funding is being provided through the Coronavirus Capital Projects Fund, which was created as part of the American Rescue Plan Act of 2021. Each state may receive at least $100 million of a total of $5.2 billion to expand broadband internet access, according to the Department of the Treasury.

States are allocated a portion of the $10 billion based on overall population, rural population, and poverty rate, according to Treasury. Funds must be obligated by 2024 and spent by 2026. 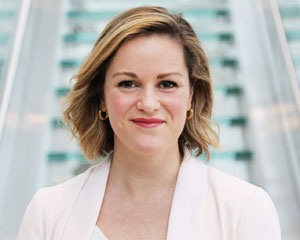 “There’s been a noticeable increase in legislative and funding activity within states starting around 2017. What we were seeing at that point were state lawmakers, in particular, recognizing in their rural communities that broadband was quickly becoming an economic lifeline,” de Wit told Agri-Pulse.

The Virginia legislature has appropriated nearly $708 million in American Rescue Plan Act funds for broadband, with $221 million going toward the Department of Housing and Community Development, $479 million for the Virginia Telecommunications Initiative, and $8 million to provide low-income customers with broadband.

Gary Wood, president and CEO of Central Virginia Electric Cooperative, said it can cost up to $30,000 per mile to lay fiber in a rural area with only 10 homes per mile and only 50% to 60% of the residents taking the service when it is offered.

The federal funding helps offset the capital costs to make them more manageable, he said.

Indiana is providing $250 million for broadband through a grant program that will be administered by the lieutenant governor’s office. Washington state is appropriating $276 million in grants for local broadband infrastructure projects.

In Missouri, the Department of Economic Development has authorized only $10 million in ARPA funds for broadband grants so far, but Missouri Gov. Mike Parson proposed a $400 million broadband plan in August to get residents connected. That money still needs to be authorized by the state legislature.

Janie Dunning, a broadband consultant for the Missouri Farm Bureau Federation, said states may prioritize money differently. One example is spending money on adoption efforts, which is the percentage of people subscribing to broadband service.

"It doesn’t do any good to have (broadband) available if the residents don’t take it, because then it becomes (unaffordable) for a provider,” Dunning told Agri-Pulse. Some states, including Missouri, are even looking at cost-share initiatives when it comes to consumers affording access, she said. Dunning also expected there would be spending on consumer access and education.

De Wit said getting broadband to local communities is not just about building the needed infrastructure but also about access and affordability of devices, noting Congress is starting to recognize those issues.

“We are seeing holistic policy not only being passed but implemented that reflects the (depth) of the digital divide,” she said.

ARPA included $350 billion for the state and local recovery fund, $10 billion for the capital projects fund, and $9.6 billion for the homeowner assistance fund, although it's unclear what has been used for broadband expansion so far. Another $7.17 billion was allocated for the emergency connectivity fund for schools and libraries. Nearly $65 billion has been included in the bipartisan infrastructure bill currently being debated among Democrats.

Wood urged both Republicans and Democrats in Congress to continue funding broadband until the problem is fixed.

“Don’t take your foot off the gas pedal at a time (when) the need is more critical and recognized than ever before,” Wood said.