Even as some states and USDA invest millions of dollars into expanding medium and small-scale meat processing, a new economic analysis cautions against seeing this development as insulation against the next “black swan” event, which is how the researchers describe the pandemic.

Meat plants got slammed during the COVID-19 pandemic by the combination of the virus' quick spread in the cold, close-quarters working environment, employees needing to quarantine at home even if they were not sick, and the shut-down time needed to clean and retrofit workstations to allow for more distance between people.

Ultimately, though, most plants were not closed or forced to operate at reduced capacity for long.

China’s US ag imports sluggish through July, but purchases increasing
Ag sectors welcome cover crop payments, but will they be enough?

“I was a little surprised by how quickly the system got back to some semblance of normal,” said economist John Anderson of the University of Arkansas Department of Agricultural Economics and Agribusiness, who is the lead author on the paper published this week in Applied Animal Science. “I thought that the lag in production would be bigger and last longer.” Most facilities experienced at most four to six weeks of disruption, he said.

His analysis concluded that while increasing slaughter capacity with additional smaller plants will have benefits for some producers and consumers, it will not increase resilience in the supply chain overall. That’s because the smaller operations will serve primarily direct-to-consumer markets, which grew significantly during the pandemic but remain a very small segment of the sector. 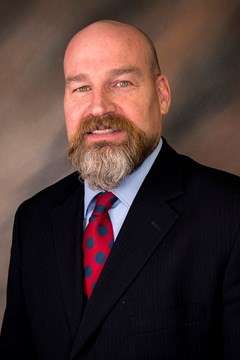 For the larger packers that rely on economies of scale, Anderson said the “multimillion-dollar question” is how to reduce disruption from any future event. Before the pandemic, risk management involved anticipating infrequent but contained events such as a tornado, fire or blizzard that would be over rather quickly, he said. The pandemic defied any sort of predictability, but such an event remains highly unlikely. Anderson said companies may attempt to revisit their risk mitigation plans, but taking up the question of an open-ended disruption like this pandemic “is a little bit of a paralyzing sort of thing to think through.”

Even so, recognizing human labor was the reason processing proved to be the “bottleneck in the supply chain,” Anderson said, “the incentive to automate has increased in the wake of the pandemic.”

An industry expert who spoke at the annual meeting of the National Association of Farm Broadcasting echoed that sentiment.

“You're eventually gonna push more and more towards trying to figure out other ways besides labor,” said livestock economist Scott Brown of the University of Missouri. That will make the cost of automation less daunting, he said.

Pandemic vulnerability aside, the labor market has grown tight and managing a workforce in a sector that is physically demanding and at times requires overtime and/or weekend shifts has grown more difficult, he said.

A few mid-sized processing plants are in the works in the Midwest, with American Foods Group announcing last week it’s chosen Warren County, Missouri, for a new beef plant. Despite the public concern about U.S. meat processing capacity in the wake of the pandemic, the newest plants may find it's not the best time to open an additional packing facility, according to Brown. That’s because drought in the West will likely result in fewer cattle going to slaughter just as new plants come online. He expects supplies to remain tight into 2023 and the Missouri plant to open in the third quarter of 2024.

“What's been too many cattle here for a period of time may quickly turn around to be not enough cattle,” he said, “even with current capacity, if we aren't careful.”

As for the smallest processors, “they got to have a premium for that product, if they're going to stay in business longer term,” Brown said.

Anderson agreed, adding that as small operations consider expansion, they will need to carefully monitor whether pandemic-influenced increases in sales are permanent. The spike in desire for locally-produced meat could slip away as shoppers feel less inclined to pay premium prices. Plus, the additional mid-size capacity and increased efficiencies at the big plants could lead to lower retail prices, widening the gap between supermarket and niche prices. “So if you’re going to survive as a small-scale producer, be aware that you’ll be surviving in what is probably an even more competitive environment than it was before” the pandemic, he said.

Small producers and processors will need greater marketing skills to keep and cultivate relationships with customers.

“That’s a long-term project of building and maintaining demand,” Anderson said. “Don’t assume that it will be there just because it’s there during the pandemic.”