Skepticism over pace of spending for $8B federal water package

The U.S. Bureau of Reclamation now has an unprecedented $8 billion pot of money for Western water infrastructure, roughly doubling the size of its budget over the next five years. But the agency has just 60 days to organize funding priorities, and water agencies are dubious as to how quickly it can administer the money to projects.

“[Reclamation Commissioner Camille Touton] said this is her number one problem,” said David Reynolds, who directs federal relations for the Association of California Water Agencies (ACWA). “She was very frank about it.”

Speaking at ACWA’s fall conference last week, Reynolds said the bureau has trouble getting just $60,000 out the door and called it “a huge problem.” Officials have assured him they have adequate staff to handle this large sum, but “there's great skepticism about it.”

Ernest Conant, who directs the California–Great Basin region for Reclamation, recognized it will be “a monumental task to get staff geared up” to process the spending.

Reynolds encouraged ACWA members to get engaged in stakeholder meetings the bureau plans to host this month and called it a generational opportunity for gathering federal funding: “We'll never see something like this again.”

In her experience with petitioning Reclamation for funding, Alexandra Biering, who manages government affairs and communications for the Friant Water Authority, said that gathering the money in a timely manner means local sponsors must take on the heavy lifting and be proactive in engaging with officials. The water district began working on the Friant-Kern Canal Middle Reach Capacity Correction in 2018 with seed funding from the bureau for the initial planning.

“We had to move really aggressively though,” said Biering. “We pushed very hard on this at the staff level, at the manager level, at the executive level to reprioritize some staff from some areas.” 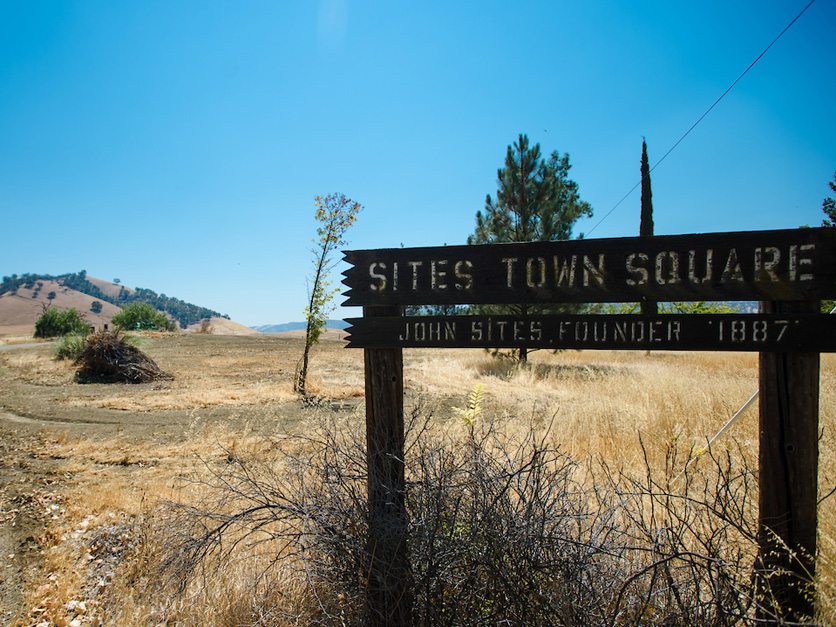 Location of the proposed Sites Reservoir, a project that could benefit from the federal infrastructure bill. (photo: DWR)

The hard push drove the bureau to pull extra staff from other projects and has led to $250 million as a cost share for the project. Conant hoped the contract for the first phase of the canal fix will allow construction to begin in late December. The bureau is also evaluating needs for fixing the Delta-Mendota Canal, he added.

The state is investing in conveyance canals as well. The Department of Water Resources (DWR) announced allocation decisions last week for $100 million approved in the state budget for repairing major conveyance facilities, with another $100 million slated for the next fiscal year.

DWR will apportion $37 million to the California Aqueduct and San Luis Canal, $39 million for the Friant-Kern Canal and $24 million for the Delta-Mendota Canal. The money will cover planning, permitting, design and construction. Per the budget agreement with state lawmakers, the agencies overseeing the projects must ensure the risk of subsidence is addressed.

Water contractors representing the canals praised the spending but called for more dollars, referring to the nearly $800 million proposed earlier this year in Senate Bill 559.

“While this initial funding will help to leverage federal and local dollars so that repairs can begin, additional funding—along with the political will to see it through—will be necessary if we are to truly meet the water supply challenges ahead of us,” the agencies wrote in a joint statement.

Daybreak: Pace of change in CA water is 'not up to the challenge'
Daybreak: 150 groups ask for water funding as Congress weighs infrastructure package

The four canals collectively deliver water to more than 29 million people, 2.9 million acres of farmland and 130,000 acres of wetlands. The completed projects will restore up to 50% of the capacity of the canals over the next 10 years.

Conant recognized the need for additional storage as well. Through the WIIN Act—or Water Infrastructure Improvements for the Nation—the federal government this year allocated $205 million for the proposed Sites and Del Puerto Canyon reservoirs and for expanding Los Vaqueros Reservoir and raising B.F. Sisk Dam. The projects have been gaining funds from California’s Proposition 1 water bond money as well.

Reynolds noted that the WIIN Act expires in December and Congress “does not have an appetite” for reauthorizing the act entirely, since some aspects are too controversial. This has raised concerns about losing some authorities within the act that are needed to move the existing spending forward on projects.

He assured ACWA members that language within the act grandfathers in those projects that have already received some funding, particularly storage projects. Some of those authorities also reside within California Senator Dianne Feinstein’s STREAM Act of 2015, or the Supporting Transparent Regulatory and Environmental Actions in Mining Act.

Conant suggested money from the new infrastructure bill could further support canal fixes and storage projects, along with habitat restoration in streams and rivers, which would supplement potential voluntary agreements for flows in the Sacramento-San Francisco Bay-Delta.

“Hopefully, the infrastructure funding will give a shot in the arm to pursue some of these projects that we need to pursue in California in order to have a better future,” said Conant.

To address the priorities, the bureau has been assembling an executive management team, which includes a member from each region. Conant pointed to the region’s principal deputy regional director, Richard Welsh, as the contact person for any details on the effort. Touton, who offered few details into the implementation process, recommended maintaining “constant communication” with the regional area offices and continue the dialogue over the infrastructure framework.

Conant expected preference will be given to shovel-ready projects with completed environmental assessments and for the bureau to maintain a steady pace of spending through each year.

“We can't have a situation where we have nothing but conceptual projects, and we put all the money out the fifth year,” said Conant. “That's not going to fly.”

For more information, go to: www.Agri-Pulse.com