The Department of Pesticide Regulation (DPR) will soon release an updated version of its proposed regulations on four controversial neonicotinoid pesticides. While most details remain murky since DPR has yet to publish the rulemaking package, staff offered a few high-level glimpses last week during a meeting of DPR’s advisory committee for pesticide registration.

The changes address several concerns farm groups raised with the initial proposal in 2020. The department is now seeking to tailor the requirements to specific crop types and factor in emergency uses to contain certain outbreaks, allowing growers to combat citrus greening and leaf curl virus in grapes.

About 60% of California’s fruit, nut and vegetable production depends on the neonicotinoids, along with more than half of the state’s agricultural exports, according to CDFA.

“Neonicotinoids are a very important tool for our growers, and we’re still able to have our citrus industry because of tools such as the neonicotinoids,” said Denise Alder, a senior environmental scientist at DPR, during the committee meeting. “While it is an important balance of pesticide use by our growers and effects to the wildlife, [the proposed regulations are] an all-inclusive approach to saving both our industry as well as protecting our wildlife.”

DPR initiated the reevaluation of the neonicotinoids in 2009, when staff researchers found in the leaves and blossoms of treated plants high levels of imidacloprid that could lead to adverse effects on honeybees. Registrants then conducted comprehensive multi-year studies through 2016 and DPR later determined additional mitigation measures were needed to protect pollinators.

“Through the risk determination process, DPR found that a one-size-fits-all approach to mitigation would not be feasible,” explained Brittanie Clendenin, an environmental scientist within the registration branch. “Therefore, DPR is proposing mitigation measures through crop-specific regulations.” 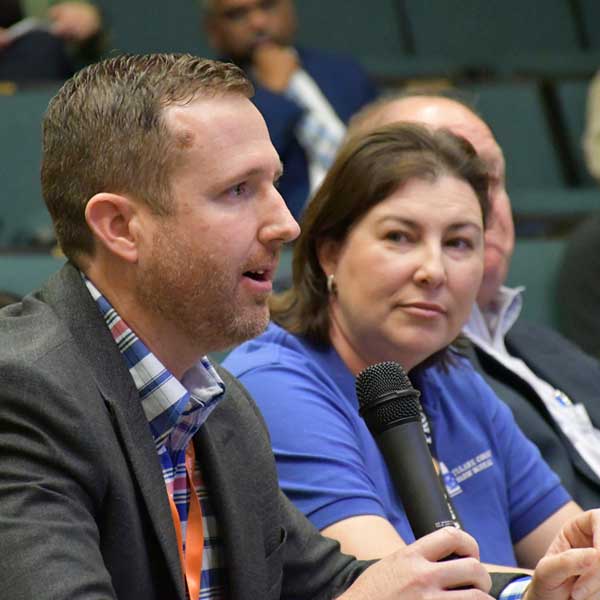 DPR has organized the regulations by crop group, with some general restrictions, such as bloom prohibitions, that apply across each group section. The groups will have specific application and timing restrictions based on residue data. The revised regulations present a tiered approach based on attractiveness to bees and harvesting practices, applying research from a 2018 USDA report that indicates the relative attractiveness of each crop to pollinators.

For highly attractive crops, such as citrus, DPR would levy general restrictions along with specific rate and timing requirements. Moderately attractive crops, which do not provide a significant portion of a bee’s diet when other food sources are available, would have general restrictions. But rate and timing restrictions could apply when managed pollinators are brought into the field for pollination services. DPR would allow some exemptions for crops that are not attractive to bees or that are harvested before bloom.

DPR is also revising exemption language for applications to quarantine invasive pests, like Asian citrus psyllid (ACP), and applications to address emergency situations, along with exemptions for commodities grown inside enclosed spaces, such as greenhouses or under a structure blocking out insects. DPR would no longer limit applications to a single chemical or application method in the year, but does plan to cap the total application rates for all four pesticides for each season.

DPR is currently finalizing the rulemaking documents for an anticipated publication in February. This will initiate a new public comment period along with a public hearing on the proposal, and the regulations will likely take effect sometime next year.

The agency received more than 9,000 comments on the last version of the proposed regulations, and staff have continued to engage with industry groups on revising the proposal.

A CDFA economic analysis of the 2020 proposal confirmed fears from trade groups that the cutbacks could be devastating for citrus, winegrape and cotton growers. CDFA found that the regulations would have cut the number of acres treated with neonics by nearly 70%. The available alternatives to the products would have increased costs for citrus growers by more than 50%, adding up to as much as $3 million for the industry each year.

“If you add on the neonicotinoids [to the 2019 cancellation of chlorpyrifos], it's really a death sentence to the California industry,” Casey Creamer, president and CEO of California Citrus Mutual, told Agri-Pulse, in sharing concerns about the continuing spread of the bacteria that causes citrus greening.

Creamer worried an emergency exemption for ACP outbreaks would be too little too late, since the goal is to prevent an emergency before it happens. Agricultural commissioners struggled to understand how they could stop an applicator from using a neonicotinoid more than once in a season under the initial application caps. Pest control advisers, meanwhile, argued that potentially regulating the neonicotinoids out of use could introduce alternative products or practices that present a slew of other environmental and human health impacts.

While DPR continues to work through the regulatory process for the neonicotinoids, it is also considering a cancellation on the registration of imidacloprid for agricultural use to protect groundwater drinking wells. In 2021, officials discovered 15 groundwater wells in Fresno, Santa Barbara and Tulare counties tainted with high concentrations of the neonicotinoid and determined the contaminants came from legal use of the pesticide.

DPR has scheduled a hearing for March to review the evidence and take testimony from registrants, along with other public comments, before providing recommendations to the DPR director.