The House is set to debate tightening reporting requirements for foreign ownership in the U.S. ag sector. Amendments addressing that issue will be considered as part of a sweeping U.S. competitiveness bill that’s on the House floor starting today.

An amendment by Rep. Ronny Jackson, R-Texas, would impose a reporting requirement for Chinese investment in agriculture. An amendment sponsored by Mark Pocan, D-Wis., would tighten USDA’s reporting rules for foreign land ownership.

A third amendment approved for floor debate and sponsored by  Angie Craig, D-Minn., would require the administration to evaluate the stability of the “agriculture and food system supply chain.”

One of the Senate’s few farmers, Montana Democrat Jon Tester, has introduced a “right to repair” bill that would make it easier for producers to maintain their own equipment.

Among other things, the Agriculture Right to Repair Act would require manufacturers to make available any documentation, part, software or tool needed to maintain or repair equipment. Manufacturers also would be required to protect farmers’ data from hackers and to return data to producers.

“I’ve been a farmer my whole life, and I’ve seen the unfair practices of equipment manufacturers make it harder and harder for folks to work on their tractors themselves—forcing them to go to an authorized mechanic and pay an arm and a leg for necessary repairs,” said Tester, who has previously pushed the Federal Trade Commission to get involved with the issue.

Manufacturers’ view: Kip Eideberg, senior vice president of government and industry relations for the Association of Equipment Manufacturers, said Tester’s bill “is a solution in search of a problem” and would undermine “important regulations that keep farmers safe and protect our environment.” 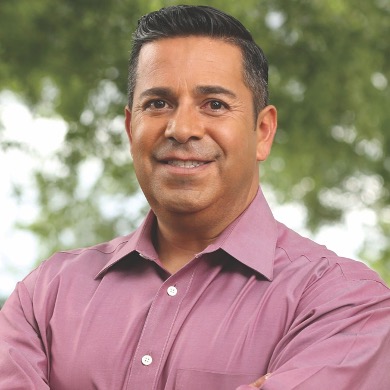 Lujan’s absence from the Senate could leave Democrats without the critical 50th vote they need to approve a nominee whom Republicans are united against. But Stabenow told reporters that’s life now in a 50-50 Senate. “We’re all human beings, and something could happen to us at any time,” she said.

A report the Bipartisan Policy Center is releasing today outlines a series of recommendations for accelerating the development of climate-smart agriculture and forestry practices.

The report dovetails with the Biden administration’s plans for using the CCC to fund a series of pilot projects. Ag Secretary Tom Vilsack will headline the report’s release at a virtual event this morning. 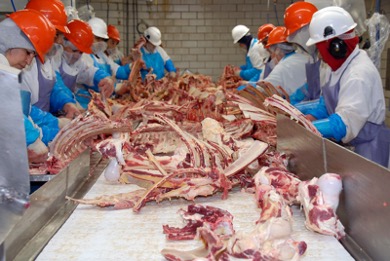 Time for ‘just in case,’ not ‘just in time’ beef supply?

A new report says the beef industry should consider new packaging and improved storage protocols to have more meat on hand during future supply shocks.

That suggestion is one of several tucked into a report authored by Don Close, a senior animal protein analyst for Rabobank. He says supply safeguards could be implemented in several ways, including improvements in how beef is sold to consumers.

“We have used the same product packaging of the cellophane and foam trays for as long as I can remember, and we’ve had a complete revolution of how consumers shop,” Close said, specifically mentioning meal kits and online grocery ordering.

“I think we can extend the shelf life of product and we can have more inventory on hand to serve as a shock absorber when we have these kinds of disruptions in the marketplace.”

Note: Tuesday’s Daybreak included the wrong link to a Texas A&M study of a market reform bill. The study is here.

About 6,000 residents of Winston-Salem, North Carolina, were evacuated from their homes and businesses after a fire broke out at the Winston Weaver fertilizer facility Monday night. A one-mile evacuation zone was maintained into Tuesday.

No cause has been determined, and no one was reported injured.

Summit Carbon Solutions, the first company to announce plans for a Midwest carbon capture and sequestration project, has become the first to apply for a permit.

Summit said Tuesday it has filed an application for its pipeline with the Iowa Utilities Board. At 680 miles, the largest portion of the 2,000-mile pipeline would be in Iowa.

High heat and poor rainfall in four Brazilian states has spurred the consulting firm AgRural to again lower its forecast for Brazil’s soybean harvest this year. The company now estimates the harvest at 128.5 million metric tons, down from 133.4 million and 145.4 million before that.

Furthermore, unusually heavy rains in Mato Grosso – Brazil’s largest soybean state – trimmed yield expectations, although most of the damage is happening in southern states like Rio Grande do Sul and Paraná.

He said it. “No, no, no, it’s dead.” - Sen. Joe Manchin, when asked by a reporter Tuesday about the $1.7 trillion Build Back Better bill that stalled in the Senate. Asked later to clarify, Manchin didn’t rule out supporting a smaller bill, but insisted there are no ongoing negotiations.