Three major farm groups are hoping to double the amount of cover crops planted in the United States through an initiative targeting Midwestern corn and soybean farmers that relies heavily on state-level affiliates to develop cost-share and educational programs.

“State-level commodity groups [are] going to be our vehicle,” said Jack Cornell, the director of sustainable supply at the United Soybean Board, which is working with the National Pork Board and National Corn Growers Association on the initiative.

“They’re closer to the growers in their state and area, and we want to make sure they’re doing the projects that would benefit them,” Cornell said.

The groups, in partnership with the National Association of Conservation Districts, Soil Health Institute, National Fish and Wildlife Foundation, and The Sustainability Consortium have named the initiative “Farmers for Soil Health.” The goal is to have farmers planting 30 million acres of cover crops by 2030.

The coalition plans to initially target nine states: Illinois, Indiana, Iowa, Kansas, Minnesota, Missouri, Nebraska, Ohio and South Dakota. Down the road, the groups may expand their efforts to plant cover crops on 52.9 million acres across 11 additional states in the Northeast and Great Lakes regions.

Gradually increasing the amount of acres planted with cover crops by 1.7 million acres a year to 2030 would increase the amount of carbon sequestered in soils by about 7 million metric tons, according to preliminary estimates from Farmers for Soil Health. It’s possible that it could also reduce erosion by 105 million metric tons and nitrogen loss to groundwater by 272 million pounds, according to the estimates.

Farmers for Soil Health coordinator John Johnson told Agri-Pulse the groups are in the process of securing grants and funding to establish programs providing educational, technical and financial assistance for producers. He said some of these efforts will build off existing programs like USDA's Environmental Quality Incentives Program and Conservation Stewardship Program operated by USDA's Natural Resources Conservation Service. 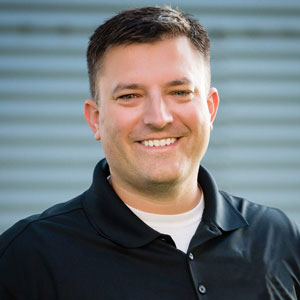 “We're trying to design some innovative approaches to some programs that we're going to seek funding for that might help support those programs and amplify them,” Johnson said.

Johnson also confirmed that Farmers for Soil Health is exploring the possibility of seeking funding through the Biden administration's new $1 billion Partnerships for Climate-Smart Commodities program. The initiative will fund a series of pilot projects aimed at testing ways to scale up emission-reducing farming practices.

So far, Farmers for Soil Health has an $800,000 budget funded through contributions from the National Pork Board, the National Corn Growers Association and the United Soybean Board.

Farmers for Soil Health first applied for an NRCS Regional Conservation Partnership Program grant last fall and was not successful – in part, Johnson believes, because the Build Back Better bill pending in Congress also includes a cost-share program for increasing cover crops. The bill has stalled in the Senate, though its cover crop payment plan could still make its way into future legislation.

Since then, the groups have stepped back and started looking for other grant opportunities. In January, the NRCS announced it would partner with the coalition, as well as invest $38 million through its EQIP cover crop initiative to promote the widespread adoption of cover crops in 11 states.

“The goal here is 30 million acres by the year 2030, which I think is very achievable working with this group of folks,” NRCS Chief Terry Cosby told Agri-Pulse in January. “We love these types of partnerships.”

Johnson said Farmers for Soil Health is currently in the “final stages” of conversations with NRCS about the partnership.

“USDA has a wealth of resources, both in staff and financially, and they are definitely serious about helping and aiding farmers in the sustainability journey," Johnson said. 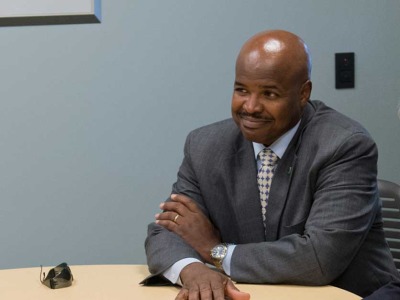 Farmers for Soil Health is also looking at what other grants might be available to encourage farmers to plant cover crops. Johnson said the coalition is looking to get “part of the way” to its goal through cost-share programs, though he said there won’t be enough cost share for every acre.

The rest, he said, will likely come down to programs that inform farmers about the agronomic and economic aspects of planting cover crops. Johnson hopes that workshops and peer-to-peer learning opportunities could help farmers determine how they can effectively implement cover crops on their own operations.

“In the farm community, I think the experience of other farmers has a lot of credibility,” Johnson said. “Working with our state commodity associations — that's one of the things we hope to really enhance and provide opportunity for.”