The Biden administration is setting lofty goals for its $1 billion initiative to develop marketable climate-smart commodities while establishing an aggressive timetable to get pilot projects underway before Congress writes the next farm bill.

The Partnerships for Climate-Smart Commodities program that Agriculture Secretary Tom Vilsack launched this week also includes some restrictions that could limit the number of producers who can participate depending on how the rules are implemented.

The administration envisions compiling an unprecedented amount of information about how farming practices and systems can reduce greenhouse gas emissions from agriculture and forestry.

According to the notice of funding opportunity released by USDA, the program’s goals include standardizing the definition of a climate-smart commodity, improving the ability to verify the climate benefits of practices, and reducing the transaction costs and “risk of market entry” for producers.

The program’s rules are written to ensure it scales up quickly and with participation from farms of all sizes and with racial and ethnic diversity. Proposals for the largest projects, ranging in size from $5 million to $100 million, must be submitted by April 8. Smaller projects have until May 27. USDA plans to start dispensing the grants by Sept. 30, just one year before the 2018 farm bill expires and Congress is due to enact a replacement.

According to a readout of a White House meeting on the program, Biden’s climate czar, Gina McCarthy, called the initiative a “game-changer” for nations with large ag and forestry sectors, and she asserted the projects would “amass more information than has ever before been available regarding the climate benefits that the U.S.’s agricultural and forestry sectors can generate.” 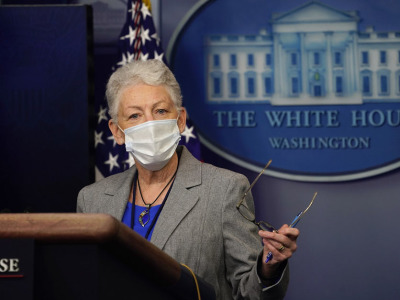 
The “standards don't have to be set by the government,” but the administration’s initiative “will certainly accelerate the standardization, whether that occurs in the private sector or the public sector. This will bring that forward in a major way,” he said.

Robert Bonnie, USDA's undersecretary for farm production and conservation, told a House Agriculture subcommittee on Tuesday the projects will accelerate the development of private markets by proving the impact of ag practices on emissions.

"There's no doubt ... these markets are emerging," Bonnie said. "The question is can we do more to scale more quickly? And can we de-risk this for producers by providing incentives both on the deployment of climate-smart practices, as well as the measurement and monitoring?"

The program is largely in line with recommendations the Food and Agriculture Climate Alliance, a coalition of major ag and conservation groups, made last May to the administration for use of a proposed ag carbon bank. FACA called for USDA to fund a series of pilot projects that would “develop, improve and scale critical climate infrastructure and climate-smart practices” and encourage their widespread adoption.

Notably missing from the goals and requirements for the USDA projects is any mention of labeling or certifying commodities as “climate-smart” and “green.” USDA raised product labeling as a potential goal when it earlier solicited input from farm groups and other stakeholders. Vilsack talked up the idea of green labeling while attending the COP26 global climate conference in Glasgow last November.

But the USDA notice does specify all projects should be tied to the "development of markets and promotion of climate-smart commodities" and that the potential markets could include "companies seeking to sell branded consumer products."

Farm groups have raised concerns about the labeling concept, with some suggesting it could overlap with existing sustainability programs for various commodities.

However, USDA is setting restrictions for the program that could limit its overall cost while preventing farmers from getting paid twice for the same practices.

Bonnie told lawmakers it's important to reward farmers for measures they've already undertaken, including cover crops, and not give them an incentive to abandon the practices and begin them again later to qualify for payment programs.

There may not be much that early adopters can do to reduce their emissions further, he said. "Some of those folks that have been doing these things for a long, long time might not be able to increase their carbon stores by that much," he said. 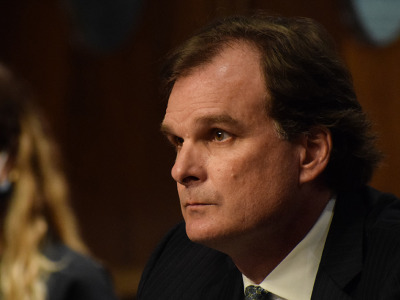 USDA Undersecretary Robert BonnieThe rules appear to block farmers from participating in the projects if they get funding from USDA conservation programs, such as the Environmental Quality Incentives Program and Conservation Stewardship Program, for the same practices and systems. It's not clear how producers would be affected if they accept payments from USDA this year for planting cover crops; USDA last year made payments of $5 an acre on about 12 million acres and is expected to soon announce the second year of payments.

The USDA rules say project applicants must "attest that producers and landowners will not be involved in multiple USDA programs that fund the same practice on the same land. Federal funds under this funding opportunity may not be used to pay for implementation of the same practice on the same land, but funding may be used to enhance a practice or to further incentivize the climate-smart commodity generated, especially with respect to early adopters."

The projects also won’t be eligible for conservation technical assistance from USDA.

There are additional documentation requirements for projects that use anaerobic digesters to capture methane from livestock manure, one of the best-documented practices for reducing greenhouse gas emissions. Applications for projects involving digesters must include a feasibility study.

Some smaller-scale farmers who heard the early discussions of the projects may have wrongly assumed they weren’t going to be able to participate in the initiative, he said.

“Now that there is a possibility of $250,000 to $5 million projects, I think there will be a great deal more interest, but whether people can pull it together fast enough remains to be seen,” he said.

“Broad-based partnerships take a while to pull together, and even without a strict matching requirement, they will also want to see something on the table I am sure, and that takes time, too. But I remain cautiously optimistic.”