Farmers will be banned from applying chlorpyrifos to food crops starting Monday unless farm groups can persuade an appeals court to intervene, and experts say many growers lack reliable alternatives for controlling insect pests.

Groups representing growers of soybeans, sugarbeets, cherries, cotton and wheat, among others are asking the 8th U.S. Circuit Court of Appeals to stay the EPA's revocation of food tolerances for the insecticide. Gharda Chemicals, which holds a registration for chlorpyrifos and is the main supplier of the chemical in the U.S., joined the ag groups in requesting the stay that would allow farmers to continue using the insecticide this year.

The petition contends that EPA should continue to allow 11 “safe uses,” as proposed by EPA in December 2020, and stay its revocation as to all uses until it issues “an appropriate existing stocks order for those uses.”

The U.S. Court of Appeals for the 9th Circuit ordered EPA to revoke or modify tolerances last April, finding that the agency had not complied with the Federal Food, Drug & Cosmetic Act when it denied a petition filed by environmental and farmworker groups seeking to ban the insecticide’s use on food crops because of its neurotoxic effects, especially on infants and children.

The agency, the court said in its 2-1 decision on April 29, “has had nearly 14 years to publish a legally sufficient response to the 2007 Petition (to ban chlorpyrifos). During that time, the EPA’s egregious delay exposed a generation of American children to unsafe levels of chlorpyrifos. By remanding back to the EPA one last time, rather than compelling the immediate revocation of all chlorpyrifos tolerances, the court is itself being more than tolerant. But the EPA’s time is now up.”

The court told EPA to go back and either modify or revoke the tolerances, a point emphasized by the grower groups, who said the agency did not have to revoke all the tolerances but could have allowed growers of the 11 crops to continue using them. In August, though, EPA revoked all tolerances for chlorpyrifos.

Grower groups appealed administratively. EPA has not responded, which the groups said in their petition was “tantamount to a denial.” In its court response, EPA said it would respond to those objections by next Monday when the tolerance revocation takes effect. After EPA responds to those filings, the agency “intends to commence involuntary cancellation proceedings, if necessary, for all registrations for which voluntary cancellation requests are not submitted. Those proceedings will address existing stocks.”

The groups want the court to take action quickly. “Considering the consequences at stake for our growers if the rule goes into effect, that is certainly our hope,” said American Soybean Association spokesperson Wendy Brannen.

On the other side are EPA, as well as the environmental and farmworker groups that won the case in the 9th Circuit. Before filing a brief opposing the growers’ motion for a stay of EPA’s tolerance order, their attorney, Patti Goldman of Earthjustice, said, “We will oppose industry’s attempt to derail protections for children from chlorpyrifos. A generation of children are needlessly suffering from learning disabilities from chlorpyrifos and it has to stop.”

“Three recent published studies estimate that infant exposure to chlorpyrifos and other pesticides in the same class have caused millions of children to lose at least one IQ point and societal costs of $30-$50 billion annually,” the groups’ prospective amicus brief supporting EPA says.

The growers contend EPA doesn't have to revoke all tolerances, but can instead examine them individually. They agree that EPA “must examine a tolerance’s safety in the context of other relevant exposures. But Congress never required EPA to conduct this assessment for the ‘universe of proposed and approved uses for the pesticide,’” as EPA argued in its response.

EPA said it was required by the Federal Food, Drug, and Cosmetic Act to consider “all anticipated dietary exposures and other exposures” based on the existing registered uses when it determined chlorpyrifos tolerances were unsafe.

Referring to 11 “safe uses” that the growers want to remain, EPA said it “never formally concluded that the 11 uses are safe,” but that it had proposed continuing to allow those uses “under a different statute,” the Federal Insecticide, Fungicide, and Rodenticide Act.

Growers of soybeans, sugarbeets and cherries are among those concerned they will lose an important tool if they cannot use chlorpyrifos.

Chlorpyrifos “is the only option” to control both two-spotted spider mites and soybean aphid populations that have developed resistance to other insecticides, such as pyrethroids,” the grower groups said in their formal objections to the tolerance revocation. “These pests can inflict yield losses as high as 60 % if left unchecked.”

Without chlorpyrifos, growers “will now have to choose between applying twice as much pesticide active ingredient (which will also significantly increase their operational costs) or face serious crop damage. This results in an increase in pesticides used in the environment and additional sprays which unnecessarily increase the use of water and fuel.”

University of Minnesota entomologist Bruce Potter says there are still chemicals to control aphids and mites, but both pyrethroid resistance and expense may limit those tools for growers.

Growers are “going to have to be better managers,” he says. “We’re telling them, make sure you're actually treating problems that you have, as opposed to spraying with a just-in-case approach.”

Last year saw “the worst outbreaks we've had in 15 years” of the pest, which can cause yield losses up to 45% that can amount to more than $400 per acre, he said. There are other chemicals, but growers “are going to have to be aggressive and quite adept and nimble in using those other tools, because the efficacy is not quite where chlorpyrifos was.”

“It's a pretty major concern for our growers,” he said. “In the more severely infested areas, many growers will have to go and hit those fields two to potentially three times with a pyrethroid to do what one or two [applications] of chlorpyrifos would have done.”

Cover crops can help reduce feeding injury, but they’re not a panacea, he said. In addition, industry attention to alternatives has been limited, because sugarbeets are not a major-acreage crop like corn or soybeans — meaning the large pesticide manufacturers are less likely to research alternatives — but neither is it small enough to qualify as a specialty crop, which would make it eligible for research funding from the USDA-funded IR-4 Project.

“We're kind of right in the middle, and in this case it’s not a good place to be,” Boetel says. 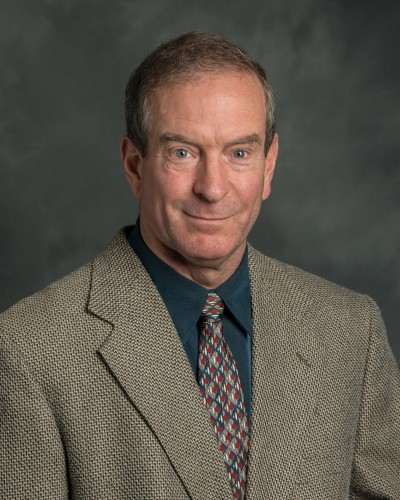 Cherry growers in Michigan also are looking at a grim outlook without the chemical. John Wise, an entomologist at Michigan State University who also is research and extension coordinator of the MSU Trevor Nichols Research Center, says only chlorpyrifos has been effective in controlling three separate pests — the peach borer, lesser peach tree borer and plum borer.

“We have lots of new modern insecticides that have been labeled for stone fruits, including cherries in the last 20 years, it's just that none of them are labeled to control that complex of three borers,” he says.

In addition, he says “mating disruption is a tool that's available for the peach tree borer and lesser peach tree borer,” but it does not have any effect on the plum borer. “And it only works effectively when you have large, square rectangular shaped orchards. If you've got smaller orchards, it's not reliable on its own.”

The Cherry Marketing Institute, in comments to EPA, said mating disruption is not an effective tool and argued the loss of chlorpyrifos “would leave our industry needlessly defenseless against trunk borers, causing irreparable damage.”

The environmental and farmworker groups contend in their brief that economic harm to the industry “should be discounted because the asserted harms are due to the choices [they] made in the face of prolonged proceedings in EPA and the courts, moving toward revocation of chlorpyrifos tolerances.”

The petition to revoke food tolerances was originally submitted to EPA in 2007, the groups said. “Due to EPA’s further unreasonable delays, growers have had many more years to shift to alternatives; indeed, growers have already made that shift in states that have banned chlorpyrifos.”

Wise, the Michigan State entomologist, doesn't think chemical companies are to blame for failing to develop alternatives. “Their margin of profitability for pesticides in the specialty crop market is razor-thin,” he said.

There has been a “research void” on controlling the three borers for about 30 years, Wise said, primarily because “chlorpyrifos was so darn effective.”