Pressure is mounting to overhaul California’s cap-and-trade program to ensure the state will meet its goal of reducing greenhouse gas emissions 40% by 2030. Yet the California Air Resources Board (CARB) must first update its AB 32 Climate Scoping Plan, which informs cap-and-trade and many other regulatory and incentives programs.

As that work gets underway, staff are indicating that for the first time since approving the initial plan in 2008, the agriculture sector will play a prominent role—in both reducing methane emissions and with air quality impacts to socially disadvantaged communities.

“As we shift to the framework of carbon neutrality, we have expanded the scope to include all sources, which means the emissions from natural and working lands and all [carbon] sinks,” said CARB air pollution specialist Stephanie Kato, in updating the board last week on the latest effort to revise the Scoping Plan. “It is now clear that reducing emissions is not sufficient to fight climate change.”

The 2017 update to the Scoping Plan took the first steps in developing a comprehensive carbon target for natural and working lands by calculating that California should reduce emissions from this sector by 15 to 20 million metric tons of carbon per year by 2030.

The following year, then-Gov. Jerry Brown issued an executive order charging CARB to pursue statewide carbon neutrality by 2045. To achieve this goal, the agency has been looking into ways to increase the pace of transitioning away from fossil fuels for energy and industrial sources while also estimating the potential for minimizing emissions from natural and working lands and maximizing carbon sequestration across all land types. 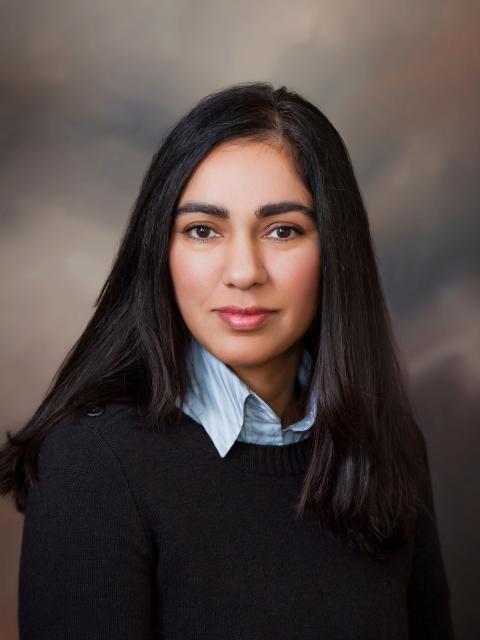 According to Kato, CARB has significantly expanded the scale of the analysis on natural and working lands for the Scoping Plan and will set specific targets for removing carbon through this sector. Going a step further, CARB will model the impacts that certain land and forest management practices have on air and water quality, biomass availability, fire emissions and other ecosystem services. Kato suggested some climate-smart practices to support CARB’s goals could include applying compost, planting hedgerows, forest thinning and prescribed burning.

The agency is racing to complete the work by the end of the year, with the coming months being critical. Staff will present preliminary modeling results for the sector later this month and hold a public workshop in April to discuss a new analysis of public health and economic impacts from air pollution. They will release a draft of the proposed new updates to the Scoping Plan in May, presenting it to the board the following month for preliminary feedback. The board will have until the end of the year to approve a final draft of the updated plan.

CARB’s Environmental Justice Advisory Committee has been meeting every month to develop its recommendations for the updates. That report is certain to include actions for reducing pesticide emissions from agriculture, and committee members again voiced strong opinions in the hearing as they advocated for slashing the use of pesticides and incentivizing organic farming practices.

The dairy industry is ramping up engagement with CARB as well, since the state has committed to reducing methane emissions 40% by 2030 under Senate Bill 1383. Agriculture accounts for 8% of California’s total greenhouse gas emissions, and cutting methane, as a short-lived climate pollutant, would more quickly slash emissions than reducing carbon dioxide from transportation.

Dairy Cares Executive Director Michael Boccadoro argued that dairies are well on their way to achieving the methane reduction goal as a result of CARB investing in dairy digesters through an incentive-based model, rather than through punitive regulations.

The CARB hearing came just a day after lawmakers grilled CARB Chair Liane Randolph and CalEPA Secretary Jared Blumenfeld on whether the state will meet its 2030 goal for reducing greenhouse gas emissions. Ross Brown of the Legislative Analyst’s Office revived longstanding concerns in a Senate budget subcommittee hearing that the state’s cap-and-trade program—the central mechanism for reducing emissions—is granting too many carbon offset credits to polluters, jeopardizing the state’s ability to meet its goal.

Blumenfeld noted that CARB will be reassessing the program beginning in 2023. But Brown worried that timeline would roll the regulatory process into the mid-2020s before any adjustments would come for cap-and-trade.

“It's easy in short conversations and comments to throw down numbers,” said Sahota. “But the complete story is a lot more than a number.”

The process for updating the Scoping Plan, she explained, involves an overall assessment of where California currently stands in reducing emissions across sectors and programs, and that will inform any adjustments to the cap-and-trade program.

“Once we understand if we're not on track, we have to then go a little bit deeper to understand what's going on in the sectors that make up that total target, and then look at the programs that are overlaid on those sectors and whether those programs need to be adjusted,” she said.

Cap-and-trade does not cover methane emissions from dairies, for example.

“So it would not be a logical choice to think about making cap-and-trade more stringent on a source that is outside of its coverage,” she said.

Sahota described the Scoping Plan process as showing the path the state is currently on versus the path it could be on. She also pushed back on calls from the environmental justice community to delay the Scoping Plan update to buy more time for CARB to assess public health impacts.

“The longer we take in debating the perfect solution, we’re still burning fossil fuels in the meantime,” said Sahota.

Board member Hector De La Torre agreed that “dragging out the planning process” would not be helpful and noted the initial intent of AB 32 was to reduce emissions to 1990 levels by 2020.

“We know the sectors that did not contribute to us hitting the 2020 target, namely transportation, natural and working lands, and short-lived climate pollutants,” said De La Torre. “I'm going to be looking—as we do this process this year—to see how we step it up on those three sectors to make sure that they are contributing to us hitting the 2030 target.”