Hemp supporters are touting the crop's myriad uses and soil-nurturing properties while pushing some ideas for increasing its viability as Congress prepares to update the 2018 farm bill that legalized the crop.

In 2021, the nation’s total hemp production reached $824 million in value across 54,200 open acres and 15.6 million covered square feet, according to USDA, just three years after the 2018 farm bill fully allowed for its cultivation. During that time, farmers have experimented with the crop across the country.

Russell Redding, Pennsylvania’s secretary of agriculture, says interest in hemp blossomed when the 2018 farm bill passed after his state had run a research hemp program allowed under the 2014 farm bill.

In 2019, Pennsylvania issued 324 permits to grow hemp; in 2020, that number grew to more than 500. In 2021, growing permits dropped to 426, but processing permits increased from 60 to 64. Redding says the small decrease in growing permits shows farmers are being pragmatic about planting it. They recognize the lack of investment in processing infrastructure and market development, as well as the rigid limits on maximum THC levels that can increase the cost of growing a new crop. The uptick in processing permits offers some hope.

Redding and other state ag secretaries are hoping the next farm bill will help the industry grow, and they have support in Congress. 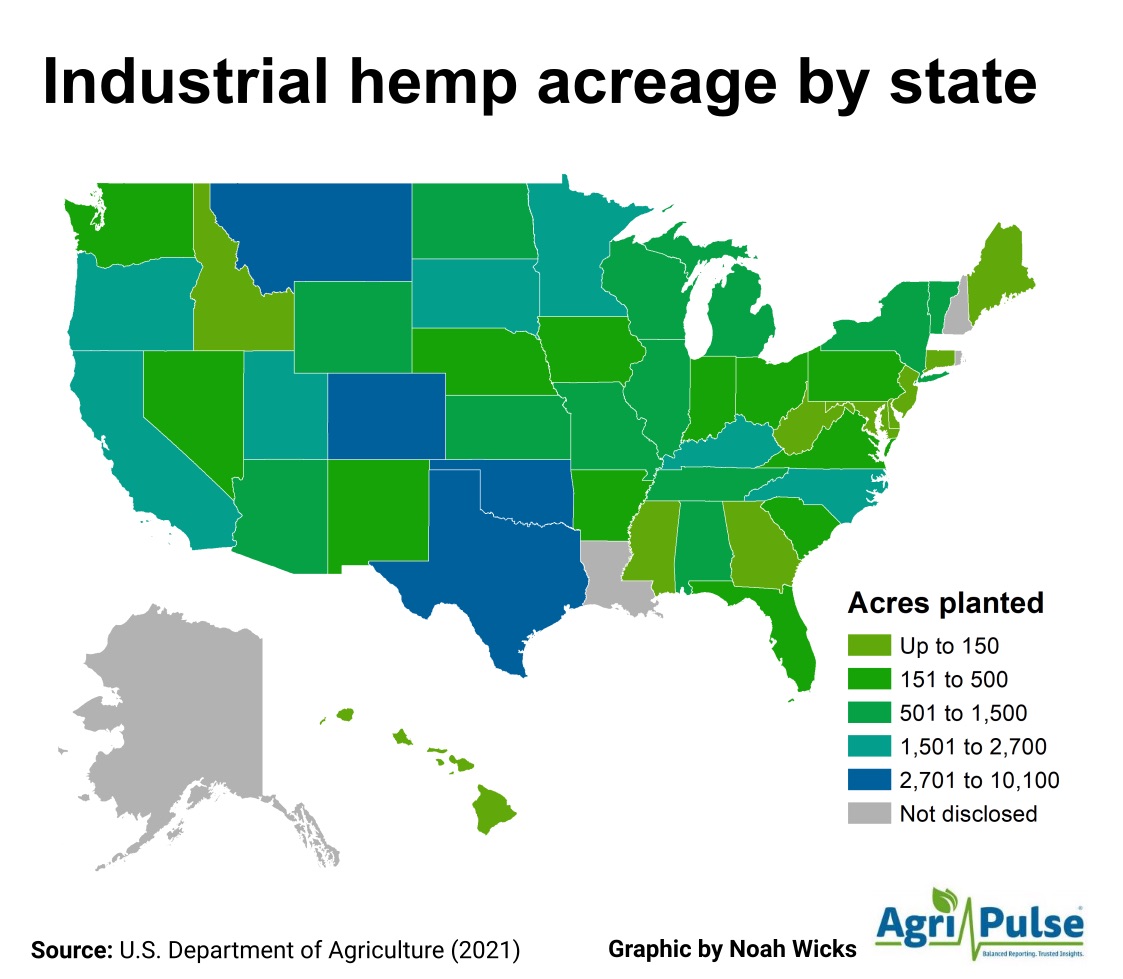 The requirement that hemp crops test below 0.3% THC, for example, burdened Maine farmers in two ways. First, she says, “it's just too specific in a crop that can have a fair amount of variability in it.” For many growers, the risk of having to destroy a crop based on THC content made hemp a non-starter. But those that did grow it had to have it tested in a Drug Enforcement Administration lab. “We don't have any in Maine,” Pingree said.

Her bill would also allow those with felony convictions to enter the hemp market.

Jonathan Miller, general counsel for the U.S. Hemp Roundtable, said the prohibition was a compromise measure in 2018 that he never liked. “We're hopeful that Congress will recognize that people that have paid their time deserve to be able to grow whatever legal crop that they want to.”

Pingree would like to see more investment in processing and market development through USDA grants or loans. The growing demand for hemp in the U.S., she says, is currently being met by imports. But with the right support, that could change.

Redding argues hemp also should be treated like other crops in terms of Specialty Crop Block Grants (SCBG) and crop insurance eligibility. He also sees the need for more clarity from the Food and Drug Administration (FDA) around cannabidiol (CBD) products. Right now, he says, “in the absence of them inserting, in a very intentional way, guidance around this, we now have this marketplace that's got a lot of different things in it. Some of it tested, some of it, obviously not. That makes us very nervous.”

Redding said both for food and animal feed, FDA is the agency that can regulate what’s allowed.

“It needs a tolerance level set by the federal government so there is a standard, and not 50 standards,” he said.

Miller says at the start, 70% to 80% of hemp grown was aimed at the CBD market. Now, particularly with the Biden administration’s emphasis on sustainable agriculture, that’s starting to change.

“[Hemp] takes up carbon in the soil, it uses a lot less water than other fiber crops like cotton, and hemp products are biodegradable,” he said. “We are really exploring ways to take advantage of this focus on climate change remediation to help build the infrastructure for hemp.” He agrees some clarity from FDA would also help.

As to the THC restriction, the content that gets tested is delta-9; while some growers had to destroy crops with slightly more than 0.3% delta-9 THC (tetrahydrocannabinol), Miller says, it turns out delta-8 THC can be intoxicating. When the final 2018 negotiations landed on 0.3% delta-9 THC as the limit, Miller says, “we really didn't understand delta-8 THC. And since then, we've seen a lot of products crop up that are intoxicating.” That’s an unintentional loophole he’d like to see closed in the next farm bill.

Pingree adds that in the growing number of states with legal cannabis production, including Maine, that plant is currently a much higher-value crop, a fact that she says should make it “much easier to just have straightforward hemp laws.”

“Nobody is going to grow hemp because they think they might, like, sneak the THC over a certain limit and make big bucks off of it,” she said. “We should just get over it and treat hemp like an agricultural crop.”

Hemp has generally been a bipartisan topic, with Senate Minority Leader Mitch McConnell, R-Ky., being a proponent thanks to strong interest among farmers in his state. 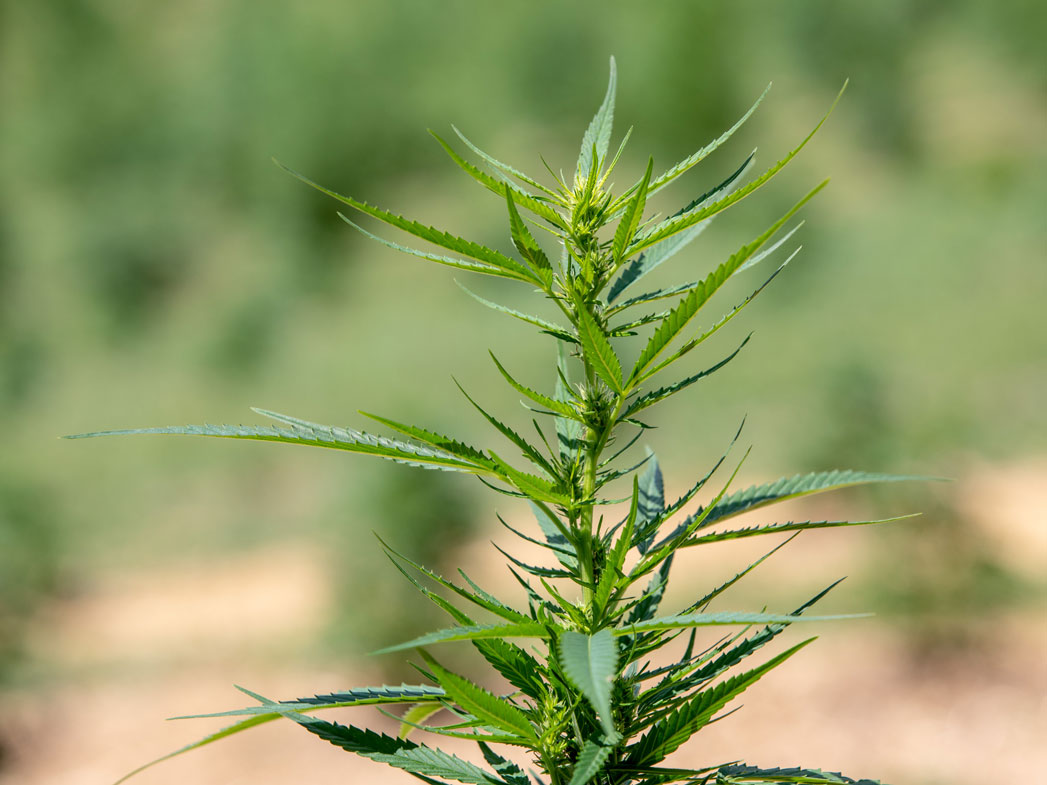 “It is impossible to overestimate the role that Mitch McConnell's played, not just in the 2018 farm bill, but the 2014 farm bill that was the precursor,” Miller said. “His role going forward will be invaluable as well.”

Pingree recognizes that an election year can muck up even long-standing bipartisanship, but she’s hoping her bill will get a hearing soon and the farm bill will ultimately clear up some of these hemp concerns.

“Far be it from me to, you know, misread the crystal ball on these things, because anything can happen,” she said, “but I don't think this is one of those big controversial items.”