Farmer takes a stand in Ukraine despite war perils

Kees Huizinga has been farming near Kyiv, Ukraine, for 20 years and he’s determined to continue this year even as Russian bombs fall nearby, diesel fuel and other inputs are increasingly sparse and he sees little hope of being able to sell his crops.

The Dutch native left Ukraine last month to implore European leaders to help Ukrainian farmers and highlight their plight, but he didn’t stay in the comfort of the west. After a two-day journey via rail and automobile, Huizinga arrived back at his 40,000-acre farm and 2,000-head dairy operation Wednesday to help his workers – those who hadn’t yet taken up arms to fight – prepare to plant spring crops this month and harvest winter wheat in July.

“I’ve been working with these guys for 20 years,” he said. “I can’t just leave them to do it alone.”

Huizinga hadn’t yet arrived back at his farm, but he was already strategizing.

“For planting, we have enough (fuel) ... for the corn we need another 1,000 tons of fertilizer,” he told Agri-Pulse as he drove the final stretch of his journey. “That’s the question – can we get it or not.”

While Huizinga says he thinks he has enough supplies to get his corn, spring wheat, sunflowers and soy planted, other farms are not so lucky.

Farmers “further to the north, the east and the south don’t have everything and they can’t get it because it’s too dangerous,” he said. “They’ll be having problems.”

Last Saturday, Huizinga said he got reports of a rocket attack on a nearby village. It destroyed a garden, but didn’t kill anyone, he said.

As for harvesting winter wheat, barley and canola, Huizinga says he’s less confident. His farm recently got delivery of some diesel fuel he’ll need for planting spring crops, but it’s unclear how much he’ll have for the harvest of his winter crops.

When asked if he’d be able to bring in the crops, he responded: “If we don’t run out of fuel. We’ll see if we can get more fuel because the Russians keep bombing all the fuel depots. Yesterday night they bombed a big diesel depot.”

A bright spot on the farm is Huizinga’s dairy operation. He says he has plenty to feed the cows because some feed mills are operational and processors are still taking the milk.

“Factories in the west still take our milk and they still pay for it and every now and then we give some away,” he said. “And (the processors) give products away free to the army and people in bomb shelters.” 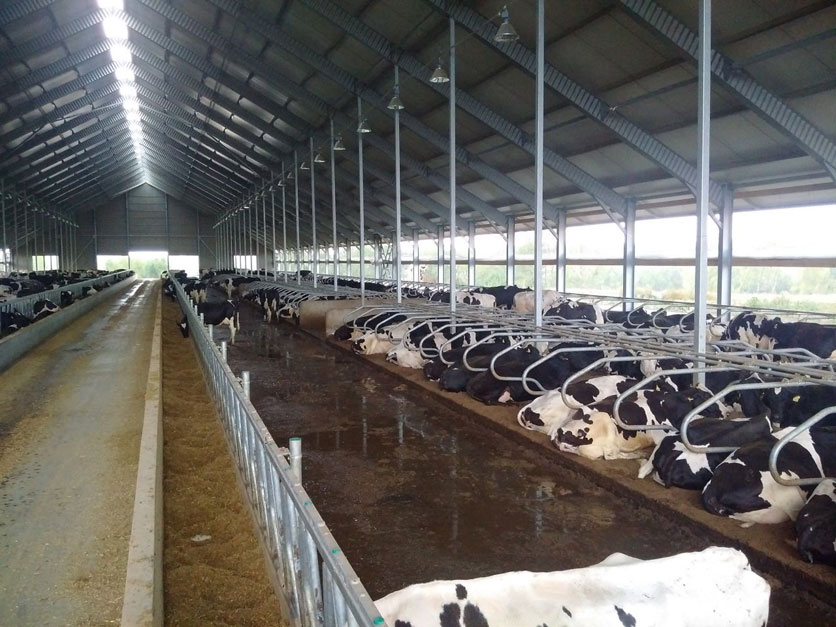 Huizinga's farm milks about 2,000 head of dairy cattle.But planting and harvesting – as fraught with difficulties as they are – pale in comparison to what Huizinga sees ahead for selling his crops.

Ukraine has millions of tons of grain in storage – enough to supply the country for the foreseeable future, according to political leaders and analysts – and farmers like Huizinga rely on exports to stay viable. People in North Africa and the Middle East depend on affordable supplies from Ukraine and Russia. Those two countries last year were responsible for about 29% of global wheat exports and 17% of global corn exports, according to a CoBank analysis. Much of that grain goes to Europe, helping to keep food prices down for consumers there, but much of it also goes to developing countries that are constantly facing food shortages.

That trade balance was thrown out of whack when Russia invaded Ukraine and quickly blockaded Ukrainian ports that are responsible for as much as 90% of Ukraine’s exports.

Ukraine supplies about 48% of Tunisia’s wheat imports (Russia supplies 8%) and the war is already driving prices up in the North African country, according to USDA’s Foreign Agricultural Service.

“The Russian invasion of Ukraine has cut Tunisia off from its primary wheat supplier, exacerbating an already difficult situation,” says an FAS report out of Tunis. “Prior to the invasion, Tunisia faced high freight prices, a drought across North Africa that is increasing demand for wheat imports, and a fragile economic situation that weakened the Office of Cereals’ ability to efficiently import grains. With the loss of Black Sea suppliers, Tunisia will now be forced to bear the additional costs associated with the loss of approximately 30% of the world’s exportable wheat supply.”

And countries like Serbia and Turkey are banning some ag exports to counteract the loss of imports and protect domestic supplies.

Huizinga says he wants to help – his viability as a farmer depends on his ability to do so – but he says he doesn’t see how he can.

For now, Huizinga says his plan for his winter wheat is to “put it in storage,” because there’s nothing else he can do. 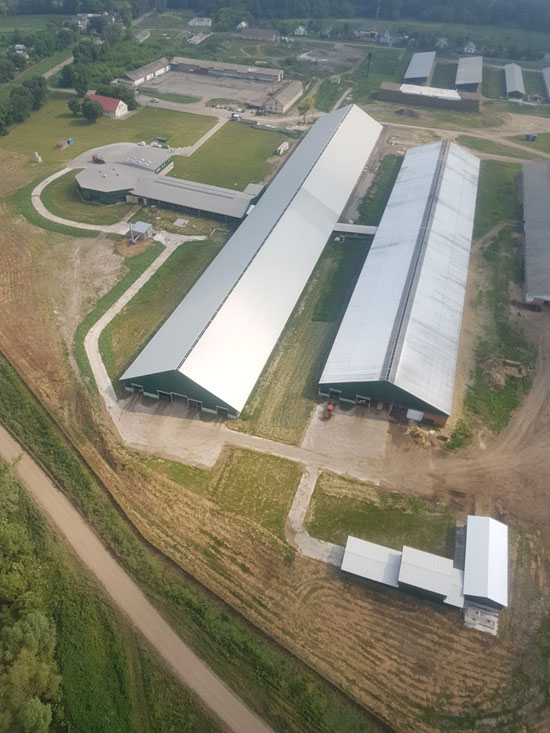 There are reports that railway service for grain has opened up on the western border, but only relatively small amounts can get through and Huizinga dismisses the potential gateway.

“Everyone is saying Ukraine is starting to export with railways to the west,” he said. “Some people will try … but for the country as a whole, it doesn’t mean anything.”

Ukraine Agriculture Ministry officials are predicting that between 300,000 and 500,000 tons of grain can be exported monthly by rail, which is not much compared to the 7 million tons normally exported each month when Black Sea ports are open.

Huizinga says his primary hope now is that the U.S. and European Union will help negotiate a lifting of the Russian blockade that prevents Ukraine from loading Panamax-size ships with wheat and corn.

“The politicians love talking about this,” he said, but stressed it’s just talk.

When asked how his farm will survive if he can’t sell his wheat, corn, barley, canola, sunflower and other crops, Huizinga said: “We won’t. And that’s exactly what (Russian President Vladimir) Putin is aiming for.”