The war rages on, but Ukraine is already looking ahead to the costly task of rebuilding the country. A new estimate from the Kyiv School of Economics indicates the agriculture sector has already suffered $27.6 billion in damages.

U.S. Agriculture Secretary Tom Vilsack vowed earlier this month that the U.S. will help Ukraine repair the damage from the Russian onslaught, but the price tag continues to grow.

It is unclear how much longer farmers can stay in business, as their resources dwindle and profits disappear, says Roman Neyter, a researcher at the Kyiv Institute's Center for Food and Land Use and lead author behind two new analyses published by the university.

At the core of the estimate, conducted using models from the United Nations' Food and Agriculture Organization, is $4.3 billion in damages to the physical structures, land and machinery that are the backbone of Ukraine’s ability to produce wheat, corn, barley and vegetable oil.

The Russian military did about $2.1 billion in damage to Ukraine’s farmland and unharvested winter crops and destroyed $926 million in farm machinery, $272 million in storage facilities, $16 million worth of livestock, $613 million of stored grain, $120 million of inputs and $89 million worth of perennial crops, according to KSE’s Agricultural War Damages Review. 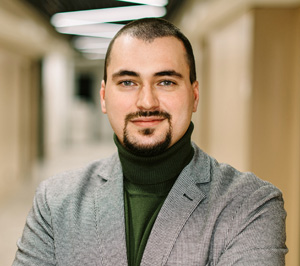 The overall number for the first three months of the invasion totals $23.3 billion

“The forgone revenue is the difference between the actual revenues and the revenues that could have been realized" without the invasion, the study concludes. “Thus, estimating losses is vital to assess the needs required to rehabilitate and restart production.”

Perhaps the most damaging impact of the war to farmers is their inability to export through Ukraine’s Black Sea ports. The Russian navy maintains a blockade, and Ukraine keeps the foreign fleet at bay with sea mines.

While grain prices have risen sharply for countries in places like Africa and the Middle East that depend almost completely on imports from Ukraine, Ukrainian farmers are getting just a fraction of what they need on the over-saturated domestic market that they are forced to sell into because of the Russian blockade.

“None of our seaports are open,” Neyter told Agri-Pulse in an interview. “We cannot export, so we have an extremely high supply of grain and oilseeds here on the local market, but very little demand.”

The topic of getting Russia to lift the blockade was a major topic at the G7 summit this week that President Joe Biden attended in Germany, but no solutions were reached, according to a senior White House official.

“I think it's fair to say that leaders were focused on discussing a range of approaches to addressing the issue of how … to facilitate Ukraine's grain to global markets,” the official told reporters in a briefing Tuesday. “I don't have anything specific to add in terms of particular pathways or routes and assessments of them.”

Overall, the massive disruption to logistics has resulted in about $11.9 billion in losses for Ukraine’s ag sector, according to the KSE analysis. That breaks down into losses of roughly $3 billion for wheat, $4.1 billion for corn, $4.2 billion for sunflower seeds and $670 million for barley.

Another major source of losses for Ukrainian agriculture has come from the Russian occupation of territories – even those territories that Ukrainian soldiers reclaimed after repelling the invaders.

“Following the outbreak of war, we saw the [disruption] of all logistics,” Dadus said in a webinar hosted by the Ukrainian Agribusiness Club. “It was a shock and a big loss of milk. And there was also a big problem with inability to milk cows, inability to go to the farm, to feed animals properly. So that was a big problem in the areas which were under occupation.”

Petro Melnyk, CEO of Agricom Group, is proud of the company’s three-year-old processing plant in Chernihiv that makes cereal flakes from the grain the company farms nearby, but disaster struck when Russian forces overran the region and took control.

Russian forces occupied the region for about four weeks and the damage was severe – not just to the fields and machinery, but also to the employees who could not flee in time.

“We didn't have any information about the situation on this plant,” Melnyk said in a presentation for the Ukrainian Agribusiness Club. “We just got information that one of our employees who have been involved in the process of security of this plant has been taken by the Russian troops and disappeared. And when we just got access to this plant, unfortunately, we saw they killed our employees. And it's one of the challenges which I have never predicted.”

Now the facility is up and running, but only at 50% capacity. About half of the tractors and farming machinery were destroyed. The Ukrainian military is removing the mines from the fields, but work is slow, and Melnyk says farmers are only expected to seed about 20% of the land this year.

Mines left behind under the soil where grain seeds once grew are a major problem, according to the KSE studies, and so far the price tag for clearing them all is estimated at about $436 million.

“The second type of damage is physical damage to the fertile soil layer, e.g. the craters from artillery shelling and missile strikes, damage caused by the tracks of tanks and other military vehicles,” says the War Damages Review. “Such damage is expected in the areas with active military hostilities. The subsequent land restoration requires recultivation and surface smoothening. The cost of recultivation of such lands is estimated at $39.6 million.”

Biden and other G7 leaders pledged this week to help rebuild Ukraine by using the revenue from sanctions on Russia.

“What I hear over and over again from farmers is that they cannot sell their product,” Neyter said. “I am afraid we will see a massive decline this year if the situation doesn’t change.”