Fertilizer prices were already soaring due to weather and supply chain shocks exacerbated by the COVID-19 pandemic before Russia invaded Ukraine in February, leading USDA to announce a $250 million investment in new U.S. production capacity.

And while the investment is being welcomed by the ag industry, the question is how much impact it will have.

“It's not going to make a lot of difference, but it does signal, I suppose, concern on the part of the administration that this is a problem,” says Gary Schnitkey, a University of Illinois ag economist.

Shortages began occurring last fall, largely due to scheduled shutdowns at some fertilizer plants, Schnitkey said, but Hurricane Ida in late August also caused a significant reduction in the supply of natural gas, which is used as a feedstock in fertilizer production.

USDA has not provided specific details on how it will spend the $250 million, which will come from the Commodity Credit Corp., but did outline some of its goals, saying it would support independent production — “outside the dominant fertilizer suppliers, increasing competition in a concentrated market” — made in the U.S. to reduce dependence on imports, innovative, sustainable, and “farmer-focused.”

The Fertilizer Institute says it will be talking to its members to see if any can take advantage of the new program, for which USDA says it will release application details in the summer, “with the first awards expected before the end of 2022.”

“I think it's an opportunity for us to work with our members and try to help them best utilize those funds to really, truly increase domestic fertilizer production in the U.S.,” says Ed Thomas, vice president of government affairs at TFI.

But it likely won’t be used to build new anhydrous ammonia plants, which can cost “a billion (dollars) or more,” Thomas says. “And you can't just turn a phosphate or potash mine on, it takes 10 years to get a permit.”

Two companies that have been successfully making new products that they say meet the goals of the USDA program plan to apply for funding to accelerate their production.

Ostara produces Crystal Green, which has an NPK analysis of 5-28-0 with 10% magnesium, by recovering nutrients from wastewater at treatment plants in the U.S. and overseas, and also by taking conventional ammonium phosphate and magnesium converting it from a highly water-soluble form into Crystal Green, a struvite-based product the company calls “sparingly water-soluble.”

Ostara also recovers nutrients from wastewater at treatment plants in North America and overseas to produce Crystal Green Pearl. Both products are sold for ag and turf and ornamentals.

The fertilizer is 100% soluble in organic acids, such as citric acid, naturally released from roots.

Being citrate soluble and not water-soluble means the nutrients remain in the soil until they’re ready to be taken up by the plant, says Ostara Chief Revenue Officer Ron Restum, a fertilizer industry veteran who joined the company a year and a half ago.

“It's super available to a crop,” he says, and because of its lack of water solubility, doesn’t run off or leach, leading to the development of blue-green algae in waterways.

After fall application, "it doesn't matter if you get massive amounts of snow and rain, it's still going to be there,” Restum says.

Ostara has a plant in Florida producing and shipping 30,000 tons of Crystal Green a year, a drop in the bucket compared to the more than roughly 20 million tons estimated to be used annually in the U.S. But the company also plans to build a plant in St. Louis with a capacity of 200,000 tons that is expected to be complete by fall 2023.

“With continual pressure to improve yield and quality while reducing environmental degradation, growers are looking for more efficient and innovative fertilizers,” the company said in a news release issued Tuesday. “Growers applying Crystal Green are experiencing results that outperform the use of conventional fertilizers while protecting the environment.”

“We thought we fit in the category pretty well — new, highly efficient, innovative, U.S.-based, selling to U.S. customers,” Restum says of USDA’s new grant program. “And having a big, strong data-driven environmental story as well as an agronomic story.”

Anuvia Nutrients is another company looking to benefit from the grant program. It takes organic wastes and converts them into a product it calls SymTRX (sim-trex), a biobased granular fertilizer line with analyses of 16-1-0-20S and 14-24-0-10S.

Anuvia CEO Amy Yoder says SymTRX is currently on 2 million ag acres, including corn, soybeans wheat, cotton and rice. Its plant in Florida is currently producing about 100,000 tons and is being scaled up to 400,000 tons.

But Anuivia plans to expand to 1.2 million tons using two more “manufacturing trains,” she says, and funding from USDA could help it get from 400,000 tons to 800,000 tons.

Even with an expansion, the company still would be small compared to the biggest players in the market, but big for a specialty fertilizer company, she notes.

The advantage of the product “is when we take the wastes and break them down, we do it in a very sterile, clean way,” she says. The process adds the nutrients to make what she calls “a bio-based fertilizer that plants can utilize just like a conventional fertilizer, but it's actually much more efficient, because all the nutrients are in the plant-available form.”

“You don't have the volatilization like you do with existing nitrogen,” she says. “We actually are 50% less volatile than urea from a nitrogen perspective — that means less greenhouse gas.”

Nitrous oxide (N2O) is a greenhouse gas 300 times more potent than CO2, and ag soil management accounted for 74.2% of all N2O emissions in the U.S. in 2020, according to the Environmental Protection Agency,

Yoder also says the product returns about 16% organic matter to the soil, “and that actually feeds the soil microbes. More microbial activity is overall better for soil health and vitality in the long run.” Field trials and grower feedback show growers can get a 5-15% boost in yields, she says.

Anuvia plans to apply for funding from USDA, “because we think we can utilize it to get to that next level of production,” she says. “And from our understanding, when we read it, they're looking for a sustainable solution that's domestically produced in the United States, and we qualify for that.” 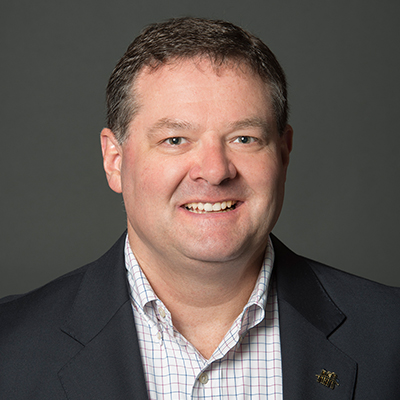 But there is still skepticism about the value of the program. Daren Coppock, CEO of the Agricultural Retailers Association, says as far as competing with the “big players” in the fertilizer market, “I just don't know that this is going to have any effect in that area whatsoever.”

Coppock would prefer to see expanded oil and gas production in the U.S. and the removal of duties on UAN solution from Trinidad and Tobago.

“That's a slam dunk if they've got the authority to make the change,” he says.

“We're just one solution,” she says. “As with everything, I think as technology evolves, I think there will be the opportunity where we can move away from conventional fertilizers, but not at this immediate time.”

“It's a little bit like moving away from fossil fuels. It's not going to happen tomorrow,” she says. “I think if you put people's minds to it, you can definitely see change, and new technology will come to fruition. But it happens over time.”