Legislation that would bring sweeping reforms to the way cattle are bought and sold had its day on Capitol Hill Tuesday, but the bill’s prospects going forward remain bogged down in the complicated politics of the beef industry and Capitol Hill.

Tuesday’s hearing on the Cattle Price Discovery and Transparency Act featured familiar viewpoints on the issue that has been hotly debated in congressional hearing rooms and farm group policy sessions in recent years. But after the get-together, Sen. Deb Fischer, the Nebraska Republican pushing the bill along with fellow GOP committee member Chuck Grassley and Democrats Ron Wyden and Jon Tester, said she’d like to “look at getting it on a vehicle that’s going to move.

“Hopefully we get it out of the Senate before August,” she added.

A Schumer spokesperson did not respond to a request for comment.

The bill would have a logical path forward on an effort to reauthorize mandatory price reporting legislation, which must be done by the end of September. There’s also the upcoming farm bill due to be reauthorized in 2023 and in the shorter term, there's legislation that could move across Capitol Hill, such as a bill to address competitive issues with the U.S.-China relationship. 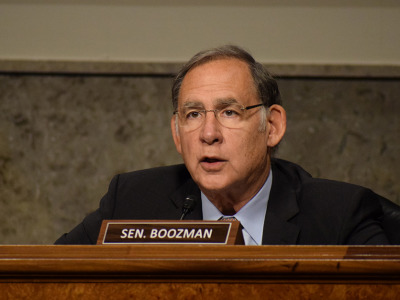 But Sen. John Boozman, Senate Ag’s top GOP member, tells Agri-Pulse he expects to see the bill’s sponsors want to address the issue prior to farm bill consideration. However, he doesn’t think the prospects for immediate floor consideration are high.

“I think we're way too early in that phase right now,” he said. “There's other issues that we're facing and floor time is at a premium.”

He added that he didn’t think the measure could be folded into the competitiveness legislation, which has taken on many different names but is currently subject to the whims of negotiations among congressional leadership.

While Tuesday’s hearing may have lacked any kind of broad sea change among those opposed to the bill, it did offer supporters from both parties a chance to underscore the urgency of their effort.

Fischer and Grassley are seeking to use their bill to curb the influence of the nation’s largest beef packers by mandating regional cash trade minimums throughout the country. Another bill before the committee would create a special investigator to track Packers and Stockyards Act compliance throughout the sector.

Fischer presented a letter from Nebraska Cattlemen President Brenda Masek that said while many ranchers in the state agree that market issues need to be addressed, “none of our producer members we encouraged to testify were willing to put themselves out front for fear of possible retribution by other market participants— an unfortunate reality of today’s cattle industry.”

Other proponents of the legislation said it was a necessary measure to promote price discovery and transparency in the sector. But Stephen Koontz, a professor and extension economist at Colorado State University, disputed that notion in terms similar to those he used in a presentation to American Farm Bureau Federation members in January. There, he said the bill – which was in a previous form prior to updates to the legislation in March – would cost about $50 per head. 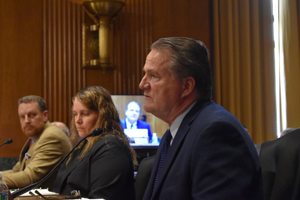 Koontz’s view was buttressed this week by a study from Texas A&M, which said the bill would present a “significant” burden of change on the pricing practices of Southern Plains cattle producers. That study also concluded the updated version could end up having more costs associated with it than the previous form of the bill.

For his part, Boozman said the hearing had not changed his stance on either piece of legislation that came before the committee and said he remains concerned about the prospect of mandated trade requirements.

“I think you're picking winners and losers,” he said. “The industry is going more toward being able to forward contract, and there's a lot of reasons for that. So I think that that would be the wrong direction.”