Daybreak June 22: Grassley: We’ve got the votes for market reforms

Today marks a milestone in a long-running battle over the livestock industry and efforts to weaken the power of large processors. The Senate Agriculture Committee is expected to approve a pair of bills, one that would mandate minimum levels of cash trading in cattle markets and a second that would create a special investigator’s office in USDA’s Packers and Stockyards Division.

Sen. Chuck Grassley, R-Iowa, is expressing confidence that both bills, including the Cattle Price Discovery and Transparency Act, have the necessary Republican support to pass the Senate.

The House passed a version of the special investigator bill last week as part of a package of measures called the Lower Food and Fuel Costs Act. The legislation includes a measure to allow sale of E15 year-round.

“I certainly hope as soon as we return to Washington after our July break, that (Majority Leader Charles) Schumer will put these bills on the floor for a vote,” Grassley told reporters Tuesday. "I’m confident the Senate has 60 votes to pass the Lower Food and Fuel Costs Act. We can restore transparency in the cattle market and provide year-round E-15.” 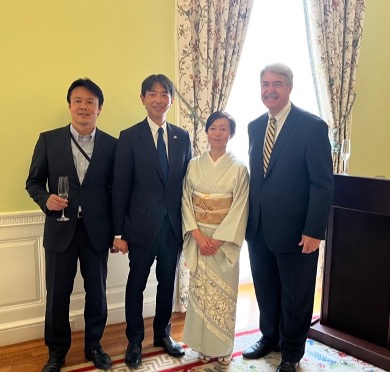 By the way: Ahead of today’s committee debate, 21 state Farm Bureau presidents signed a letter opposing the Cattle Price Discovery and Transparency Act. The letter says top economists found that “a federal mandate in the market will cost cow-calf and stocker operators anywhere from $50-85 per head, if not more, on the price they receive for their cattle. It is clear the mandate is not the solution to higher cattle prices and profitability for farmers and ranchers.”

The North American Meat Institute, which represents meatpackers, noted that cattle prices are running at or near record highs.

SCOTUS leaves Bayer to fight Roundup claims
Bayer will have to continue chipping away at its backlog of Roundup cancer claims one by one, following the Supreme Court’s denial of a petition filed by its legacy company, Monsanto.

At issue was the question of whether state tort law claims like the ones brought by California man Edwin Hardeman, who won a $25 million verdict upheld by the 9th U.S. Circuit Court of Appeals, are pre-empted by the nation’s pesticide law, FIFRA.

Specifically, the issue comes down to whether the state of California can put a label on Roundup warning of its potential to cause cancer even though EPA has concluded it’s unlikely to do so.

Bayer says it’s disappointed in the SCOTUS decision, which may have been aided by a solicitor general’s brief backing Hardeman. Bayer estimates there are about 30,000 cases or potential cases in the wings. “The company is fully prepared to manage the litigation risk associated with potential future claims in the U.S.,” Bayer said Tuesday.

Farm groups’ reaction: Corn, cotton, soybean and wheat growers, as well as the American Farm Bureau Federation say they “will be considering today’s decision and what additional reforms may be needed to prevent a patchwork of state labeling requirements from disrupting commerce and undermining science-based pesticide regulation.”

Leaders of the Senate Ag Committee and the House Education and Labor Committee have reached an agreement to extend key waivers for school nutrition programs ahead of a June 30 deadline. The two committees have jurisdiction over child nutrition programs.

Republicans had objected to extending the pandemic-related waivers due to the cost. But the ranking member of the House committee, North Carolina Rep. Virginia Foxx, says the new Keep Kids Fed Act would be budget neutral.

“With 90% of our schools still facing challenges as they return to normal operations, this will give our schools and summer meal programs much-needed support to deal with ongoing food service issues,” said Senate Ag Chairwoman Debbie Stabenow, D-Mich. “Congress needs to act swiftly to pass this critical help.”

Donated grain storage units on the way to Ukraine

Massive plastic bags and temporary silos that the U.S., Canada, UK and European Union promised to provide to Ukraine are now being shipped to farmers in the war-torn country as they begin their summer harvests.

Temporary structures being sent by the U.S. and Canada will hold about 5,000 tons of grain, according to the Ukrainian Agriculture Ministry. Other donors are sending massive plastic sleeves – basically big bags - that will hold 20,000 tons of grain.

Why it’s important: Ukraine’s grain exports are severely hampered by the war. Russia maintains a blockade that has shut down the three main Black Sea ports from which Ukraine traditionally exported. That has trapped a lot of grain inside the country, leaving little space for incoming corn, wheat, barley and other crops. Ukraine is expected to begin its summer harvest soon.

One project would identify measures EPA can take to protect a dozen pesticide-sensitive species, including the rusty patched bumblebee. The second project would allow EPA to implement restrictions to protect a particular species from a certain type of pesticide.

Lori Ann Burd, environmental health director at the Center for Biological Diversity, says that protecting endangered plants and animals “will require meaningful, on-the-ground protections like those laid out in these promising pilot projects. The EPA must quickly deploy these critical conservation measures on a broad scale out in the real world.”

He said it. “The administration is doing the right thing. They are supporting the family farmer.” - Sen. Chuck Grassley, R-Iowa, on the Biden administration siding with the National Pork Producers Council and American Farm Bureau Federation in a challenge to California’s animal housing initiative, Proposition 12.