The Grower-Shipper Association of Central California (GSA) has appointed Victor Ramirez as the new vice-chair and Greg Beach as the new secretary of the board of directors. Ramirez and his brother founded NorCal Harvesting in 1995 and Bayview Farms in 1999. He is a third-generation strawberry farmer and grew up working alongside his parents and six siblings where he learned the technical aspects of farming. He has been a member of the GSA Board since 2018. Beach has spent his entire produce career with Steinbeck Country Produce and is the vice president of sales. Beach joined the board this year. In addition, Chad Amaral, vice president of D'Arrigo Bros., Kristina Nunes, food safety and sustainability director of Nunes Company, and John Wilkinson, co-founder of Bla 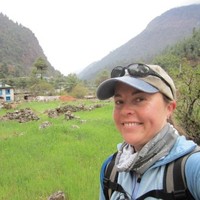 Edie Marshall, California Department of Food and Agriculturezer Wilkinson, were appointed to the GSA board of directors.

Edie Marshall, manager of the California Department of Food and Agriculture’s Antimicrobial Use and Stewardship Program, has been appointed to the American Veterinary Medical Association Committee on Antimicrobials.

Matthew Swanson assumed the role of Water Commission chair by a unanimous vote. Swanson had been vice chair and will serve the remainder of former chair Teresa Alvarado’s term after she abruptly resigned last month. Swanson is one of two agricultural members on the commission. He runs a large feed provider for dairy and other livestock in Turlock.

Michael Lacey has been brought on as the business development manager of Equitable Food Initiative (EFI). Lacey brings 30 years of sales and marketing experience. He began his career working for Marriott Hotels International and then began selling branded fresh produce commodities to retail and foodservice companies. Later in his career, Lacey started his own sales and consulting company for grower-shippers in the fresh produce industry before joining EFI.

The Farm Credit Administration has selected Sandi Walters as its new chief financial officer and director of the Office of the Chief Financial Officer. She succeeds former CFO Steve Smith, who retired in December. Walters has been serving as acting CFO and acting director of the Office of the Chief Financial Officer since the FCA board appointed her to those positions on Jan. 31. Walters served as a finance officer at the U.S. Census Bureau for five years and as deputy CFO, and later CFO, of the Department of Commerce's Economic Development Administration for eight years. She also worked for the National Oceanic and Atmospheric Administration for more than 12 years, serving first as chief of the Accounting Operations Division and later as chief of the Business Management Fund Division.

Brandon Barnett has accepted a new job with the International Fresh Produce Association as government affairs manager. Barnett will start in his new role on May 2. He previously worked at Michael Torrey Associates as a policy and communications coordinator 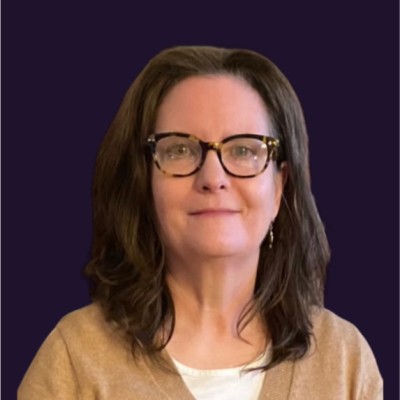 R.J. Layher has joined the staff of the American Farm Bureau Federation as a director of congressional relations, where he’ll handle livestock and risk management policy. Layher’s career includes previous stops at USDA’s Risk Management Agency during the Trump administration and as an ag staffer on Capitol Hill for Illinois Republican Rep. Mike Bost.

Michael Stein has joined the Democratic staff of the House Agriculture Committee. Stein will serve as professional staff covering rural development and research issues. He previously served as counsel for the House Small Business Committee. He received his law degree and a master's degree in environment and resources from the University of Wisconsin. Before coming to work on Capitol Hill, he was with the Organic Farming Research Foundation.

Abigail Struxness has left the American Seed Trade Association, where she was the senior director of international programs and policy. Before joining ASTA, Struxness served as the policy and program manager at the Agriculture Transportation Coalition. Struxness has accepted a new job outside of farm policy.

John-Campbell Barmmer died on April 18 at his home in Glen Mills, Pennsylvania. He was 76. In his career, Barmmer held many senior leadership roles for over 20 years with Chiquita Brands. He was later tapped to lead the newly organized Chiquita Tropical Products group as president. Barmmer left Chiquita in 1989 and moved to south Florida to open his own floral import and marketing company. He also joined the Chestnut Hill Farms management team as director of business development. After announcing his retirement, Barmmer and his wife relocated to Pennsylvania.