How Cory Booker wants to reshape the farm bill

Cory Booker is on a mission to fix what he calls the “broken American food system.” As one of the newest members of the Senate Agriculture Committee, the New Jersey Democrat and self-professed vegan is positioned to shape the next farm bill.

The former presidential candidate has made news for his tenacious questioning of witnesses before the Judiciary Committee, including his strong defense of Supreme Court Justice Ketanji Brown Jackson when she was up for confirmation.

But he tells Agri-Pulse he’s also determined to have an impact on the Agriculture Committee, by redirecting U.S. farm policy.

“We're doing too much to aid the corporatization of farms and monopolization of farms, and not the farmers that have been a part of American heritage from the beginning of our country,” Booker said in an interview. “Every issue that I'm passionate about that people may know me about intersects with the broken American food system, from economic justice to racial justice, to environmental justice, to climate change. All of these issues are deeply rooted in this broken American food system.”

Booker outlined three priorities in the upcoming farm bill: a realignment of federal nutrition subsidies to address nutrition insecurity, addressing what he calls “hyper-concentration” in the ag industry, and investing in local and regional food systems.

The former Stanford University football player has already shown he's not afraid to take on members of his own party, namely Agriculture Secretary Tom Vilsack, whom the senator dressed down during a recent closed-door caucus lunch. The incident was first reported by Axios and confirmed by Agri-Pulse.

The source said Booker, who “never yells,” raised his voice and “went over the facts” of how much more expensive healthy foods are to purchase.

Vilsack declined to comment on the exchange, saying it was off the record. 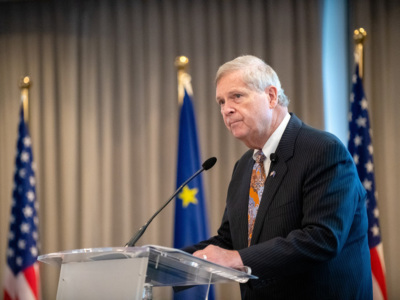 Booker’s interest in nutrition is rooted in his background in Newark, New Jersey, where he moved after graduating from Yale Law School in 1997 and still lives.

Newark has a poverty rate of about 26% and a median income just above $37,000. The city is made up of nearly 50% Black residents and more than 36% who are Hispanic. Earlier this year, the New Jersey Economic Development Authority named several locations in the city a “food desert,” an area where it is deemed difficult to purchase healthy and affordable food.

Booker claims food deserts are a symptom of federal policies, including the farm bill.

“If you come to my community … I can show you that you can walk into a bodega and find a Twinkie-like product cheaper than an apple because of our misalignment of subsidies,” Booker said. “In our system, we’ve just got to make sure that every American in our country, the richest nation in the world, has enough food to eat and also make sure that communities have access to affordable, nutritious foods like fruits and vegetables.”

“I think there’s a movement, a food movement, going on in America where more and more people are waking up to the crisis we have and understanding that things like a farm bill are essential to fixing the problem,” Booker said. “But unfortunately, right now [it’s] often structured in a way that is protecting the status quo.”

To fix it, Booker says the next farm bill should “align our federal agricultural subsidies with our federal dietary guidelines.”

Booker hasn’t offered specific proposals for redirecting commodity program spending, although he suggests more money should be going toward production of fruits and vegetables. Existing subsidies are primarily directed toward row crops and dairy. Producers of other commodities, including fruits and vegetables and meat, have generally favored support in the form of disaster aid, crop insurance and research funding over direct production-based subsidies.

Booker asserts that U.S. agriculture is in crisis because of the declining number of farms, a long-term trend as operations have grown in size.

“Folks who are in these economic crises, who are facing the loss of their farms. It's not because they're bad farmers or bad businesspeople, it's because the system has changed, and we’ve allowed it to as America.”

The Commodity Improvement Checkoff Reform Bill would bar checkoffs from engaging with organizations that actively lobby, require periodic audits by the USDA inspector general and require a report from the Government Accountability Office on program requirements.

Booker says the “checkoff system right now … has inherent conflicts” and that his bill would “eliminate conflicts of interest for people who ... run these checkoff programs.” Checkoff programs, which are funded by fees that are imposed on commodities, have to be approved by a producer vote. The revenue pays for research and promotion programs.

Another bill introduced by Booker, the Farm System Reform Act, would place a moratorium on new CAFOs and phase them out by 2040. The bill would also reinstate mandatory country of origin labeling for beef and pork and extend eligibility to dairy.

Democrats could reshape farm bill if impasse kills 2018 measure
How will the SNAP debate evolve – farm bill or entitlement reform?

“I believe that the broad coalition of stakeholders supporting this legislation, which includes family farmers and ranchers, public health, animal welfare, environmental justice, labor and faith-based groups is representative of a powerful grassroots movement that is growing in our country to fundamentally change our current food system and to transition away from large factory farms to a more sustainable and humane system,” Booker said of the legislation. “It will not happen overnight, but it will happen.”

Booker also is pushing for increased funding for the Environmental Quality Incentives Program and the Conservation Stewardship Program to promote the adoption of climate-related farming practices. 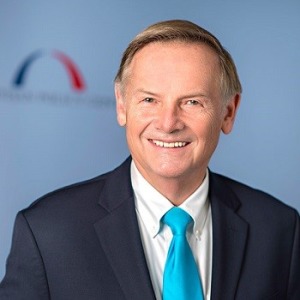 “I trust farmers and ranchers,” he said. “We know that the limited programs we have right now are so oversubscribed that the resources just aren’t there. Farmers and ranchers know how to take care of the climate, and we need to provide them much greater resources to do what they know needs to be done.”

Booker said the current farm bill is “too geared towards the big, massive, multinational corporate farms and their bad conservation practices, and not supporting independent farmers and ranchers who really want to be stewards of the land.”

About 98% of U.S. farms are family-owned, according to USDA.

Booker’s Climate Stewardship Act, which has not yet moved, would extend funding for existing conservation programs through fiscal year 2030. It would also boost funding to the programs, and create a civilian conservation corps to train individuals in wetland and forest protection.

Bill Hoagland, a senior vice president at the Bipartisan Policy Center and former aide to Republican senators, said Booker’s presence on the Ag Committee makes the possibility for real climate and conservation action in the 2023 farm bill more likely.

“I think he can play a major role in bringing to the table the role of the agriculture sector and its impact upon the climate … and what are the alternatives out there for production agriculture that can reduce the amount of our carbon imprint,” Hoagland said. “The other aspect of this … is soil conservation programs, and I think he can be a real leader [there].”

But Booker has also earned criticism for his activism around reducing the climate costs of production agriculture. He appeared in a New York Times video op-ed titled “Meet the People Getting Paid to Kill our Planet,” which pinned a large share of climate change on production ag and the ag lobby.

In it, Booker called for a moratorium on the largest “big, multinational factory farms,” and called for an eventual phase-out of them. He also said the climate justice movement is not paying enough attention to agriculture and food.

Booker told Agri-Pulse the video “could have made a more nuanced distinction between the factory farm system that feeds corporate agribusiness profits and the majority of independent family farmers and ranchers who want to be good stewards of the environment. The speed at which some members of Congress and representatives of federal agencies jumped to the defense of the Big Ag lobby is a clear sign of their control.”

Still, he defended the video's premise and doubled down on the need to rein in major players in the ag sector. 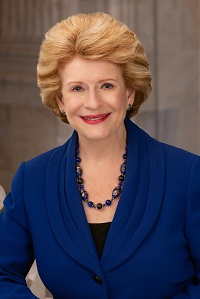 “I think the video was right to be trying to raise awareness of the disproportionate political power that the Big Ag lobby has. Since the 1980s we have not been enforcing our antitrust laws, and this has enabled a handful of consolidated multinational companies to not just corrupt the market but to also dictate a lot of our federal food and farm policy,” Booker said.

Though his aims are far-reaching, Booker may have one problem in seeing them become a reality in the 2023 farm bill: the looming 2022 midterm elections which could shift power in Congress to Republican control. Democrats could lose a seat or two on the Agriculture Committee, if Republicans win control of the Senate, but Ben Ray Lujan, D-N.M., and Raphael Warnock, D-Ga., are more junior than Booker.

“The first question is, will he be in the majority or the minority when the farm bill comes along? That may have some impact on his influence,” Hoagland said.

“They bring valuable new perspectives, so it’s great to have them engaged on how we can continue to support our farmers and keep food on Americans’ tables,” Stabenow said in a statement to Agri-Pulse.