Eight midwestern governors are asking the Environmental Protection Agency to allow their states to sell E15 blends of ethanol year-round, even if the product remains restricted in the rest of the country.

The governors of Iowa, Nebraska, Illinois, Kansas, Minnesota, North Dakota, South Dakota and Wisconsin sent a letter to EPA last week announcing their intention to opt out of the Reid Vapor Pressure (RVP) waiver program, which limits the sale of E15 in summer months.

If the agency writes a rule approving the states' request, which appears to be the direction the agency is headed, E15 would be regulated the same way as E10 in these states.

“The Clean Air Act is so clear in terms of the ability for a governor or a state to petition to have that RVP waiver removed that it seemed like the most obvious place to start in terms of working on these things,” EPA agricultural advisor Rod Snyder recently told members of the North American Agricultural Journalists.

The EPA currently must grant temporary emergency fuel supply waivers for E15 — a blend of 15% ethanol and 85% gasoline — to be sold at pumps during the summer, due to a higher risk of volatility in hot weather. E10, which contains 10% ethanol and 90% gasoline, was afforded specific volatility regulations when the Clean Air Act was written in 1978, allowing it to be sold year-round.

The Trump administration eliminated the summer restrictions on E15, but the decision was struck down by the D.C. Circuit Court of Appeals last July. President Joe Biden announced on April 12 that the agency would grant a temporary waiver for this summer to counteract fuel supply shortages and high gas prices stemming from Russia’s invasion of Ukraine.

But that decision leaves the 2,512 gas stations currently selling E15, according to statistics compiled by the Renewable Fuels Association, wondering whether they’ll be able to continue selling the fuel blend in subsequent summers. Exempting states from the program at their request is one of the few permanent options available, aside from new legislation or an agency rulemaking process that would eliminate the waiver program and treat all fuels the same.

The temporary waiver likely won't be repeated next year, said Iowa Sen. Chuck Grassley, a well-known champion of E15. “That sort of uncertainty is a problem for our ethanol industry,” Grassley said.

The bipartisan group of governors who petitioned EPA to allow year-round E15 sales in the Midwest stressed the need for a permanent solution. They said in the letter that allowing equal regulation of E15 and E10 in the summer could lead to a reduction in emissions of certain pollutants.

The regional approach seems to have some degree of support from the EPA. A large portion of the gas stations currently selling E15, Snyder estimates, are located in the eight Midwestern states that sent the letter and he said the agency is focusing its attention on that region as it weighs a path forward. 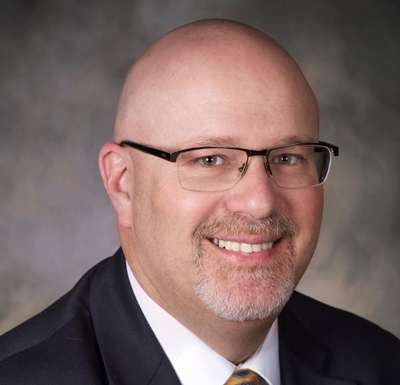 Troy Bredenkamp “They're certainly supportive of the state approach,” Troy Bredenkamp, the senior vice president of government and public affairs for the Renewable Fuels Association, said of the EPA. “They've told us they actually think that's one of the solutions to get us out of this kind of regulatory, legislative box that we seem to find ourselves in with E15.”

Under Section 211(h)(5) of the Clean Air Act, the agency has 90 days to promulgate regulations after receiving a request from a governor.

Growth Energy, another group advocating for ethanol, says allowing E15 sales in these states is a start, but the group still wants nationwide approval.

“With consumers saving as much as 60 cents a gallon, we still need a national solution for the other 23 states where E15 is sold and beyond, but we’re glad to see EPA closely watching what’s happening in the Midwest with the growing appetite from consumers for access to this low-cost, low-carbon fuel,” Chris Bliley, the senior vice president of regulatory affairs for Growth Energy, said in a statement to Agri-Pulse.

Bredenkamp said more states will follow the initial eight in using the Clean Air Act in requesting to be excluded from the waiver. Eventually, he predicts the EPA will cave to demands and consider implementing a permanent rule nationwide.

“I think the more states that we have take this issue into their own hands and request to get out of the waiver program, the more we will see that pressure ramp up to where EPA will just adopt it for everybody,” he said.