The Senate is beginning negotiations with the House over legislation aimed at boosting U.S. competitiveness abroad, even as there are new signs of division among senators over trade policy, including whether to fully reinstate an exclusion process on Section 301 tariffs on imports from China.

In an apparent sign of where sentiment lies in the chamber, the Senate voted 53-43 last week to approve a motion to instruct conferees to reinstate the exclusion process. Motions to instruct aren't binding, but they are intended to be marching orders for senators on the House-Senate conference committee assigned to negotiate a compromise version of a Bipartisan Innovation Act. The motion on the tariff exclusion process was sponsored by Sen. Pat Toomey, R-Pa.

The vote stands in direct contrast to an amendment the Senate last year adopted by a vote of 91-4 to the Senate version of the competitiveness bill. That amendment would reinstate a tariff exclusion process and was sponsored by Sen. Mike Crapo, R-Idaho, the top Republican on the Senate Finance Committee. 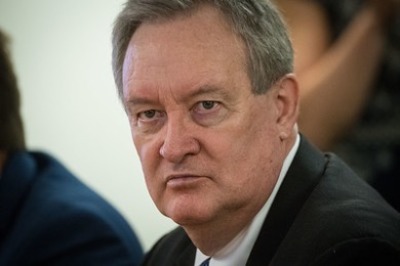 Crapo's amendment would also require the U.S. Trade Representative to formalize an exclusion process for all Section 301 tariffs in the future, require refunds for previously excluded products imported after December 2020 and increase transparency in the exclusion process by requiring a written response to accompany an exclusion denial.

The Biden administration in March did not fully renew Section 301 exclusions after they expired. Instead, USTR Katherine Tai exempted only 352 products from the tariffs. By contrast, the Senate bill would reinstate all products previously excluded — USTR through 2020 had excluded more than 2,100 products, according to the Congressional Research Service.

The softening from the Senate on exclusion reinstatement could hold ramifications for agriculture, especially when the House bill doesn’t include language on exclusions and is geared in a more protectionist form toward China.

Other provisions in the House bill, the COMPETES Act, that are not in the Senate version include a ban on de minimis provisions for non-market economies, an outbound investment review and a reauthorization of trade adjustment assistance.

Ag groups like CropLife America, which represents agricultural chemical companies, have been calling for the end of the Trump-era Section 301 tariffs and are supportive of the continuation of a comprehensive exclusion process.

In a December submission to the USTR’s most recent consideration of the tariff exemption process and whether to extend it, CropLife said it “supports taking the next steps needed to remove all the Section 301 tariffs and provide more stability for the U.S.-China trade and investment climate,” and also called for the USTR to extend its exemption for liquid paraquat, a commonly used pesticide. CropLife said the U.S. imports about two-thirds of its paraquat from China, which produces about 80% of the world's supply.

The exclusion for paraquat was preserved in USTR's decision.

CropLife, as well as other ag trade groups like the Agriculture Transportation Coalition, signed on to an Americans for Free Trade letter to Majority Leader Chuck Schumer and Minority Leader Mitch McConnell urging them to support Toomey’s motion.

“We want to make sure we can compete in tough global markets, and we want to enforce trade laws in a vigorous way,” Wyden said. “Senator Crapo got 91 votes when we debated trade in the Senate … that’s what the conference is all about, you sift through it.”

Wyden’s comments come as reports have surfaced that the former Trump officials including former USTR Robert Lighthizer have been lobbying to have the Senate cut language softening or excluding tariffs facing China, including the Section 301 exemption process. One source close to the discussion pointed to a Wall Street Journal editorial that reads, “our sources say Mr. Lighthizer warned that the wrath of Donald Trump would descend on Republicans who voted to reinstate the tariff exclusions — no matter that American businesses and customers would benefit.”

A GOP aide pushed back on the idea that Toomey’s motion was any sort of rollback and was rather a reinstatement of a policy that existed during the Trump administration.

“Let’s be clear: the exclusions process would not roll back Section 301 tariffs,” the aide told Agri-Pulse. “It would simply do what the Trump administration did for 30 out of the 31 months they were in office — allow American manufacturers with no alternative sourcing options to apply for temporary tariff relief.”

Sen. Chuck Grassley, who voted against the Toomey motion but for Crapo’s measure last year, told reporters he was “very impressed with what Crapo said … [and] that’s what sold me on the vote I cast.”

Sen. Richard Blumenthal, D-Conn., a member of the Senate’s Commerce, Science and Transportation Committee, also acknowledged that reconciling the two bills' trade provisions will be difficult.

“I think it very possibly could be [an issue],” Blumenthal said.