California is spending big on repurposing farmland, but critics say boosting food production during drought is a better goal

California lawmakers and the governor are hashing out the final details for investing billions of state dollars into a drought relief plan with long-term water investments and some benefits to farmers.

Last week the Legislature held the first public review of an $18 billion Senate climate proposal that houses a $7.5 billion drought and water plan. Then on Friday Gov. Gavin Newsom released a massive $300 billion state budget proposal that sets aside a $2 billion drought resilience and response package, along with several other water initiatives.

The flurry of budget activity around water rights, land fallowing and conservation incentives, however, is creating anxiety among agricultural advocates over which interest groups would ultimately benefit from the record spending spree.

The issue came to a head in a budget subcommittee over a Senate proposal to allocate $1.5 billion for buying out senior water rights through land acquisitions, under the purview of an advisory committee called the California Water Trust. The voluntary water reconciliation program would “rebalance the state’s water supply and water rights system, rather than relying on the current regulatory processes that have failed to provide adequate flows for decades and do not adequately anticipate changing conditions,” according to a subcommittee analysis of the plan.

The proposal is at odds with a deal Newsom struck in March with water contractors over voluntary agreements on Sacramento-San Joaquin Bay-Delta freshwater flows. The proposal called Newsom’s approach outdated and slow, claiming the agreements would not take effect for another two or three years. Rather than focusing on flows, the Senate plan would “permanently retire significant amounts of water demand” to rebalance California’s water needs. 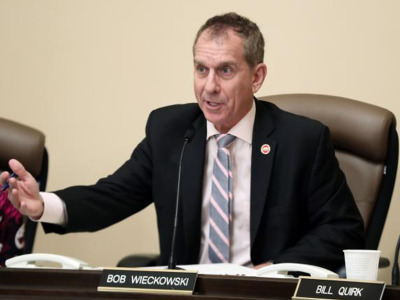 Heading off fears of a state water grab, subcommittee chair Bob Wieckowski of Fremont stressed the program would be voluntary, noting that some landowners simply want to sell their water rights and get out of the business.

“The state would act like a bank and hold onto those rights,” said Wieckowski, explaining that it would focus on “high-stress areas” that have problems with water allocations, and the program would use the land for groundwater recharge or environmental needs.

Republican Sen. Brian Dahle, who runs a seed and trucking operation in Lassen County and competes with nearby businesses in Oregon, was not convinced. Dahle, who is running for governor, has long argued that rising regulatory costs are driving companies out of California.

“When it comes to water rights, you're not a willing seller until you can't farm anymore,” he said. “There are thousands of farmers in California that are in that position because this Legislature put them in that position.”

While Dahle was not directly critical of the proposal, he viewed it as another way for Democratic leaders to delay action on a dire water situation facing farmers.

He blasted Democratic leaders for excluding above-ground storage investment from the package, which drew a rebuke from Wieckowski that the plan does set aside $1.5 billion to improve the watersheds that feed into reservoirs.

“The damage has already occurred to members in the agriculture community,” said Wieckowski, reasoning that constructing a new reservoir takes years while this package aims to provide immediate relief to Californians.

The 2021 state budget supplied $50 million in seed funding for a pilot program on repurposing land and the administration is proposing another $40 million—a sign of its hesitance in scaling up the program before knowing how effective it is.

Brown argued that the proposals would take land out of production and displace productive agricultural areas, reducing overall food acreage in California. He pushed lawmakers to instead support agriculture in “producing sustainable, economical, environmentally beneficial fruits and vegetables” and help maintain food security at a time of great uncertainty in the world.

“The food security issue is real,” added Gail Delihant, government affairs director for Western Growers Association, before noting that food security is already under threat with the implementation of the Sustainable Groundwater Management Act and subsequent land fallowing on the scale of 1 million acres.

Bob Reeb, a policy advocate representing water districts, argued the voluntary agreements would provide a better path than the Senate plan for balancing water needs and would be much cheaper.

“We can achieve that without the permanent purchase of senior water rights,” said Reeb.

Brown also questioned whether the government would be the best steward of the land, pointing out that rice growers have “done better than government can ever do” in creating food, jobs and more wetland acreage than the state has.

“And yet, we continue to see this focus of coming after and trying to purchase these properties,” said Brown.

He pointed to a recent industry study on converting rice lands into conservation habitat, which estimated the cost at about $11,000 per acre.

California’s success with dairy emissions is a model for the world, say UC Davis experts
Is water infrastructure or green technology better for stimulating California’s economy?

“No one would ever make that investment. There's no return on that,” he said. “Yet the rice industry puts money into that every year.”

Brown called for direct short-term assistance to help communities, schools and small businesses “survive and continue to exist” and to ensure “they'll still be there” when the drought is over.

Echoing those concerns, Dave Runsten, a policy director at the Community Alliance with Family Farmers (CAFF), was dismayed to see little focus on the current impacts of the drought within the Senate proposal.

“The drought is worse this year and is a real crisis that needs more attention,” said Runsten. “We expect thousands of shallow agricultural wells to go dry this year, similar to the drinking water wells, and mostly belonging to small farmers, including many farmers of color.”

Runsten requested $50 million for the California underserved and small producer program at CDFA “to help these farmers survive the drought, fix their wells and keep operating.” He added, “Otherwise, many will be driven out of business and there will be no local food, no farmers markets, and it will be one more blow to the quality of life in this state.”

Newsom’s budget plan, meanwhile, aligned somewhat more closely with agricultural concerns. During a Friday press conference on the budget’s May Revise, the governor detailed $75 million in relief grants for small agricultural businesses and thanked CDFA Secretary Karen Ross for her efforts “to really focus on the issue of businesses notably impacted” by water scarcity. 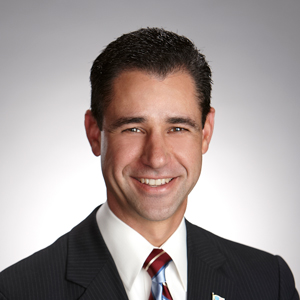 “How about the person that warehouses some of the fruit and vegetables and—because the land was fallowed—doesn't have the ability to warehouse?” said Newsom.

The administration is also responding to the many calls over the years from agriculture, water districts and Central Valley lawmakers on investing in new surface water storage projects.

An item tucked away within an accompanying budget document would provide the Newsom administration’s first investment in constructing new above-ground water storage.

The state would allocate $500 million from the taxpayer fund to seven projects currently undergoing an approval process at the Water Commission for $2.7 billion provided by Proposition 1 in 2014. The Sites Reservoir proposal is among the suite of projects, along with groundwater banking projects. Newsom’s proposal would set aside the funding until the 2025-26 fiscal year, allowing time for the projects to complete environmental reviews and gain permits.

Investing in infrastructure allows the state to satisfy a once-obscure tax law that triggers the government to either return money to taxpayers or invest it in schools and infrastructure when it reaches a certain threshold in tax revenues.

Other existing water programs would benefit from new spending in the May Revise as well. The agricultural sector overall stands to gain $187 million in water conservation incentives.

CDFA’s water efficiency grant program, known as SWEEP, would receive $110 million, while $25 million would support the department’s program on small and underserved farmers.

“They are facing increased costs for water and utilities—just like many citizens are—and this is a program that will really help them keep farming during these unprecedented times,” said Ross, in a Friday conference call with stakeholders.

She detailed how another $15 million would support technical assistance and “enhance this human infrastructure of experts” to help farmers with water, energy and nutrient management efficiency.

“I know how hard hit multiple rural communities in particular are with climate change, extreme heat and this drought that is fallowing more acres than we've ever seen in the Sacramento Valley,” said Ross.

The budget is also proposing $50 million to implement an agriculture drought response program that mirrors a federal initiative in the Sacramento River watershed. Housed at the Department of Water Resources, it would support farmers with temporary fallowing and delay orchard replanting while offsetting some costs for importing cattle feed to avoid pumping more groundwater to grow alfalfa. The administration estimates this would conserve as much as 360,000 acre-feet of water through October. Another $10 million would target agricultural water conservation in the Delta.

California Natural Resources Secretary Wade Crowfoot acknowledged that the budget proposal would be spending more than the state ever has on water. His agency hopes to dole out $180 million in drought relief grants to protect drinking water in small communities as well as support water conservation in large urban water districts. And another $100 million would protect endangered salmon species as Northern California’s rivers warm up and shrink this year. The agency would also incentivize farmers to create seasonal habitat for migratory birds, particularly along a critical stretch of the Pacific Flyway in the Sacramento Valley region.

The State Water Resources Control Board would gain another $44 million to continue their effort to modernize the state’s water rights system. Another $8 million would help the board with enforcing water rights and curtailments, bolstering efforts to rein in the many small water diverters not complying with curtailment orders but who collectively make up a small portion of overall water use.

Budget committees this week are beginning to dive into the hundreds of pages of documents that encompass the May Revise. The lawmakers will rapidly tick through the spending priorities and note a few concerns for the record, but the Democratic Senate and Assembly leaders will negotiate the final budget details with the governor’s office outside of a public hearing room.