Daybreak May 18: Lawmakers working with USDA on Growing Climate Solutions 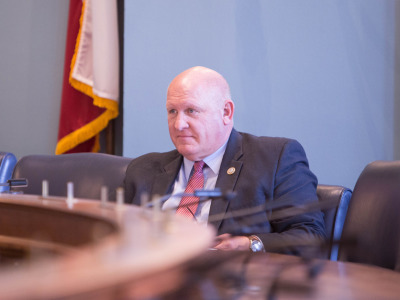 Thompson declined to release the department’s feedback. But GOP staff suggested USDA share some concerns about a certification program the bill would authorize the department to establish. At issue is whether allowing entities to self-certify based on USDA protocols is too low a bar that could undermine confidence in the program, an aide said.

“I’m not looking to block that bill. I just want to improve it,” Thompson told Agri-Pulse. “I want to make sure the primary … beneficiaries are the American farmers, ranchers and foresters.”

Keep in mind: This issue could easily get punted to the next farm bill, if lawmakers can’t agree on how to address the GOP concerns.

By the way: The committee will vote today on a bill that would create a special investigator at USDA to address accusations of unfair trade practices by meat and poultry processors. Republicans argued Tuesday that the office is unnecessary.

Johnson is particularly hopeful that a new measure to make it easier for business travel between the two countries will help U.S. ag exporters do more business in Cuba.

Cuba is a major importer of U.S. poultry. The country bought 307,700 metric tons of U.S. chicken in 2021 despite a restriction that requires Cubans to pay cash in advance.

In an inflation-fighting move, Brazil has temporarily scrapped its tariffs on imports of beef, wheat – two commodities the U.S. would like to export more of – as well as other agricultural commodities, according to USDA’s Foreign Agricultural Service.

The Brazilian Chamber of Foreign Trade has cut its 9% tariff on beef and wheat imports to zero through the end of 2022, which is expected to spur more wheat and “high-priced beef imports” from the U.S. Brazil imports U.S. wheat sporadically — and usually when it can’t get enough from neighboring Argentina.

Brazil in March suspended its 18% tariff on ethanol imports for the rest of 2022. U.S. ethanol exports to Brazil took a hit in September of 2020 when a Brazilian quota lapsed that had allowed 198 million gallons of U.S. ethanol yearly to enter the country tariff-free. 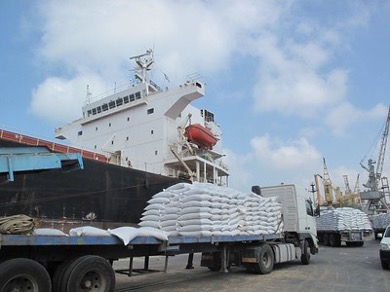 The National Corn Growers Association and the American Soybean Association have joined some key senators in backing a legal change that would cut the cost of shipping U.S. food aid.

Sens. Chris Coons, D-Del., and Joni Ernst, R-Iowa, are pushing to temporarily waive a requirement that half of U.S. commodities be shipped on U.S.-flag carriers. A recent study found that the “cargo preference” rule adds about 36% to the cost of shipping U.S. aid.

Shipping companies argue that the government already has sufficient authority to waive cargo preference, and often does.

Regan’s comment that “hopefully, we'll have a meeting soon with the president of the Farm Bureau” came in response to comments at a House Energy and Commerce hearing by Rep. Buddy Carter, R-Ga., who said Georgia is not represented in any of the regional roundtables scheduled to discuss “waters of the U.S.”

“I just want to get a commitment that your staff will come to Georgia to hear specifically from our businesses and my constituents about what's going on with WOTUS in particular,” Carter said.

“You have my commitment that we will engage with the state of Georgia,” Regan said, and noted that Duvall is a Georgia native.

While Grassley didn’t specify exact actions he would like to see taken against Canada, he said Tuesday he’s anticipating that “we’d be taking some action” and that he’ll back it.

Ag Secretary Tom Vilsack said he wants to resolve the situation without tariffs, but left the door open for them if Canada doesn’t comply in a way the U.S. deems adequate.

He said it: “I think that we’ve waited long enough for Canada to treat American dairy products better and to move away from their government-run dairy program up there … I’d be in favor of any action they could take, because Canada’s not living up to its responsibilities under the USMCA.”