Agricultural shippers are warily watching the ongoing contract negotiations between the International Longshore and Warehouse Union and the Pacific Maritime Association, fearing additional damage to a battered supply chain if the two sides don't reach an agreement in coming weeks.

ILWU, which represents dock workers at the ports, renegotiates its contract with the PMA every few years. Past disagreements have led to labor strikes causing massive disruptions at western ports moving agricultural goods grown in the west and bound for export to Asia.

This year, with ports snarled by backups and supply chain crises plaguing ag shippers, the stakes to reach an agreement are especially high. The current contract ends July 1. Central in the talks is the expansion of automated port technology to speed up U.S. port operation, which dockworkers see as a potential threat to job security.

“Any further disruption or a shutdown at a port, it’s frankly incomprehensible,” said Peter Friedmann, the director of the Agriculture Transportation Coalition. “If the ports are as challenged as they are today, when you shut them down and then try to recover, there’s actually no limit to the amount of injury that this [would] cause U.S. agriculture.” 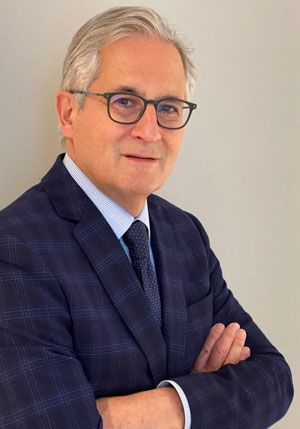 In the past, ILWU has shown a willingness to strike or create slowdowns to win concessions. In 2002, negotiations broke down over technology integration and caused an 11-day shutdown at West Coast ports, leading the George W. Bush administration to intervene. In 2008, there was a three-week stoppage and the PMA ultimately secured the right to automate and develop automation projects. Then in 2015, a stalled negotiation led to work slowdowns and bottlenecks, leading the Obama administration to intervene.

Still, Friedmann said he’s confident that the two sides will find a way to keep operations going at western ports.

“I am 90%-plus that they are going to find a way this year … to not to have a disruption,” Friedmann said. “Whether that means they kick some of these contentious issues down the road into next year or something, that’s a possibility, but I’m saying for this year they’ll find a way to keep the ports operating.”

The negotiations have caught the attention of the U.S. Chamber of Commerce, which is urging talks to continue and warning against a stall.

“At this point, I am completely confident that no service interruption will happen based on everything that I’m seeing and hearing on the state of play,” said John Drake, the vice president for transportation, infrastructure and supply chain policy at the Chamber. “We’re still in the opening stages … I think you’re going to hear more back and forth in the next few weeks and I think at that point we can say what’s happening … if they’re going poorly or not.”

“If we learn that either party walks away from the table, the full weight of the Chamber is going to be brought to bear to stop that from happening,” Drake said. “There's too much at stake … any sort of service slowdown [and] there’s national economic issues at stake.” 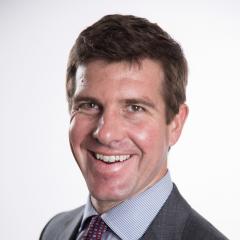 “Negotiations are between private parties, not the government,” the spokesperson said. “The Department of Labor is in touch with the parties involved, and Secretary Walsh has offered to be helpful should the parties want his assistance in reaching an agreement.”

In a recent interview published in ILWU’s union newspaper, The Dispatcher, union president Willie Adams expressed optimism a deal will be reached.

“Everybody needs to tone it down and stop all the rhetoric,” Adams said in the interview. “The ILWU and the employers have been negotiating since the 1930s. There are adults on both sides of the table. Sometime in May, we are going to sit down. We are going to get an agreement.”

However, the fears of slowdowns during the talks come at a time when western ports are already struggling to move cargo.

U.S. ports, particularly in the West, are some of the slowest in the world at processing containers and cargo according to a 2021 report from the World Bank. Los Angeles and Long Beach, two vital U.S. ports ranked dead last in efficiency out of 370 global ports.

The 2021 infrastructure bill directs $17 billion to the updating and modernization of U.S. ports to remove supply chain bottlenecks and increase efficiency. Adams said PMA has to "step up" in contributing to the training of longshore workers on technologies to speed up operations at the ports.

The slow service could present another problem to western shippers when paired with the uncertainty over labor negotiations: Ocean carriers could decide to reroute service to circumvent the slow ports.

Friedmann said carriers can walk away if western ports snag, choosing alternative routes to include more efficient east coast ports or those in the Gulf of Mexico. Any shift in service could have massive logistical ramifications for ag producers in the West, who export largely through the west coast ports.

Eastern ports are significantly more efficient, with the Port of Virginia being the only U.S. port to break the top 30 in the World Bank report.

“If you’re a big importer and you have the option to use the vessel service that skirts the West Coast and avoid the questions … of will there be a disruption or not, then that’s what some importers are doing,” Friedmann said. “For the agriculture exporters … we are dependent on continued operation of West Coast ports … which are the closest, most direct gateways to Korea, China [and] Japan, which are our biggest agriculture export markets. So we need those West Coast ports not only not to be disrupted now but over the long term.”