Regulatory agencies throughout California have been overhauling their internal policies to elevate environmental justice in the decision making in recent years. Yet advocates say it is not enough and call for the state to ensure disadvantaged communities have a seat at the table, in part to offset agriculture’s influence.

To that end, the Legislature is advancing measures to ensure environmental justice is represented at the State Water Resources Control Board and that the water quality agency is better prepared for drought impacts.

“One million Californians do not have access to safe drinking water when they open the tap,” said Uriel Saldivar, a policy advocate at the Community Water Center. “We cannot let this persist and leave entire communities behind when addressing water policy issues.”

The organization advocates on drinking water issues on behalf of impoverished communities in the San Joaquin Valley. Laurel Firestone, an attorney appointed to the state water board by Gov. Gavin Newsom in 2019, co-founded the center in 2004 after teaming up with a community organizer.

Saldivar, speaking at recent policy committee hearing at the Legislature, cited Firestone’s appointment as a win for the environmental justice community, 52 years after California created the current version of the board. The Community Water Center is now seeking to cement that representation at the board. The organization has thrown its support behind Assembly Bill 2108 by Assemblymember Robert Rivas of Hollister, who describes the bill as “elevating the voices of communities that have historically been excluded from water policy decisions.” 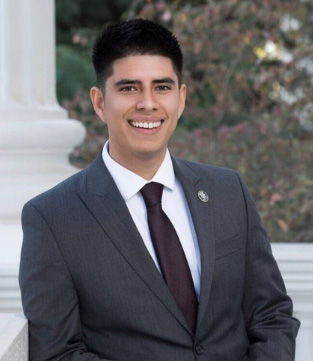 Rivas reasoned that low-income workers and their families lack the resources and time to advocate against policies that harm their communities and add to “decades of neglect.”

“While the current board has taken proactive steps to improve environmental justice outcomes, we must ensure that our most disadvantaged communities have a seat at the table moving forward,” said Rivas, in reference to a 2021 board resolution strengthening the agency’s commitment to racial equity, diversity and access.

Saldivar noted the language for the proposed board seat is identical to existing provisions that allow for a qualified representative from agriculture. Currently that board member is Vice Chair Dorene D’Adamo, who has a family almond farm in the valley and has served nearly a decade on the board.

“If agricultural interests can have a guaranteed representation at the water board during their key decisions, why can't the communities that are most impacted by water pollution have equal representation?” asked Saldivar.

Sean Bothwell crafted much of the language for AB 2108 as the executive director of the California Coastkeeper Alliance, an environmental group and sponsor of the bill. Bothwell assured lawmakers he would revise the proposal to address concerns from agricultural groups that the added costs would raise permit fees.

The state water board is already hoping to add 80 new positions this year, according to Louie Brown, an agricultural lobbyist who has tallied up the budget proposals. During a budget subcommittee hearing last week, Brown argued that farmers would pick up the tab through yet more large fee increases.

Committee staff found AB 2108 would place significant new costs on the water board for the additional personnel.

The California Chamber of Commerce raised that concern and others in the hearing. CalChamber policy advocate Brenda Bass worried AB 2108 would add more delays for water projects by duplicating environmental assessments required under the California Environmental Quality Act (CEQA).

About a dozen agricultural groups opposing the measure agreed, arguing the new requirements on waste discharges, waivers and permits are vague, would increase fees and should be part of the CEQA process. According to the farm coalition, “it is unreasonable to ask existing and future permittees to pay for these new programs that are designed for the benefit of the public.”

Yet several lawmakers sided with the environmental justice arguments. Asm. Cristina Garcia of Bell Gardens, who is running for Congress, asserted that “communities like mine have been left behind and continue to be left behind.” Asm. Steve Bennett of Ventura added that he was not concerned the new board seats would overwhelm the direction of the agencies.

“There is certainly very strong representation by the water interests,” said Bennett.

Environmental groups are also charging that the state water board has been too slow to respond to the drought. Over the past year, advocates have lambasted the board for drafting emergency regulations in reaction to critically dry conditions, rather than proactively developing more comprehensive regulations ahead of the drought.

That drove Asm. Jim Wood of Santa Rosa to introduce AB 2451, which would create a drought unit within the board’s water rights division and require the board to prepare a drought contingency plan for watersheds hosting salmon and steelhead populations.

“This bill is about being proactive, something we don't always do well in government,” said Wood, during a policy committee hearing last month.

Since the board has no full-time staff dedicated to drought planning and response, the agency must pull staff from other jobs, leaving other programs understaffed, according to Wood. He hoped the measure would create transparency and predictability for all stakeholders.

“It is time to manage water for the benefit of people, agriculture and wildlife as we face continued patterns of drought,” said Jay Ziegler, a policy director at The Nature Conservancy, in testifying in support of the measure. “It's time to actually plan to use the water in these watersheds more wisely—for the benefit of all stakeholders.”