A broad coalition of countries is making a last-minute push to change World Trade Organization rules and allow governments to increase farm subsidies and accumulate massive stocks of grain that can later be dumped into the global market.

The G33, a group of 47 of the WTO’s developing countries, the Africa Group and the Africa, Caribbean and Pacific Group, officially introduced the plan Monday, less than a week before the start of the 12th Ministerial Conference on Sunday in Geneva. The plan has been circulating at the WTO for about a week already. The remaining WTO member countries are studying the proposal, but U.S. farm groups say they already know enough to want it stopped.

Countries like India, Indonesia and Nigeria say the rules change is necessary to help poorer countries protect small farmers in times of crisis and combat food insecurity, but critics say that’s just political cover for a scheme that would help undermine the world’s ability to produce sustainable levels of wheat and rice in the long term.

Groups including the American Farm Bureau Federation, USA Rice Federation, National Association of Wheat Growers, U.S. Grains Council and the U.S. Wheat Associates are asking the Biden administration to fight the proposal next week at MC12 and explain to WTO nations why the flooding of markets with cheap grain is detrimental to the world’s food supply in the long run.

“The United States can contribute to the longer-term food security situation in part by working to strengthen multilateral trade rules on agriculture that promote resilient, adaptive, and innovative agricultural markets,” 21 U.S. farm groups said in a letter they sent last week to President Joe Biden, who is sending U.S. Trade Representative Katherine Tai to Geneva for the summit. 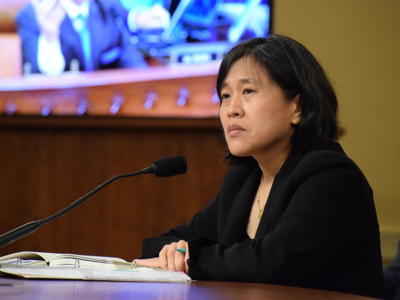 “In contrast, trade-distorting practices undermine agricultural trade and increase food insecurity, causing disproportionate harm to low-income consumers," the letter added. "We strongly oppose proposals advanced by India and other WTO members that would lead to an unlimited allowance of trade distorting price supports tied to public stocks at MC12. This would render WTO rules on agricultural domestic support meaningless to the world’s farmers, while benefiting only a few developing countries.”

Tai says she is “energized” for MC12, and U.S. farm groups hope she will use that enthusiasm to fight other nations’ efforts to cement their ability to grow their government-controlled stocks that they say distort the world market.

Public stock holding, or PSH, has long been a major contention in the WTO, and in 2013 the nation members agreed on a temporary moratorium of dispute actions against developing countries that were building government stockpiles of food and feed commodities through subsidies.

But some developing countries — most notably India — are abusing this allowance, and the very fact that they are exporting grain weakens the argument that the massive supplies are needed for food security, says Peter Bachmann, vice president of international trade policy for USA Rice.

The new public stock holding proposal seeks to essentially replace the 2013 agreement with a permanent solution, and the wording provides cover for developing countries to avoid limits on trade-distorting subsidies.

Government stockpiles, the document says, “shall not substantially distort trade,” but “substantially” is left undefined.

“A developing country member shall endeavor not to export from acquired stocks …” the document says, requiring nations only to promise that they are trying.

Bachmann pointed to Haiti as an example of India’s increased, subsidy-driven presence on the global market. While the U.S. is still solidly the largest supplier of rice to Haiti, India is chipping away at that business. 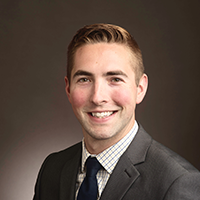 It would seem improbable that Haiti could be buying cheap rice from India and Pakistan, considering the ships delivering the grain need to travel nearly half the circumference of the earth. It would seem even more unlikely such sales would take place given that the U.S., one of the world’s largest rice-producing countries, is right next door.

And yet Haiti — one of the world's poorest nations — bought 15,000 metric tons of rice from India and 9,000 tons from Pakistan in the 2020-21 marketing year. It’s not a lot in terms of volume, but it offers further evidence that the Indian government is heavily subsidizing its rice production and allowing exporters to sell the grain at ridiculously low prices and reduce its value on the international market.

The average price Haitians are paying now for Indian rice to be delivered to Port-au-Prince is about $545 per metric ton CIF, which covers the cost of the goods, insurance and freight, according to a trade source. U.S. rice would be about $100 more per ton.

India even exports rice to the U.S. Some of it is exotic basmati varieties, but some of it is also the more common long grain that can be easily found in southern states.

“During the last decade, rice imports to the U.S. have grown significantly, primarily due to major world exporters, India and Thailand,” said USA Rice Federation Chairman Bobby Hanks in comments submitted to the Office of the U.S. Trade Representative last year. “From India alone, the world’s largest rice exporter, imports jumped 159% from 2011 to 2020. During that same period, the value of rice imports from India more than doubled from $125 million to $283 million, annually.”

Countries like Vietnam and Thailand are matching Indian subsidies, and that brings international prices down even further and makes it harder for the U.S., Brazil, Uruguay, Paraguay and other Western Hemisphere countries to compete on the global stage.

All of that leads to consolidation in the market with potentially dangerous results, says Bachmann. Global shortages are a real threat if just a few nations are left providing grain to countries that rely on imports and those grain providers have a bad year.