Daybreak June 9: Consumers don’t know what they want - on fertilizer

It’s no secret at this point that farmers in the U.S. and the world over are struggling with skyrocketing fertilizer prices. But Americans are conflicted – or probably just confused – over what farmers should do about it.

“Such results suggest a lack of understanding about the impacts of use of fertilizer in agriculture,” Purdue economist Jayson Lusk writes in a blog post. He cites Sri Lanka as an example of what could happen if farmers lose the use of synthetic fertilizer.

By the way: About 20% of the survey respondents say they grow some food at home, though there’s no way of telling from the survey how big those gardens are.

About three-quarters of consumers never intend to have a garden. 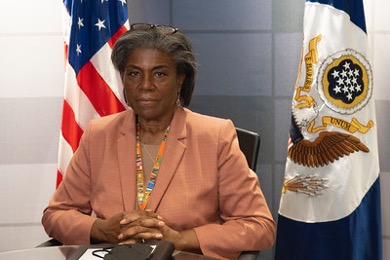 Linda Thomas-Greenfield, the U.S. ambassador to the United Nations, highlighted the need for in-kind food aid at a hearing to address the global food crisis triggered by the Russia’s invasion of Ukraine.

Thomas-Greenfield told a House Appropriations subcommittee on Wednesday that 80 countries “have aligned with our roadmap to combat global food insecurity, which calls for increased humanitarian assistance and in-kind food donations, among other actions.”

Why it matters: The Ukraine supplemental that passed Congress last month provided more than $4 billion to the U.S. Agency for International Development for an account that’s primarily used to provide food assistance through cash or vouchers, rather than commodities. There was very little funding in the bill for purchasing U.S. commodities for overseas aid. USAID has generally preferred providing cash assistance rather than U.S. commodities.

Take note: Secretary of State Antony Blinken, who oversees USAID, hosted a global food security summit last month that laid out the roadmap. It includes a call for UN member countries “to provide in-kind donations and necessary associated costs to key humanitarian organizations for transportation and delivery of food commodities, based on assessed needs by governments of affected countries or humanitarian organizations.”

FDA gets an earful on what consumers should know about GMOs
Vilsack to fertilizer companies: Don’t take advantage of Russian invasion

California Rep. David Valadao, member of the House Agriculture Appropriations Subcommittee, looks to be the Republican candidate for California’s District 22, but he’s the likely underdog in the general election against state assemblyman and Democrat Rudy Salas. As of Wednesday, Salas had 47% of the vote in the open primary to Valadao’s 25.7%, with results partially counted.

Franken faces an uphill battle against Grassley, who won his primary easily.

In Montana: Former Interior Secretary Ryan Zinke, who resigned from the Trump administration while the subject of multiple ethics investigations, was locked in a tight House race with Al “Doc” Olszewski for the state’s 1st District, with results mostly tabulated late Wednesday. Olszewski is a former state legislator.

The winner, who will face Democrat Monica Tranel, will not be known for a few days. One county printed wrong-sized ballots, meaning about 6,000 of them will have to be hand-counted, The Washington Post reported Wednesday. Another county also has 2,500 ballots to count.

Zinke was up by about 1,000 votes, according to the state. Tranel, a lawyer and former Olympic rower, easily won her primary.

In the 2nd District, Rep. Matt Rosendale was declared the winner in the Republican primary, along with Democrat Penny Ronning. 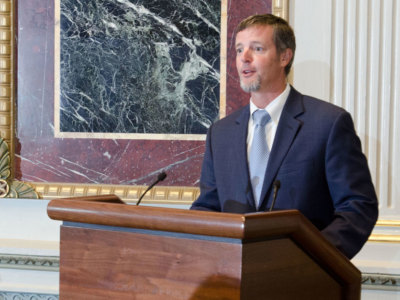 The White House is finally out with a nominee to be the administration’s chief agricultural negotiator, and the pick, Doug McKalip, is very familiar to groups who’ve interacted with USDA over the past three decades.

Chuck Conner, president and CEO of the National Council of Farmer Cooperatives, says McKalip “has been a champion of America’s farmer, ranchers and rural communities, making him an excellent choice for this role.”

USApple President and CEO Jim Bair calls McKalip “a home-run pick.” McKalip has been serving as an adviser to Ag Secretary Tom Vilsack, and Bair says he has been talking to him over the past few weeks on “trade issues critical to the health of the U.S. apple industry.”

National Milk Producers Federation President and CEO Jim Mulhern says McKalip has a “strong background in agriculture, earned while serving in numerous positions within the White House and USDA. He brings an informed perspective on how to best drive policy and support American agriculture and he will be ready to lead from day one.”

McKalip has held a number of positions at USDA during his career, including director of legislative and public affairs in the Natural Resources Conservation Service.

He said it. “If not for SNAP many grocery stores would simply not exist.” - Mike Beal, chief financial officer of Ball's Food Stores of Kansas City, Kansas. He was testifying at a House Agriculture Committee hearing on the Supplemental Nutrition Assistance Program.

Beal was representing the National Grocers Association, whose members represent about one-third of the retail food market.