The Supreme Court has set Oct. 11 as the date when the National Pork Producers Council and the American Farm Bureau Federation will be able to make their final case for overturning Proposition 12, a California ballot initiative that would require pork sold in the state to come from sows afforded a minimum amount of space.

Michael Formica, the assistant vice president and general counsel for NPPC, told reporters last week at the World Pork Expo that he expects the Supreme Court to come to a decision by January or February of next year. The newly rebranded pork group, which highlighted several of its other key policy priorities at the event, filed its first brief in the case last Friday.

NPPC and AFBF previously lost to California in the U.S. District Court for the Southern District of California and the 9th U.S. Circuit Court of Appeals, and the Supreme Court agreed in March to review the appeals court decision.

“We knew we were not going to be successful at the district court level,” Formica said. “We knew we were going to have a tough time at the court of appeals level because of the law in California and the Ninth Circuit. But we knew we had a path to get to the U.S. Supreme Court and we stayed focused on that path.”

The farm industry groups argue the ballot measure violates the dormant commerce clause in the U.S. Constitution by forcing housing rules on producers in other states. More than 99% of the pork consumed in California comes from outside the state, they said in the court brief.

“If this were to happen, it would fundamentally upset the delicate federalist balance that we have in the U.S.,” Formica said. “The relationship between all states would be at risk. The entire U.S. economy would be at risk.”

The law has previously been challenged by the North American Meat Institute and the governments of more than 20 states. Iowa, the nation’s largest pork producer, was among them, and state agriculture secretary Mike Naig said he is excited to see the case heard by the Supreme Court.

“I think having that go before the Supreme Court this fall will be good news,” Naig told Agri-Pulse at the expo. “I’m hopeful that this will begin to give us the clarity that we need.” 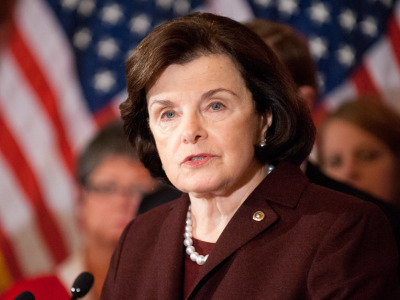 Even members of Congress have picked sides. Last month, Sen. Dianne Feinstein, D-Calif., and 21 other Democratic members of Congress sent a letter to Ag Secretary Tom Vilsack urging him to support the ballot initiative. Earlier this month, Feinstein led another letter with 17 more Senate Democrats asking U.S. Solicitor General Elizabeth Prelogar asking her to "support California's authority and Proposition 12 before the Supreme Court."

Iowa Republicans Chuck Grassley and Joni Ernst, on the other hand, have introduced a bill that would prohibit states from enacting laws that would interfere with the production and distribution of agricultural products between states.

Formica said that more groups will file briefs on Friday. Ultimately, he is expecting the court to come up with guidance or a legal test to guide states when implementing future ballot measures that may have impacts on interstate commerce.

“The court wants to be able to reach a decision that provides clarity,” Formica said. “They want to make sure that it’s got implications for others, that there’s gonna be a precedent and it’s going to have utility across the economy. I think we stand a really, really good chance.”

Aside from concerns about the looming Prop 12 court decision, hog farmers are struggling to find workers as the rural labor pool continues to shrink. A study commissioned by NPPC last year says the rural labor force in five of the eight top pork-producing states shrank between 2014 and 2019.

To combat the shortage, the NPPC has been calling for Congress to expand the H-2A visa to year-round agricultural workers. But bipartisan disagreement over immigration policy has limited prospects for H-2A expansion.

Jack Detiveaux, NPPC’s manager of competition, labor and tax issues, told Agri-Pulse the window for finding bipartisan support for H-2A expansion is narrowing with the midterm elections nearing. Politicians, eager to appeal to their respective voter bases, will increasingly ramp up their rhetoric on immigration, making it tougher to produce a compromise.

Both Republicans and Democrats in the House voted in March 2021 for the Farm Workforce Modernization Act, which would open up the H-2A program to 20,000 agricultural year-round workers. Former NPPC president Jen Sorenson has called the bill a “step in the right direction,” though she said it wouldn’t provide enough additional labor to meet the needs of pork.

But the measure has not found any traction in the Senate, despite Sens. Mike Crapo, R-Idaho, and Michael Bennet, D-Colo., scrambling to push it through.

Detiveaux said H-2A expansion measures could find their way into a future appropriations bill or a stand-alone bill, but it will be tough to break through the partisan gridlock on the issue.

“Until we can really get past these hurdles, it's gonna be hard to get visa reform,” Detiveaux said. “We're not saying there's no hope yet, we're far from that, but we're aware of the political reality. It's a hard fight.”

The Agriculture Department has also been considering ways to expand the nation's meat processing capacity and increase competition. USDA has already poured millions into building new plants and improving existing ones, a move heralded by NPPC.

The organization is a little more concerned, however, about new rules expected from USDA to bolster enforcement of the Packers and Stockyards Act.

The first rulemaking, used to address the “tournament” system of compensation used in poultry production, is not a concern to NPPC, since it does not apply to the pork industry. The second and third, however, are expected to define unjust practices and waive the requirement that harm to competition within the industry as a whole is needed to bring a stockyards case.

Detiveaux said NPPC has not officially taken a stance on those rules, since they have not been released yet. But he is worried they won’t allow producers to enter agreements of their choosing or will push farmers out of marketing agreements that often, he says, offer them protection.

“We understand that the USDA wants to make some changes, but our industry is working pretty well,” Detiveaux said. “We've been deconcentrating since 2016, and we want to make sure that we're able to continue doing that.”

African Swine Fever, a disease that proves fatal to most of the pigs it infects, has been raging throughout nations in Asia and Europe. China, the world’s largest pork producer, had to destroy more than 1.2 million pigs between August 2018 and mid-2021 due to the virus, according to a 2021 paper published in Nature Food.

While ASF has not yet reached the U.S., the disease has hit the nearby nations of the Dominican Republic and Haiti. If it were to enter the U.S., Iowa State University economists estimate it would lead to $15 billion in pork industry losses over two years and $50 billion over 10 years. 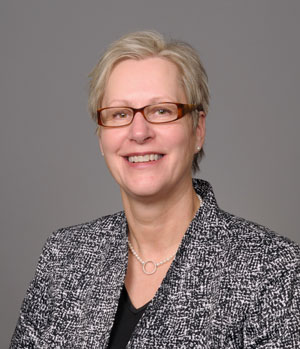 Federal and state agencies have been working to keep the virus outside of the U.S. USDA is sponsoring a pilot project called the U.S. Swine Health Improvement Plan, which is modeled after the agency’s National Poultry Improvement Plan. The aim of the program is to develop an African Swine Fever-Classical Swine Fever certification program, which will allow for better tracking of the diseases if they were to enter the U.S.

“We would like to see that become an official USDA program,” said Liz Wagstrom, the chief veterinarian for NPPC.

Wagstrom said one of NPPC’s biggest policy focuses right now, when it comes to ASF prevention and preparedness, is to secure $20 million from Congress in its annual appropriations bill to hire more federal veterinarians. The organization believes at least 120 new veterinarians will be necessary to help track and prevent further spread of African Swine Fever if the disease were to enter the country.

“We know that we may need multiples of that to get as many veterinarians as we need, but it's a step in the right direction,” she said.

The NPPC is also trying to get full funding for the National Animal Health Laboratory Network, a group of USDA animal diagnostic laboratories that provide disease surveillance. The network is authorized to get $30 million in funding, but is currently only being given around $18 million.

USDA has also been testing an African Swine Fever vaccine, which has shown promise in the lab. The vaccine has not yet been approved, but if it is, NPPC is encouraging Congress to include a provision in the next farm bill that would stockpile it in a vaccine bank.