California’s workplace safety regulator has rejected a petition to allow driverless tractors on farms throughout the state. Agricultural groups pleaded with the agency last week to amend a labor code that dates back to the 1970s and blocks widescale adoption of the autonomous vehicles.

The standards board that governs the Division of Occupational Safety and Health, or Cal/OSHA, recognized the technology’s potential for cutting emissions and improving worker safety. But several members blasted the proposal for not incorporating farmworker unions or labor advocacy groups in a year-long experimental trial to examine the safety of the tractors, known as a temporary variance.

“You have to have representative workers involved in this at some point,” said board chair David Thomas, who leads a construction union. “If you're in that population, which is subject to losing your job at the whim of the employer, you're not going to say anything.”

Board member David Harrison, who also serves at the executive level of a construction union, charged that Cal/OSHA should never have approved the trial for Monarch Tractors, a Livermore-based manufacturer of electric-powered tractors with autonomous functions. Harrison decried California’s family-owned farms as depending largely on immigrant workforces and suggested Monarch misled the board by selecting two farms for the trial that do not have labor representation, saying workers there “are the least inclined to stand up and speak when there's a serious safety hazard present.”

Harrison agreed with the findings from board staff that the data set from the trial was too small to adequately assess worker safety. According to Monarch’s chief of staff, Jake Winters, the tractors have so far logged more than 1,300 operating hours, representing more than two years of use, with no accidents, injuries or close calls. 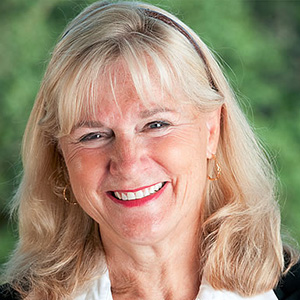 Board member Laura Stock, a UC Berkeley public health researcher who consults on worker safety training, agreed that workers at the two farms “are surely very fearful of speaking up.” Stock stressed that the board was not being anti-technology is its decision to reject the petition and pushed for waiting for more data to come in from the trial before taking any other steps to understand the technology, which would bump any action from the board to 2026.

Another occupational health consultant on the board, UC San Francisco Professor Emeritus Barbara Burgel said she was shocked Cal/OSHA did not ensure that Monarch chose a labor-represented farm and pressed for revising its temporary variance to require labor interests in the process.

Two management representatives on the board, on the other hand, sided with arguments from farm groups that rejecting the petition would put Cal/OSHA in the position of not regulating a technology that is already gaining widespread adoption and will eventually make inroads in California.

“It's going to go ahead and move forward, regardless of whether or not we're involved,” said board member Chris Laszcz-Davis, who advises businesses on occupational health and safety. “Unless we embrace it and begin to study and understand it, we're not going to provide the kind of input and get the kind of feedback we ultimately want.”

Laszcz-Davis disputed arguments from Mitch Steiger, a legislative advocate for the California Labor Federation, AFL-CIO, who charged that a driver must remain on the tractor at all times to guarantee safety.

Cal/OSHA board to update California's COVID-19 worker protections
Daybreak: Ag Board to weigh in on Cal/OSHA lighting regs

“While these would be autonomous vehicles, there would be a remote operator who would have some influence and control over these vehicles,” said Laszcz-Davis.

She also took issue with a recent study from the National Highway Traffic Safety Administration (NHTSA) that attributed 367 crashes over a nine-month span to driver-assisted technologies, which raised alarms among labor advocates as well as with Stock and Burgel. Laszcz-Davis said farms are a different workspace than the public sector, which was the focus of the study. Michael Miiller, director of government relations for the California Association of Winegrape Growers, called the study irrelevant to the petition and pointed out the researchers’ acknowledgment that it lacks critical comment. When releasing the report, NHTSA Administrator Steven Cliff urged caution in drawing conclusions from the data and said the study raises more questions than it can answer.

“If you can remove the operator from that position altogether, you've eliminated the hazard altogether,” he said.

Little, Miiller and equipment manufacturers and retailers called for the board to immediately establish an advisory committee to work with stakeholders in more depth on the issue and to track the Monarch trial as it progresses to inform future variances or rulemaking. Little was inspired by three board members voting in favor of the petition, seeing the unusual split as an indication the board may be open to an advisory committee.

UC Davis Agricultural Engineering Professor Stavros Vougioukas agreed with the industry advocates, citing as an example the Federal Aviation Administration’s collaboration with industry to develop standards for package delivery by drones. He said growers, academics and even representatives from mining and other industries could offer valuable input to the committee.

“We need [the tractors] and we need them urgently,” said Vougioukas. “We must facilitate innovation in this space, and California can and should lead this effort.”

While some accidents involving the machines can be predicted, he argued, others would “appear only after enough of these machines have been deployed in fields in a wide range of real-world conditions for a long time.” Vougioukas viewed the temporary variance for Monarch as overly restrictive, since it lasts for just five years and allows just two sites in the trial. He added that it lacks clear criteria for transitioning to large-scale deployment, a sentiment echoed by Monarch CEO Praveen Penmetsa.

“The farmers and the farm owners are under a lot of pressure and they're asking for this,” said Penmetsa. “We are an industry that is asking for regulation. We want to collaborate with Cal/OSHA.”