California’s workplace regulatory agency is considering measures to allow the use of autonomous smart tractors on farms. Agricultural groups see driverless electric tractors as a necessary evolution to help farmers adapt to rising labor costs and steep environmental standards. Yet labor interests fear the emerging technology would risk the lives of workers if the state does not limit its use.

Monarch Tractor deployed its first all-electric autonomous tractor in 2021 and has been testing the platform in California since August, when it received a one-year labor code exemption for experimental purposes. The technology has now logged more than 700 hours without any safety incidents.

In December, the company petitioned the governing board for the state’s department for occupational health and safety, known as Cal/OSHA, to allow for the permanent use of “driver-optional” tractors. Unlike the temporary exemption, this change would not require a human operator to be stationed at the controls to meet safety guidelines.

“By enabling precise and emissions-free 24/7 farm operations, Monarch Tractor is advancing wide-scale implementation of regenerative, sustainable and organic agriculture,” CEO Praveen Penmetsa writes in the petition to the board, adding that the smart tractor would improve air quality, food production and farmworker safety.

Penmetsa points out that Cal/OSHA places agriculture as the deadliest profession in the state, with 40% more deaths than any other industry and the leading cause of injuries being tractor accidents.

According to the petition, “autonomous operation removes the possibility for human error and harm to tractor drivers and also allows farmworkers to avoid fields when chemicals are sprayed, significantly reducing—if not eliminating—employee exposure to dangerous chemicals.” 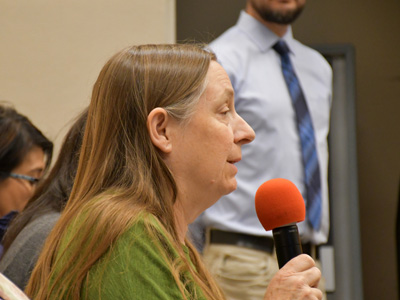 Along with GPS systems, sensors, cameras and artificial intelligence software included in the tractors, Monarch is proposing additional safety enhancements to prevent rollovers and collisions. The tractor would stop in place and call for assistance when it encounters an unfamiliar situation or even a person in the field.

The only state barrier for broadscale adoption has been a Cal/OSHA regulation dating back to the 1970s that requires operators for specialized tractors that were guided by furrows.

According to a Cal/OSHA spokesperson, the agency’s research and standards branch has been working for years on evaluating autonomous tractors for potential regulations. The experimental exemption has allowed staff to gather data on potential hazards and safety issues prior to any rulemaking.

During a board hearing last month, Cal/OSHA officials were reluctant to offer any further details on the issue, citing an appeal filed against the temporary exemption, though several policy advocates still weighed in.

“Fundamentally, we do think that the concept of an autonomous tractor really does run contrary to the concept of worker safety,” said Mitch Steiger, a legislative advocate for the California Labor Federation, AFL-CIO. “We think the best of both worlds is to have improvements in technology and the operator there on the vehicle.”

Steiger called it a big leap to eliminate a driver with the skills and experience to avoid mishaps and then put “all of our faith in the technology to not make any mistakes, to never malfunction, to never have a glitch that could cause some pretty disastrous results.”

In a letter of opposition to the petition, the United Food and Commercial Workers Western States Council argues that a Department of Motor Vehicles program for tracking the safety record for autonomous vehicles on roadways “has been plagued by countless problems.” The group charges that manufacturers have provided insufficient and likely inaccurate information to the DMV and that the automated tractor petition would lower the bar further.

“No regulatory review of the technology is outlined, no reporting to Cal/OSHA is required, and no access to worker representatives or safety experts is guaranteed, among many other concerns,” writes Executive Director Amber Baur. “The potential for disaster is staggering.”

Anne Katten, a policy advocate for the California Rural Legal Assistance Foundation, alleged that Monarch had not had any safety issues under its experimental exemption because a trained operator was required to remain on the vehicle. Katten was specifically concerned with the use of autonomous tractors on vineyards and farm roads.

“If this technology fails, it will put a worker who steps or falls into the tractor’s path—such as when they're loading or unloading a bin or are crossing a farm road—at risk of serious injury or death,” said Katten.

She pointed out that in 2019 the board denied a similar petition for automated equipment by the Association of Equipment Manufacturers, a decision that followed field evaluations by Cal/OSHA.

David Harrison, a labor representative on the board, argued Cal/OSHA “did a complete flip flop” by approving the temporary exemption for Monarch and potentially put employees at risk.

“These are subsequently the same issues, the same petitions, the same equipment,” said Harrison. “And there was zero stakeholder involvement.”

Farm groups, meanwhile, have stepped up their endorsements for the petition. In a hearing last week, Michael Miiller, who directs government relations for the California Association of Winegrape Growers, said the board has received “a lot of misinformation and hyperbole in opposition to the petition” and should do its own research.

Miiller pointed to an opinion piece in CalMatters last month by Dee Dee Myers, who directs the Governor’s Office of Business and Economic Development. Myers wrote that California needs a research and development tax credit to “help companies commit the resources, time and risk that new ideas and products require” and noted that such “incredible, life-changing technologies” have advanced agriculture and farming.

Miiller agreed but argued that the right hand of government is spurring innovation while the left hand is prohibiting the adoption of those advancements.

“I talk to farmers regularly who tell me they have extreme difficulty hiring enough people to perform all the jobs that need to be done on California's farms,” said California Farm Bureau Labor Affairs Director Bryan Little. “Mechanization, the use of assistive technologies and automation offer a means to fill this gap.”

He added that the technologies would offer workers professional development opportunities and that industries are already deploying them in automated forklifts and other vehicles in factories, warehouses, ports and underground mines, while autonomous taxi and shuttle services are taking off worldwide. The U.S. Department of Transportation is allowing experimentation with self-driving vehicles for grocery delivery, while several states are testing autonomous semitrucks, according to Little.

“These vehicles are the future, and we're asking the board not to lead us in the past,” said Tyler Blackney, legislative and regulatory affairs advocate for the Wine Institute.

The board has yet to set a hearing date to debate and vote on the petition.