Improving plants’ efficiency at using solar energy could offer a path toward increasing the amount of food produced per indoor acre. That’s what researchers have found, though the process shakes up the biology normally associated with plant growth.

Scientists at the University of California, Riverside, and the University of Delaware have demonstrated that some yeast, mushrooms and crop plants can grow without using photosynthesis. Instead, solar energy is collected using photovoltaic panels, which convert it to electricity. That electricity then undergoes a process called “carbon dioxide electrolysis,” which creates acetate, a substance plants can then tap for nutrients.

In traditional indoor growing, plants rely on lights rather than the sun, but still photosynthesize. 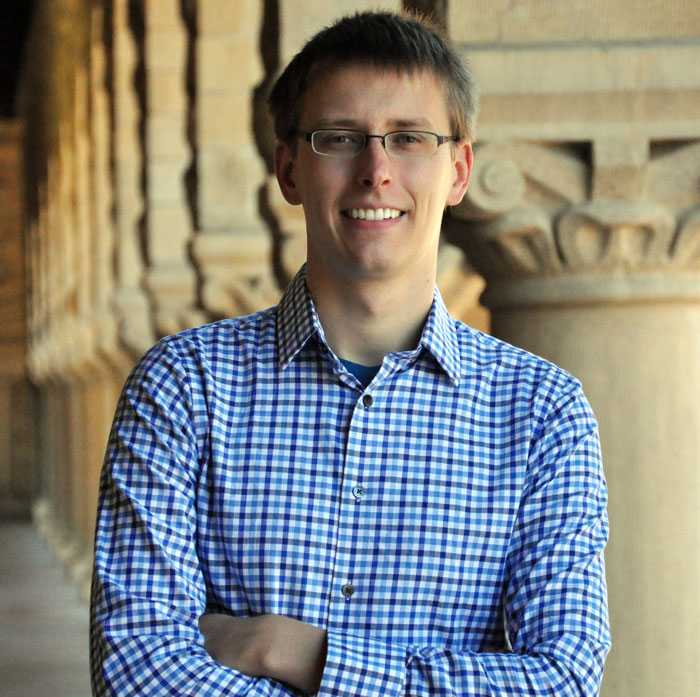 
Their premise was that biological photosynthesis — when plants take energy from the sun and use it for their growth — is not particularly efficient. He says typically crop plants may only use 1% or, in the case of sugarcane and corn, up to 1.5% of the sun’s energy they’re exposed to. Significant increases in that efficiency, he says, could change food production.

Jinkerson says he and his colleagues were asking: Given a certain amount of light, “what was the maximum food you could make?” Solar panels typically achieve 22% energy efficiency, but the light they capture goes into electricity. His team worked on finding a way to convert that electricity into something plants could use. A particular electrolysis process developed for this study produced an acetate that provides that medium. Electrolysis more typically results in alcohols and other chemicals that are not food-friendly, Jinkerson says, but the acetate created in this study allowed algae, yeast, mushrooms and crops such as lettuce, rice and tomatoes to grow.

The plants are “being heterotrophic,” Jinkerson says, meaning instead of creating their own “food” using the sun, they’re using a different process to get what they need.

Space travel is a good example of a time when there is electricity but not sunlight, and Jinkerson’s lab gets funding from NASA. But the same science is at work in indoor agriculture. Efficient LED lighting is often used, but as with sunlight, Jinkerson says plants are unable to make use of 99% of electric light. If this electrolysis and the acetate it produces can be scaled, he says, it would mean “more food out[put] per unit of electricity.” 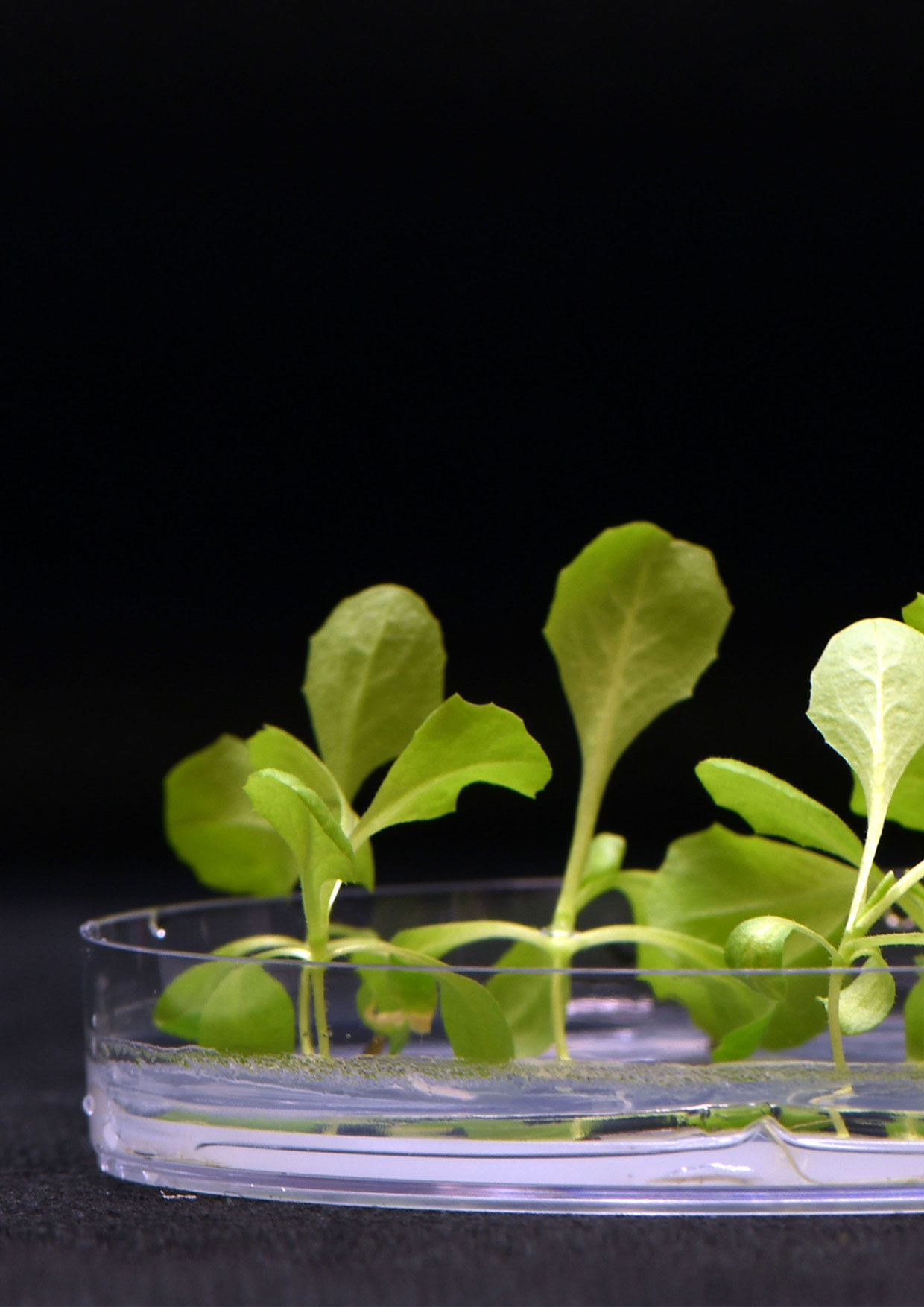 Close up of lettuce growing without photosynthesis. (Marcus Harland-Dunaway/UCR) Jinkerson notes that some indoor ag companies, and also some companies developing plant-based meat alternatives, are already using this technology. But it still has a ways to go. He says in large quantities, the acetate the plants are using in the lab would become toxic. Also, these experiments use a "hybrid inorganic — biological artificial photosynthesis."

One of the next research questions is how to optimize this new process in the plants so “we can convert them to be fully growing independent of photosynthesis.”

That might be done at the genetic level, by identifying and then turning on specific pathways related to acetate use. Another option, Jinkerson says, that’s not genetic modification would be to identify mutations in plants that make them able to grow better with acetate and then breed for those.

Fundamentally, Jinkerson sees the intersection of botany and engineering as a way to push food production ahead. He says despite the advent of mechanical tools, fertilizer and chemicals like herbicides, agriculture “fundamentally is the same” as it’s always been. “It's dependent on a crop growing outdoors, in nature, with the sun.” 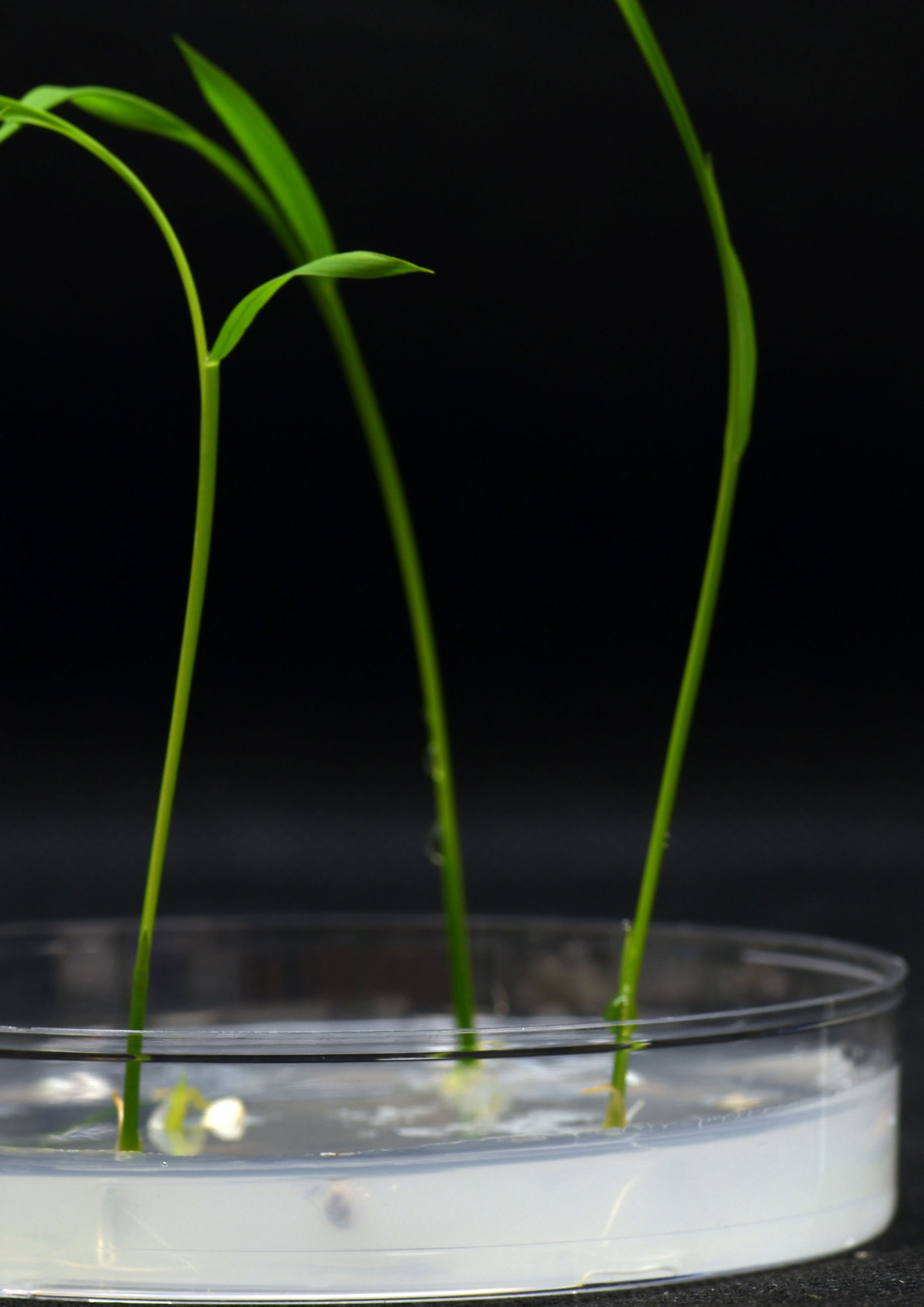 Rice growing in a lab without photosynthesis. (Marcus Harland-Dunaway/UCR)

He finds that outdated compared to, for example, medicine development. “Something that's so important, we take it into a lab, we make sure that we can produce as much as we need, we have very strict quality control.”

As an engineer, Jinkerson approaches food production from a different starting point than plant scientists. While a botanist is focused on the plant, he can focus on the food that is the end result. “If I only care about the plant because it's making food, then I can kind of reimagine that plant,” he says, and engineer it to maximize food production.

While traditional agriculture works, enhanced by all the modern accouterments, he says increasing plant productivity by reducing the inefficiencies in photosynthesis would mean more food could be grown on fewer acres. That, he says, is “the ultimate goal for this approach and technology.”