Washington is reeling from another widely anticipated Supreme Court decision. The immediate impact of the court’s latest, landmark ruling is to restrict EPA’s authority for reducing greenhouse gases from coal power plants.

But the ruling potentially has broader implications for other regulatory agencies down the road, and it could provide an impetus for Democrats’ stalled effort to use the budget reconciliation process to pass a package of climate tax and funding provisions that include new money for farm bill conservation programs.

“It’s crystal clear. The only way to tackle this problem is through congressional action, which is why it’s so important that Congress pass our clean energy tax credit package,” said Senate Finance Committee Chairman Ron Wyden, D-Ore.

Lisa Jacobson, president of the Business Council for Sustainable Energy, said the ruling “must be an urgent call to Congress to enact national policies to address climate change,” starting with the reconciliation package.

But, but, but: Before the day was out, Senate Minority Leader Mitch McConnell, R-Ky., let it be known that if Democrats pursue that partisan reconciliation package, Republicans won’t give them the votes to pass a separate international competitiveness bill, which is a top priority for President Biden.

Back to SCOTUS: One environmental group, the Environmental Integrity Project, warned against interpreting the decision as preventing EPA from regulating greenhouse gases at all.

“The majority on the Supreme Court recognizes EPA’s right to do so by establishing emission limits that are imposed directly on power plants, which could be based on fuel switching, efficiency improvements or other technologies,” said Eric Schaeffer, executive director of the group and the former Director Civil Enforcement at EPA.

But others in the green movement said the court’s broad reading of the “major questions” doctrine could have far-reaching impacts on environmental and other regulations crafted from laws where congressional intent is difficult to discern.

Atrazine manufacturer and registrant Syngenta is warning that new restrictions on the herbicide could force growers of nearly 24 million acres of corn, sorghum and sugarcane to use tillage practices to control weeds, “adversely impacting carbon savings.” Farmers rely heavily on herbicides to limit tillage and keep carbon in the ground.

EPA is proposing changes to atrazine’s registration that would result in less product being applied in field corn, sweet corn, sorghum and sugarcane.

“Agricultural users must limit spraying anywhere from nearly 500 feet to nearly 1,000 feet from streams and leave a vegetative buffer strip that captures pesticide pollution before it enters the water,” the Center for Biological Diversity said in a news release praising the biological opinion.

Deputy Agriculture Secretary Jewel Bronaugh says USDA’s Equity Commission is on track to deliver its recommendations for how USDA can improve its record on racial equity.

During an interview for Agri-Pulse Newsmakers, she said commission subcommittees have begun to “identify ideas for an interim report.”

“They have come up with 40 ideas thus far, that could potentially become recommendations, and we will know more in our next meeting about what that interim report will look like.”

By the way: Ahead of the commission’s next meeting, a new subcommittee will be launched to focus on persistent poverty issues in rural communities, she said.

Despite the global farm crisis, planting of the principal field crops is down somewhat this year, due to the soggy conditions that hit the northern Plains. According to USDA’s Acreage report, total plantings of principal crops fell to 316.3 million acres, down from 317.2 million last year.

Farmers planted 89.9 million acres of corn, an increase of 400,000 acres over USDA’s March estimate. Soybean plantings were put at 88.3 million acres, down from the 91-million-acre estimate in March. 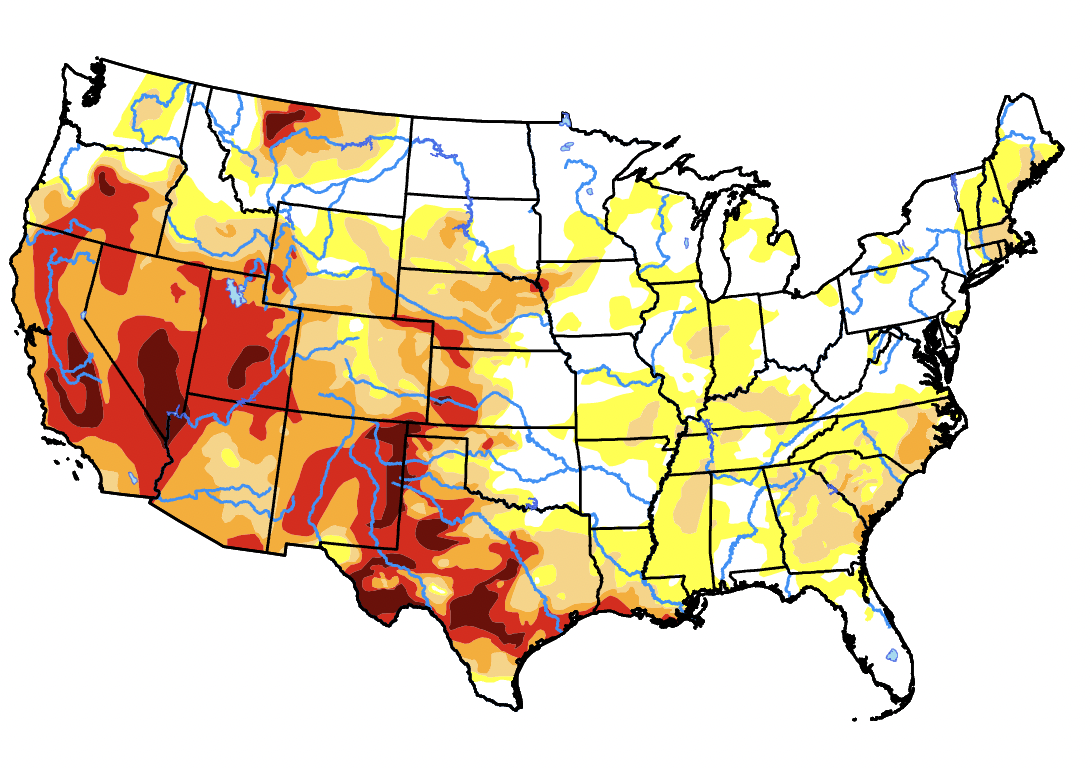 Eastern Iowa and northern Minnesota did see some rain showers, but the areas that the rainfall missed are now seeing short-term moderate drought, according to the U.S. Drought Monitor. High heat has caused corn leaves to curl in parts of Kentucky.

Take note: Conditions in most of New Mexico and parts of southeastern Arizona have improved as heavy rainfall marked an early start to monsoon season, though several other parts of the West are still facing severe to exceptional drought.

U.S. ethanol industry groups are applauding Canada’s finalization of its new Clean Fuel Standard, which sets a nationwide goal of an average 15% ethanol blend in gasoline by 2030.

The U.S. exports hundreds of millions of gallons of ethanol to Canada every year and a blend rate increase is expected to boost that trade.

Canada is “leading the globe in putting a plan in place to slash greenhouse gas emissions from the transportation sector through higher blends of biofuels,” according to a joint statement by the Renewable Fuels Association, Growth Energy, and U.S. Grains Council.

She said it. “The court appoints itself — instead of Congress or the expert agency — the decision-maker on climate policy. I cannot think of many things more frightening.” - Supreme Court Justice Elena Kagan, writing in dissent.

Brought to you by Edge Dairy Farmer Cooperative