Moroccan fertilizer giant buoyed in quest to reenter US market

Moroccan phosphate giant OCP could be getting a major boost in its efforts to sell product in the U.S. phosphate market from a forthcoming Court of International Trade ruling, based on the tone of a hearing before the court last month.

A decision from CIT Judge Stephen Vaden on whether the U.S. International Trade Commission was justified in ruling that imports of Moroccan phosphate fertilizer damaged domestic producers – a ruling that allowed crippling duties to be put in place – won’t likely be rendered for at least a couple of months, but OCP executives and corn farmers are cautiously hopeful about the outcome.

The optimism stems from a day-long trial hearing late last month when Vaden, a former USDA general counsel during the Trump administration and Tennessee native who grew up on his family’s farm, grilled the ITC lawyers defending the agency’s ruling.

Company executives, however, say there may be more challenging legal battles ahead in a campaign that has fertilizer-dependent farmers on their side.

“We think the fundamentals of the ITC injury (determination) was flawed,” OCP North America CEO Kerry McNamara tells Agri-Pulse, “and it does look like Judge Vaden might have seen some of the things the same way.”

The Moroccan game plan to recapture the US fertilizer market
Commerce rules fertilizer imports were subsidized, dumped in US
US potato farmers prepare to lose edge in Japanese market

“This week we saw some results as a judge with the Court of International Trade began asking tough questions about the assertions made by fertilizer companies,” National Corn Growers President Chris Edgington said after the oral arguments.

The ITC was adamant in its final ruling last year that a deluge of imported phosphates from Morocco and Russia from 2017 through 2020 had significantly injured domestic producer Mosaic and countervailing duties were justified.

The Commerce Department calculated the rate for Moroccan phosphorous at about 20%, and OCP is appealing that in a separate case before the Court of International Trade. 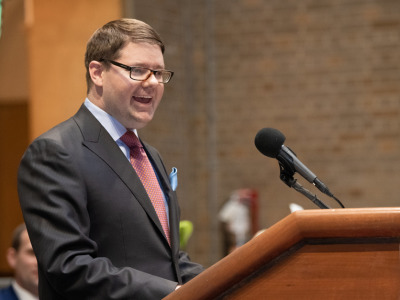 The case was relatively straightforward, the ITC argued in the June 28 hearing that was essentially a judicial appeal to its ruling on injury: An influx of imported Moroccan phosphorous fertilizer from 2017 through 2020 resulted in lower domestic prices, injuring Mosaic – the domestic producer that initiated the ITC’s investigation.

Imports increased their share of U.S. consumption, an ITC lawyer argued to Vaden during the oral arguments of the hearing, and they “did so at the direct expense of the domestic industry.”

McNamara said the increased imports were a direct result of increased demand, pointing to the fact that Mosaic had stopped producing in 2017 at its Plant City, Florida, facility. Mosaic, according to the ITC, permanently shut down the facility in 2019 “because it was the highest cost manufacturing plant in Florida and due to global phosphate market conditions.”

Mosaic, the ITC said, also temporarily cut production at two facilities in Louisiana in 2019 “in response to an oversupply of phosphate fertilizer in the North American market caused by heavy rain that delayed the planting season and due to excess imports.”

But Vaden was not nearly satisfied, repeatedly asking why the ITC did not take into better consideration all of the factors surrounding the increase in imports.

“I guess your point is that no matter what evidence they present, you can ignore it under the statute if you believe that there’s just an increase for any reason,” Vaden said.

The ITC disagreed with that assessment, but OCP agreed wholeheartedly. McNamara and Kevin Kimm, OCP North America’s chief growth officer, tell Agri-Pulse that when examining the increase in the context of several different factors, imports were not to blame for any lost revenue that domestic phosphorous producers suffered.

“Our view,” Kimm said, “is that (Vaden) was looking at the entire picture.”

And the picture at the time was grim for both the fertilizer industry and farmers.

Historic flooding in the early spring of 2019 stopped farmers across much of the Corn Belt from planting that year. An analysis by the American Farm Bureau Federation showed a record number of farmers filed for indemnities under the USDA’s Prevented Planting program that makes payments to cover pre-planting expenses.

USDA paid out on 20 million acres that year, setting a new record that was more than double the previous record of less than 10 million in 2011, according to the AFBF analysis.

The situation, OCP argued before Vaden, was completely unforeseeable and supplies of imports were already on the way or arriving from Morocco to a market of collapsing demand. So, yes, imports were strong and prices fell, but OCP argued that it was not the company’s fault.

“What we’re saying, and (Vaden) seemed to be going along the same lines, was that if you have a collapse in demand that’s exogenous and the supply is larger than the collapsed demand, it isn’t evidence of harm (by OCP) to the domestic industry,” McNamara said.

Vaden did seem to be “going along the same lines” during the hearing. Playing the “devil’s advocate” during his questioning of the ITC, he said: “If you’re stocking up at the end of 2018 and early 2019 … when the bad weather happened, the decision about how much you were going to buy would have been made three to six months earlier in calendar year 2018 when no one knew the weather was coming.”

That being the case, he said, it would seem understandable that people were importing more.

Kimm and McNamara said they are pleased at how the oral arguments played out, but both stressed that even if Vaden rules that the ITC decision was flawed and remands the case back to the agency, Mosaic would have the right to take it to the U.S. Court of Appeals for the Federal Circuit. The case could go all the way to the U.S. Supreme Court, McNamara said.

McNamara and Kimm say they hope it doesn’t come to that, but they are also preparing for the second front of the legal battle. The second OCP appeal that will be before another Court of International Trade judge is challenging the Commerce Department’s calculation of the 20% duty on Moroccan phosphorous fertilizer. 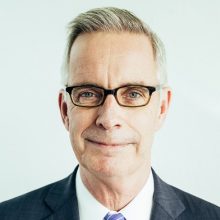 Oral arguments have not yet been scheduled for that hearing, but OCP is getting ready because the outcome could be substantial. If the judge rules that Commerce’s calculations were flawed, it will then be up to the department to redo the math, which it likely would be doing at a time of soaring domestic fertilizer prices and loud calls from farmers and lawmakers to stop obstructing imports.

If Commerce were to lower the duty to below 2%, that would be considered de minimis and the duty would be thrown out.

The situation is indeed bad for farmers when it comes to fertilizer prices, says David Franzen, a professor and extension soil specialist at North Dakota State University. Farmers in his section of the Midwest were paying between $1,200 and $1,400 per ton for monoammonium phosphate (MAP) in April and May to plant their spring crops, he said. That's about double the normal price, Franzen said.

Prices, he said, “were as high as I’ve ever seen them.”

That caused farmers to hold back on applications, said Franzen, who added that he expects yields to drop as a consequence.

For more news,  go to www.Agri-Pulse.com