Environmental groups are pushing the California Air Resources Board to limit the usage of crop-based biofuels as it considers how to update, and perhaps accelerate, the goals of the state’s successful Low Carbon Fuel Standards program.

CARB has been holding public workshops and accepting comments as it works to amend the program to help the state achieve its goal of carbon neutrality by 2045. In May, the board proposed the use of carbon capture and sequestration and continued use of biomass-derived biofuels as it also looks to reduce greenhouse gas emissions in the state by 40% below 1990 levels.

One concern, however, says CARB is the increasing use of lipid-based feedstocks such as vegetable oil to reduce the carbon intensity of fuels and the resulting impact on food stocks.

“The share of vegetable oil feedstocks has increased in California and nationally in recent years,” CARB said in its presentation at a July workshop on the LCFS. “Clean fuels programs in Oregon, Washington, Canada, Brazil and EU will likely increase global demand for crop-based fuels.” The European Union, CARB noted, “limits biofuels produced from food and feed crops to 1% above baseline use in that member state in 2020 or a maximum of 7%.”

But the Renewable Fuels Association said in comments submitted to CARB that a cap on crop-based biofuels “is not necessary, would be inconsistent with the technology-neutral design of the LCFS, and would chill investment in lower carbon fuel technologies.”

Kern Oil and Refining Co. in Kern County, California, said “limiting crop-based fuels as suggested is not based on science, and CARB should not be swayed by false assumptions or inaccurate correlations about food versus fuel.”

However, the Union of Concerned Scientists said CARB should cap the use of lipid-based fuels for LCFS compliance “at a level that ensures that California does not use a disproportionate share of the lipid-based fuel available nationally.”

Researchers at UCS and the International Council of Clean Transportation said in a recent briefing paper “increased consumption of lipid-based biofuels raises food prices, sustainability issues, and fraud concerns and could undermine the efficacy of the LCFS.”

The authors said in recent decades, biomass-based diesel fuels “have grown from 0.4% of California’s diesel blend in 2011 to 32% in 2021, and this growth is poised to accelerate in coming years.” Vegetable oil, waste oil, and animal fats are all lipid compounds “that can be readily converted" into biomass-based diesel. Renewable diesel and biodiesel are both forms of biomass-based diesel, or BBD.

Last year, they said, 600,000 metric tons of soybean oil went to produce BBD for the California market, “and evidence shows that the scale of vegetable oil-based fuel in California could soon skyrocket. Scaling up the use of vegetable oil for fuel contributes to food price spikes and deforestation; therefore, a policy safeguard is urgently required to limit the impact of LCFS on the markets for vegetable oil and other lipids such as [used cooking oil] that are linked through trade.” The easiest way to do that, they said: “Capping the use of lipid feedstocks used for BBD would be a simple and effective way to mitigate the sustainability risks unique to BBD fuels and ensure the LCFS remains an effective tool to support California’s transportation decarbonization goals.”

The American Soybean Association and National Oilseed Processors Association begged to differ, offering other data to make their case. “Ónly about 4% of U.S. soybean production is used in U.S. biofuels by weight,” ASA said in its comments.

In the 35 years from 1980 to 2015, U.S. soybean production increased by 120 percent, but “environmental outcomes improved drastically — on a per bushel basis, land use by soy growers declined by 40%, soil conservation improved by 47%, irrigation water use improved by 33%, energy use decreased by 35%, and greenhouse gas emissions decreased by 45%,” ASA said.

ASA also said consumers are “largely insulated” from variations in soyoil prices, citing an analysis from Jayson Lusk, director of the Center for Food Demand Analysis and Sustainability at Purdue University, showing that “a doubling of soybean oil prices would only increase the retail price of bread by about one-third of one percent.”

The Renewable Fuels Association also said a limit on crop-based biofuels would be a mistake.

Kelly Davis, RFA’s vice president for technical and regulatory affairs, said in comments that the quickest way to “take credit generation pressure” off lipid-based biofuels like renewable diesel would be for California to approve sales of E15. 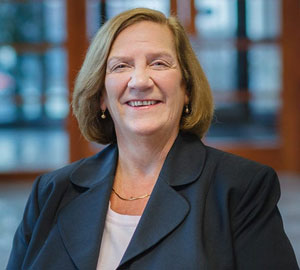 “Achieving carbon neutrality will only be possible with the widespread deployment of low to zero carbon ethanol at blends above 10 percent, along with electrification and other bio-based gasoline substitutes,” Davis said. “An important first step is to immediately approve the use of E15 in California.”

RFA also said it supports a re-analysis of the land-use change emissions value for corn ethanol, which has not been updated since 2014. Recent research shows that the carbon intensity of corn ethanol production is much lower than California’s current estimate, RFA said.

Clean Fuels Alliance America, which represents the biodiesel, renewable diesel, and sustainable aviation fuel industries, said that CARB already accounted for realistic increases in the use of biomass-based diesel when it adopted rules for the program in 2015.

“Some of the leading scientific analysis … establishes that to achieve California’s goal of carbon neutrality by 2045, the state must unleash the power of soil as a vast carbon sink,” said Leonardo Bastos, senior vice president, commercial ecosystems, at Bayer Crop Science.

“Crop-based biofuels have been substantial credit generators since the inception of the LCFS, and have the potential to deliver even great reductions in future years through the broad implementation of [climate-smart agriculture] practices.”

Citing information from Climate FieldView, a digital data platform, Bayer says more than 30% in "feedstock [carbon intensity] reductions can be achieved through the implementation of CSA practices.”

“To the extent that CARB continues to follow its current approach that ‘corn is corn’ and treats grains as fungible commodities that cannot generate additional credits reflecting carbon smart agricultural practices, CARB will continue to unintentionally forgo the world’s most substantial carbon sink opportunity,” Bastos said.