Comments submitted to USDA revealed sharp divisions over the department's proposed rule aimed at improving transparency in poultry contracts and the tournament payment system used in the industry.

USDA’s Agricultural Marketing Service published the proposed rule in June after years of back-and-forth between the department, industry and other stakeholders, including a 2016 proposed rule that was withdrawn last year.

This proposal and another published the same day, with a focus on fairness in the system, come in the context of the Biden administration’s declaration of a whole-of-government commitment to transparency and fairness in a competitive economy. AMS says the rules are necessary to bring the Packers and Stockyards Act into alignment with the realities of the modern broiler industry. Chicken is widely seen as the most affordable meat protein and the broiler industry as an accessible way into animal agriculture.

“The Packers and Stockyards Act is crucial for protecting farmers and ranchers from excessive concentration and unfair, deceptive practices in the poultry, hog, and cattle markets. But after 100 years, it needs to take modern market dynamics into account,” said Agriculture Secretary Tom Vilsack, in a statement when the proposed rules and additional department actions were announced. “Increased transparency is the essential starting point for modernizing our rules, protecting producers, and countering the damaging effects of concentration.”

The proposed rule says it aims to “promote transparency in poultry production contracting and to give poultry growers and prospective poultry growers relevant information with which to make business decisions.” That information might include details about a flock’s origins and the quality of the feed and other inputs the contractor receives.

The rule also calls for more disclosures from companies about how they run the tournament system, such as why certain growers are grouped together. With tournaments, typically a group’s average productivity is calculated and then sites that produced above the average receive a bonus. The money for the bonuses comes out of what’s paid to the below-average growers, a practice grower advocates say unfairly transfers risk from the companies to producers.

Most comments in favor of the rule touted its effort to empower growers in a system where large integrators own the birds and control all the inputs while the individual farmers take on as much as 50% of the financial liability — often in the form of Farm Service Agency loans — but control only the animal husbandry aspect of the production.

The Government Accountability Project applauded the proposed rule’s “movement toward realizing the intent of the PSA by addressing transparency concerns regarding the formation of contracts, the tournament system, and input variability.” Farm Action, another advocacy group, called the proposal “a welcome step forward in the effort to remedy the power imbalance between poultry growers and live poultry dealers.”

Other supportive comments came from the Campaign for Contract Agriculture Reform and the Rural Advancement Foundation International USA.

But industry groups, some of which successfully requested a two-week extension of the comment period, insist the current practices are both legal and fair and reward growers who are most successful at raising healthy birds. Industry comments also emphasize that the changes would be burdensome to implement and, therefore, costly for everyone, including consumers.

AMS estimates the total 10-year cost to growers and companies would be about $20 million.

The National Chicken Council, which represents processors, blasted the proposal, saying its “devastating financial impact” would include “ultimately destabilizing a successful compensation system.” NCC said the proposal “contradicts the clear intent of Congress, is well beyond AMS’s mandate under the [PSA], and is arbitrary and capricious under the Administrative Procedure Act.” 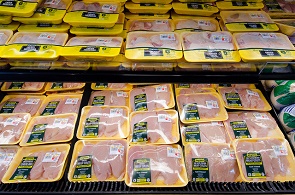 NCC wrote that the proposed additional disclosures companies would need to provide to growers are “unhelpful and introduce unnecessary complexity into an already highly regulated process.”

NCC also said the proposal for companies to agree to minimum annual stocking numbers, a provision AMS says is intended to help growers better anticipate their infrastructure needs and estimate their potential income, “goes well beyond mere disclosure, imposes terms on private contracts, and would wrongfully impede the ability to adjust to market dynamics.”

Those concerns were reflected in additional comments from several companies. Koch Foods emphasized that “those who work the hardest, invest in their operations, and put the most effort into their business are handsomely rewarded for their success.” Koch also wrote that additional information that AMS says would further inform growers of the risks they are assuming, including potential variability in income, would not have the intended results. “Grower performance dictates each grower’s income, and suggesting otherwise through disclosures at contracting could set inappropriate expectations.”

AMS also says the rule would address concentration, in particular the limited number of integrators working in some regions. The agency cites survey data showing 50% of growers said they have only one or two integrators available to work with in their regions. That is not the case in Delaware and on the eastern shores of Maryland and Virginia. The Delmarva Chicken Association, representing that area, says there are five companies and “if a processor gets a reputation for being a bad business partner, growers generally have the ability to leave.” DCA’s comments opposed the proposed rule and align with NCC’s.

Several other state poultry groups also submitted comments similar to NCC’s. There were not a lot of individual comments submitted by current contract growers. Industry comments suggest the lack of participation from producers reflects their satisfaction with the current system. In contrast, advocates for change say producers are intimidated and fear negative consequences if they express concerns publicly.

AMS now will review all 384 comments, plus those submitted in response to the fairness rule. That comment period ends next Tuesday.

Editor's note: A previous version of this story reported several state Farm Bureau groups were in line with the National Chicken Council’s comments on the issue. The sentence has since been corrected to state it was, in fact, state poultry groups that held that position. We regret the error.