Ag's role in White House hunger conference unclear, but produce may get focus

The much-anticipated White House hunger and nutrition conference set for Sept. 28 will feature the release of a national strategy that’s expected to lay out a blueprint for ending hunger and addressing diet-related diseases that could very well embrace the old parental admonition: “Eat your vegetables.”

That may be an oversimplification, but recommendations in a broad-based effort by a task force formed to provide input for the conference are heavy on suggestions for how produce and other heart-friendly foods can be more fully incorporated in the diet of Americans.

The report from Tufts University mostly addressed feeding programs, looking at how the current structure can accomplish more as opposed to standing up new programs. But new ideas also were included, such as one pushed by the food industry and others that embraces the notion of “food is medicine.”

What that all means for the ag industry remains to be seen. The Agriculture Department “will be heavily involved in the conference,” a spokesman said, but offered no further details.

Meanwhile, some food and ag groups have been submitting comments to the White House as it prepares its strategy, which likely will involve a combination of legislative and regulatory goals. Nutrition recommendations, for instance, probably will be addressed in the 2023 farm bill.

The conference, modeled on the first conference in 1969 during the Nixon administration, has ambitious goals: End hunger in the U.S. by 2030, but also get more Americans to adopt healthy diets, which are linked to lower healthcare costs. In 2020, 38 million Americans, or 11.8%, struggled with food insecurity, a number that was up 9% from 2019.

Annually, more than a million Americans die from diet-related diseases like cardiovascular disease, diabetes and certain forms of cancers, the Food and Drug Administration says. “In 2020 alone, an estimated 800,000 people died from cardiovascular disease, an even greater number than the horrific toll of COVID-19 during that same year. And obesity, which is both a disease and a condition that increases the risk for other diet-related chronic diseases, has increased to historic levels in children and adults during the COVID-19 pandemic.”

The role of agriculture as an industry – and USDA, as the administrator of the Supplemental Nutrition Assistance Program, the Women, Infants and Children program, and school meals programs – is likely to be large. But the details of USDA's role have yet to be sketched out.

Former Ag Secretary Dan Glickman, who served as co-chair of a broad-based effort through Tufts University to develop recommendations for the conference, said the conference “is more broadly focused on nutrition, health, hunger and poverty.” 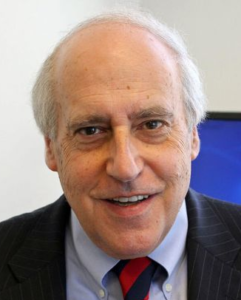 He said there was a “conscious effort” in the Tufts effort, and, he believes, with the White House conference “not to address commodity programs and related farm bill provisions as it was felt that those should be left to the congressional authorization process, and were also not largely part of the 1969 conference.”

Some farm groups, however, have participated in USDA listening sessions or other in other forums leading up to the Sept. 28 conference.

The International Fresh Produce Association, which served on the strategy group for the Tufts report, has been “super-engaged from the beginning,” said Mollie Van Lieu, IFPA vice president of nutrition and health.

Leslie Sarasin, CEO of FMI-The Food Industry Association, said FMI also supports the “food is medicine” approach, and said it supports expansion of federal feeding programs, “such as increasing the eligibility for children under the [WIC] program by one year to ensure they receive benefits up until the time they start school, making the Summer EBT program permanent so that children have access to food year-round, and including food industry registered nutritionist dietitians in Supplemental Nutrition Assistance Program (SNAP) education.”

The International Dairy Foods Association said the Tufts report, while helpful, does not include much discussion of what constitutes a healthy diet – something the administration will have to grapple with.

However, “we still have most of this country not doing that,” said Matt Herrick, senior vice president at IDFA. “And so we need to do a better job of educating the public, not only from the food industry side but the government side, about what a healthy diet is.”

Coming out of the conference, the administration will have “a decision to make” on diet, Herrick said

“Are those recommendations … when it comes to nutrition guidance, going to be based on the dietary guidelines” or on specific ways of eating advanced by “advocacy groups”?

“I hope that that's a conversation that’s part of this White House conference,” he said.

“A diet needs to be something that folks feel as though fits into their daily life,” he said. “So I think it’s important that recommendations are simple, that they're common sense and that they're accessible,” Herrick said.

Martin Richards, who leads the Community Farm Alliance in Kentucky and served on the task force that put together the Tufts report, also mentioned livestock. “Kentucky is also a cattle state,” he said. “We also support access to good quality protein. For us it’s about supporting Kentucky farmers.” 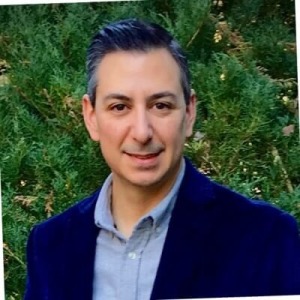 But there also were a number of recommendations around production of “specialty crops,” a long-standing industry term used to describe fruits and vegetables but whose definition by law also includes “tree nuts, dried fruits and horticulture and nursery crops, including floriculture.”

For example, the report said USDA “should add a point allocation system in the review and awarding process” for Beginning Farmer and Rancher Development Program grants “that would prioritize beginning farmers with an intention to grow specialty crops, using sustainable agriculture practices, and growing on small to mid-sized farms.”

Niaz Dorry, executive director of the National Family Farm Coalition, who also was on the strategy group for the Tufts report, said she doesn’t like the term “specialty crops” because it sounds like the production is for a niche market, as opposed to simply a sign that the producer is employing ecologically sustainable practices.

“To me, it's being able to grow a diversity of crops and great diversity of animals on your farm, and means you are paying attention to issues around ecological sustainability,” she said. It also is a way of “kind of nipping in the bud this idea that growing the most amount of one thing is the definition of success."

Richards echoed that sentiment. While growing more fruits and vegetables will be important to meet nutrition goals, Richards says what he’s looking for is a “fundamental shift from quantity to quality.”

“I think American agriculture has gotten really good at producing cheap calories,” he said, and also emphasizes the importance of creating local and regional food systems.

Dorry agreed, saying “one of the problems with our current system around foods” is the emphasis on quantity.

“We measure success based on how much corn can you crank out? How much soybean can you crank out? How many pigs? I want to see the definition of success be more about how many different colors of vegetables are on your farm, how diversified is your crop?  Let's flip this formula on its head. And one way to do that is not call it a specialty crop, but actually call it diversified farming or something else. Because this is not a niche market situation. This is a necessity, if we want to have a different food system moving forward.”

She also thinks efforts need to be made both to create and strengthen local food systems. “Paying more attention to what it takes to feed people from food that was grown, raised or caught not too far from them, leads to, I hope, paying attention to infrastructure, paying attention to the communities who provide our food because now you're getting your food from somebody who's potentially your neighbor as opposed to some cargo ship,” she said.

Sustainable agriculture consultant Ferd Hoefner agreed, adding that he hopes the focus on hunger and nutrition at the conference won't delay future conversations about the importance of the agricultural system in attacking those issues.

"I don't have any big objection to the fact that they're going to focus in on nutrition assistance programs and diet-related issues, exercise, maybe expanded incentives for eating better," he said. "That's all fine and good. But you can't really address these issues of nutrition and diet-related disease unless you're going to treat the larger agricultural issues," which include support for new and beginning farmers, supply chain improvements and reformulating subsidies away from support of processed foods toward healthier alternatives.

Any changes in the way farmers grow food resulting from the conference, however, will take years to implement, several experts said.

“I never bank on one event to be the ultimate problem-solver,” Dorry said. “Everything is a step in a process, and certainly the issues we've been dealing within our food system, whether it's agriculture or fisheries … didn't happen overnight.”