The 2022-23 soybean marketing year starts officially on Thursday, and signs indicate exports will get off to a strong start. USDA data shows China is buying heavily, but marketing and education efforts by U.S. farm groups are paying off as demand is also growing in places like Egypt.

The USDA raised its forecast earlier this month for U.S. soybean exports in 2022-23 to 2.155 billion bushels – 20 million more than was predicted in the July supply and demand report. The daily and weekly numbers since then support that optimism.

Demand from China is the largest factor when it comes to U.S. exports because it’s by far the largest buyer of U.S. soybeans, and China’s appetite is strong after a smaller than expected Brazilian crop.

“We’re at the point right now where we’re going to hit our stride as harvest comes and puts a lot more beans into the export market,” said Mac Marshall, vice president of market intelligence at the United Soybean Board and U.S. Soybean Export Council. “And, certainly, seeing this forward demand for new crop beans from China is exciting, but we’ll of course be watching that warily in the months to come.” 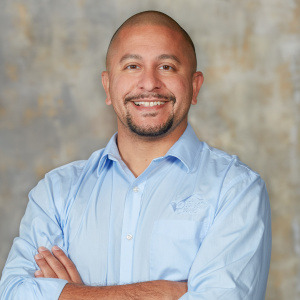 USDA last week reported export sales of more than 6.7 million metric tons of new crop U.S. soybeans from Aug. 12-18, with at least 2.7 million of that total purchased by Chinese buyers. In actuality, it could have been much higher. About 2.6 million tons were designated as bound for “unknown destinations,” and such sales often end up going to China.

The numbers for Aug. 19-25 aren’t in yet, but daily sales sometimes released by USDA show Chinese purchases of 627,000 tons.

A major factor in China’s rush to commit to new crop soybean purchases is poor weather in China, said Marshall. China’s annual production only accounts for roughly 20% of its consumption, but drought conditions have made the country nervous.

“It looks like they’re going to get some timely rain in the next couple of weeks … but I think there’s fear about severe production shortfalls and they’re probably looking to bolster nearby supplies,” Marshall said.

Another factor is Brazil.

“Not getting that typical supply volume out of South America over the summer is a factor,” Marshall said.

Brazil produced 126 million metric tons of soybeans for its 2021-22 marketing year, according to USDA’s most recent estimate. It’s a large crop, but it still fell well short of the 139.5 million tons the country produced for the 2020-21 marketing year.

Weather permitting, the soybean crop Brazil will be planting this fall could produce a record harvest in 2023, but for now the 2022 crop left China hungry for the U.S. crop that’s coming out of the ground now.

Low margins in China’s soy crushing industry for the past couple of years could play a factor in the country’s soybean imports over the coming months, said Marshall, who also noted market concerns about the overall Chinese economy. Despite that, the Chinese still need to produce pork, and in order to do that, they’re going to need U.S. soybeans, Marshall said. 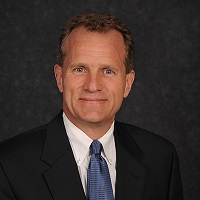 And there are optimistic signs coming from China, said Sutter.

“In China, we hear their crush margins are improving thanks to demand for soymeal in the feed industry,” he said. “I think in China things are starting to come out of that lockdown mentality, so demand for … meat is going up. It takes a while to work back through the chain, but we’re seeing that manifest itself in good demand for U.S. soy as we get into the new marketing year.”

Meanwhile, Egypt is buying more U.S. soybeans than ever. Egypt imported $364 million of U.S. soybeans five years ago, but that’s just about a quarter of what the trade was last year, according to USDA data.

The U.S. shipped $1.4 billion worth of soybeans to Egypt in calendar year 2021, a total that has already been exceeded this year. Egypt imported about $1.6 billion worth of U.S. soybeans in the first six months of 2022, more than double the $690 million it purchased for the same time frame in 2021.

“The work our team has done (in Egypt) … to talk to them about the quality of U.S. soy has really made a difference with their poultry industry and even their aquaculture industry,” Sutter said. “There’s a strong preference in Egypt for U.S. soybeans.”