The four largest U.S. railroads are optimistic about their plans to recruit more workers needed to move the fall grain crop to market, but Surface Transportation Board Chairman Martin Oberman is expressing concern about whether the railroads will be ready for the harvest.

The annual meeting of the board's Grain Car Council took place in Kansas City on Thursday, bringing together railroad industry leaders, grain shippers and private rail car owners to discuss issues affecting grain transportation. The STB prefaced this year’s event with a letter to the council’s Class I railroad members expressing concerns over whether they will have “sufficient crew, locomotive, equipment and capacity resources along key corridors supporting domestic and international markets.”

Max Fisher, the chief economist of the National Grain and Feed Association and one of the meeting’s attendees, said the railroads were optimistic about their worker recruitment. Railroad executives noted that the current period is a downtime for freight rail demand for grain, which has smoothed some of the shipping snarls they had previously experienced.

“They were all optimistic,” he said. “They were all talking about … how they’ve been trying to aggressively hire this year and trying to train and some of that is bearing fruit.”

The four largest railroads — Union Pacific, BNSF, Norfolk Southern and CSX Transportation — cut back on staff in 2020 after sudden drops in container traffic, only to be hit by a surge in shipping demand a year later. These companies hope to hire a combined total of more than 6,000 new employees by the end of the year, according to documents they provided to the Surface Transportation Board.

BNSF, in the report it submitted to the board, said that it had lifted the two-month embargo it had placed on certain goods moving into and out of California. The company said it has been able to hit its overall velocity and terminal dwell time targets for the first time since it submitted service recovery plans to the STB, though it noted that it expected its progress to remain “somewhat choppy in coming weeks.”

“Our gains in network fluidity have enabled BNSF to reduce agricultural past dues, and are now current for fall harvest,” BNSF executive vice presidents Steve Bobb and Matt Igoe said in a letter to customers on August 23.

Fisher said that the railroads indicated in the meeting that they were aware that they could face more shipping challenges later this fall. 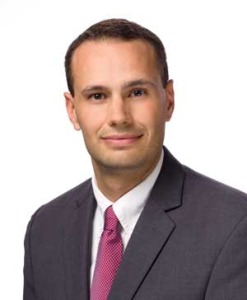 Max Fisher, the chief economist of the National Grain and Feed Association

“There were no guarantees, I guess, that there were not going to be any problems later on this year, especially when grain demand ramps up,” Fisher said.

“He was careful not to group all of the Class 1’s into that category,” Fisher said. “He really just singled out the four largest railroads.”

The Surface Transportation Board did not livestream or post recordings of the meeting online this year, despite doing so the past two years. The only material from the meeting posted on the National Grain Car Council’s website as of Aug. 30 was the STB’s letter to the members of the council representing Class I railroads.

The National Grain and Feed Association was the only group with a representative in attendance that was willing to speak with Agri-Pulse about the meeting. A number of railroads and agricultural companies that were present denied or did not respond to interview requests.

The meeting also included a panel about renewable diesel and its impact on rail shipping, a grains and oilseeds outlook, a grain shipper panel, and a rail equipment overview, according to an agenda.

Fisher said that there were some questions about the state of current labor disputes, which could potentially spur more employees to retire.

“There’s definitely concern within the grain industry and, I think, also within the rail industry that we’re definitely not out of the woods yet with respect to labor shortages on the railroads,” Fisher said.