The Senate’s back in action this week as lawmakers prepare to clear a to-do list in time to get home to campaign ahead of the mid-term elections.

Wednesday is shaping up to be an especially busy day this week. The Senate Finance Committee is scheduled to vote on the nomination of USDA adviser Doug McKalip to be the Biden administration’s chief agricultural trade nominee. He should easily advance to a floor vote.

For more on those events and the rest of this week’s D.C. agenda, read our Washington Week Ahead.

Federal Trade Commission Chairwoman Lina Khan is calling on USDA to take additional steps to address “deceptive, unfair and discriminatory” contract terms and business practices within the poultry industry. She describes the department’s proposed new regulations for the industry tournament system as “an important and constructive step.” 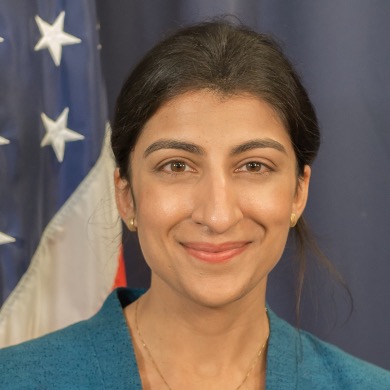 Khan, in a comment submitted to USDA, says the mandatory disclosure requirements for processors that USDA is proposing will help address existing informational gaps in the industry. But she says these rules will only go so far in addressing unfairness if there is little competition within the marketplace:

Take note: Khan says the FTC has taken action in the past against what she describes as “coercive contracts” in the oil industry and other sectors. USDA “could apply broadly similar reasoning to justify restrictions on unfair contract terms in the poultry sector,” she says.

More than $300 billion worth of Section 301 tariffs on Chinese imports imposed by the Trump administration will stay in place for now because there is support from U.S. industries that benefit from them, according to the Office of the U.S. Trade Representative.

The tariffs that played a major role in the China trade war and spurred retaliatory tariffs on mostly U.S. agricultural exports could have expired automatically over the past two months, but that didn’t happen because U.S. industries argued against it, according to the USTR, which says it is now preparing to conduct a review of the tariffs.

What happens now? USTR says to stay tuned because “details on the next steps in the four-year review process will be set out in subsequent notices.”

In May, USTR asked U.S. companies that benefit from the tariffs to send the agency their opinions on whether the tariffs should expire. But soon, USTR will ask for additional feedback, including the opinions of consumers.

Keep in mind: USTR Katherine Tai told lawmakers at a June hearing before a Senate Appropriations subcommittee that she believes the tariffs make the U.S. more competitive with China.

“The China tariffs are, in my view, a significant piece of leverage, and a trade negotiator never walks away from leverage,” Tai said at the hearing.

The nation’s schools are getting considerably more fruits and vegetables and less red meat, poultry and cheese from USDA since passage of a child nutrition law in 2010. That’s the key finding of a study by USDA’s Economic Research Service.

The study looked at distribution of food before and after passage of the Healthy, Hunger-Free Kids Act, which required USDA to increase nutrition standards for school lunch and breakfast. 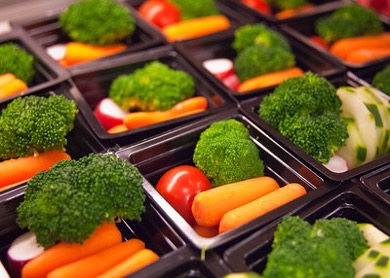 By the way: The economists also noted some other changes in the way fruits and vegetables were served. Schools moved to serving canned vegetables that were low-salt and fruit that was packed in light syrup. Plus, schools started offering products like frozen broccoli and spinach.

Keep in mind: The ERS study comes as the White House is preparing to convene a hunger and nutrition summit this month that will put a fresh focus on obesity and diet-related health problems.

Just about all of Ukraine’s farmers have been negatively affected by the Russian invasion, and it turns out that also includes the country’s walnut producers.

Ukrainian walnut farmers are now preparing to go into the orchards now for this year’s harvest, but they’re only expecting to produce 95,500 metric tons, a 17% decrease from last year, according to a new analysis from USDA’s Foreign Agricultural Service.

Less than ideal weather has been a problem this year, but the bigger issue is that many of those orchards are in areas now overrun by the Russian military.

He said it. “Certainly, people need to understand that a year ago was not going to be today.” - the chairman of the National Republican Congressional Committee, Tom Emmer of Minnesota, speaking on Fox News about the tightening in the race for control of the House.