The Biden administration is being pushed to consider dismantling the county committee system that USDA has long relied on to manage farm programs at the local level. The county committees are supposed to ensure producers have direct input with USDA on a range of issues involving commodity and conservation programs. Members are elected from among local farmers.

But a recommendation approved by USDA’s Equity Commission Thursday evening says Ag Secretary Tom Vilsack should study abolishing the county committees and designing “a more equitable alternative for ALL farmers.” The commission was formed to study ways to address discrimination in USDA programs.

“The deck is stacked against us,” P.J. Haynie, a Virginia farmer and chairman of the National Black Growers’ Council and member of a commission subcommittee, said of the county committee system. “The county committee has too much power.”

By the way: The commission agreed to gather more data before making specific recommendations addressing delays in resolving civil rights complaints. The commission is still considering the idea of moving discrimination complaints from the Office of Civil Rights to the department’s National Appeals Division.

Some battle lines are starting to form in Washington over the next farm bill. The top Republican on the House Agriculture Committee, Glenn Thompson, suggested this week that he may try to reallocate the nearly $20 billion in conservation program funding including in the newly enacted climate law, the Inflation Reduction Act.

We asked Senate Ag Committee Chairwoman Debbie Stabenow, D-Mich., about Thompson’s remark, since she may be well positioned in the next Congress to make sure the IRA funding stays intact.

“It’s certainly my intent to fulfill the law as it was passed,” she said Thursday. She added, “We're going to just move forward with this and assume that the department will use … the funds in the way they've been allocated.”

Thompson said at a House Ag hearing this week that he won’t be bound by the IRA allocations. Devoting the funding to address climate change risks undermining political support for conservation programs, he said. 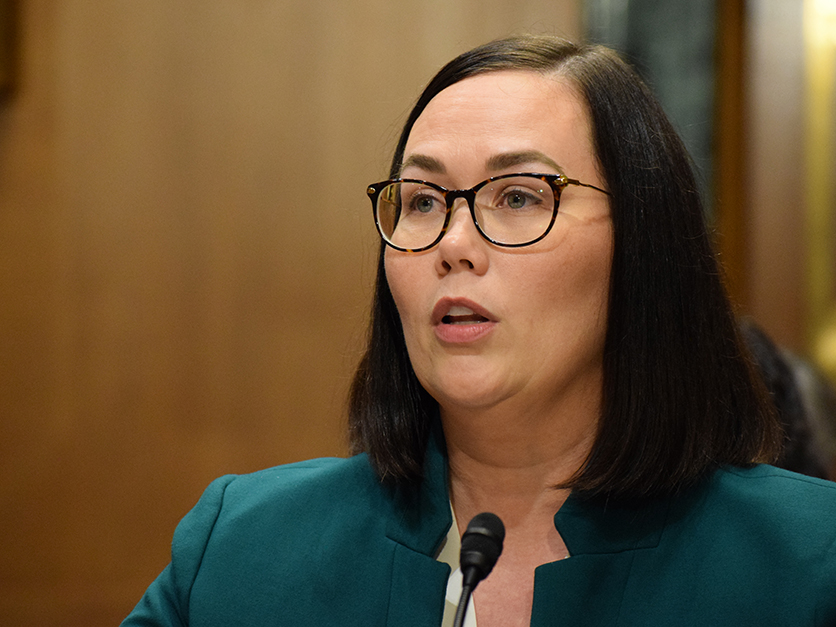 Take note: Stabenow said she hopes to have a committee vote next week on a trio of nominees that the panel considered on Thursday, including Alexis Taylor, President Biden’s pick to be USDA’s undersecretary for trade and foreign agricultural affairs.

By the way: A freshman member of the House Ag Committee, Kansas Republican Tracey Mann, says it’s far too early to know whether there could be additional money available for writing the next farm bill.

“A better way to fund the bill is to exhaust all opportunities to reallocate funding from unused or outdated programs,” he said in an interview for this week’s Agri-Pulse Newsmakers.

USDA plans to require beef processors to start reporting details of active cattle contracts. The information is to be used in a cattle contracts library that Congress authorized as a pilot program.

In a note to industry, the Agricultural Marketing Service says the reporting requirement is necessary to “populate the pilot with information from active contracts.”

Packer pushback: The North American Meat Institute claims AMS lacks the legal authority to mandate contract reporting. (USDA is relying on the authority it has under a livestock price reporting law.)

Keep in mind: The pilot program is only funded through September 2023.

US Grains Council welcomes a shot of Kentucky bourbon

The Kentucky Distillers Association, a non-profit trade group “dedicated to protecting Kentucky's legacy in bourbon and sharing it with the world,” is the newest member of the U.S. Grains Council.

“Kentucky distillers use between 15 and 20 million bushels of corn each year,” says USGC. “In fact, 75% of corn used by KDA distillers in 2020 came from Kentucky farmers.”

The Black Sea agricultural markets research firm SovEcon is again increasing its forecast for Russian wheat production this year. The firm now expects Russian farmers to produce 100 million metric tons of wheat. A little over a month ago, SovEcon raised its forecast to 94.7 million tons.

The new forecast would put Russia well above its previous production record of 86 million tons, the firm says, and that’s “thanks to almost ideal weather for winter wheat and good weather for spring wheat.”

Lawmakers from Colorado and New Mexico are urging the Bureau of Reclamation to use $4 billion in IRA funding to incentivize “long term” reductions in Colorado River water use.

The lawmakers say in a letter that the IRA funding should be routed through state, local and tribal governments to "limit potential speculation or profiteering from those suffering from the consequences of drought.” The agency also should consider ways to spend the money on data collection or technology that would reduce water use, the lawmakers say.

She said it: "There are things that our office is investigating that I can't talk about because they're not public” - Elizabeth Odette, an assistant attorney general in the Minnesota Attorney General’s office, during a panel on food systems.

Minnesota’s attorney general was one of 11 state AGs who asked the DOJ to open an investigation into the nation’s four largest beef processors. Minnesota has not been confirmed as an active participant in the investigation.