The Supreme Court seems to be searching for a middle ground on the long-standing question of which wetlands should be protected under the Clean Water Act.

During arguments that kicked off the court’s October term Monday, neither Acting Solicitor General Brian Fletcher — representing the federal government — nor Pacific Legal Foundation attorney Damien Schiff — arguing on behalf of Idaho landowners Chantell and Michael Sackett — escaped difficult questions from the justices. But the skeptical questioning of Schiff, in particular, revealed the court was not willing to go as far as he and his clients want — a test that would require a continuous surface water connection between wetlands and “navigable waters” to confer regulatory jurisdiction.

What his clients are looking for, Schiff told the court, is a test that would allow a wetland to be regulated under the CWA “only to the extent that it blends into and thus becomes indistinguishable from an abutting water.”

Fletcher, on the other hand, defended the “significant nexus” test developed by Justice Anthony Kennedy for the court’s Rapanos decision in 2006, and incorporated into new regulations that have been proposed by EPA and the Army Corps of Engineers: “[W]etlands possess the requisite nexus, and thus come within the statutory phrase ‘navigable waters,’ if the wetlands either alone or in combination with similarly situated lands in the region, significantly affect the chemical, physical, and biological integrity of other waters more readily understood as ‘navigable.’”

But the court is unlikely to adopt either position wholesale, said environmental attorney Duke McCall of Morgan Lewis in Washington, D.C.

“I think they are looking for, as Justice [Elena] Kagan put it, a third path,” he said in an interview with Agri-Pulse.

Vermont Law School professor Pat Parenteau agreed. “A majority of justices seemed to accept the concept that wetlands adjacent to navigable waters were potentially jurisdictional but were concerned about how adjacency should be defined and how landowners could know if they were subject to regulation,” he told Agri-Pulse in an email. 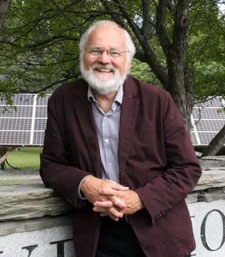 The court had already signaled it planned to go beyond the particulars of the case when it accepted the Sacketts' petition for review. The couple has been trying to build a house on their property for 16 years but has been stymied by the Environmental Protection Agency’s determination that they were discharging into a wetland covered by the CWA.

While only a few hundred feet from Priest Lake, a “navigable water,” the Sacketts contend the wetland is not covered by the federal government’s authority because it is separated from the lake by a road and has no surface water connection.

Justice Brett Kavanaugh and other justices spent a lot of time during the arguments discussing CWA Section 404(g), which Congress added in 1977 and mentions adjacent wetlands in the context of explaining the process for state assumption of regulatory authority.

“I don't believe Congress was at all thinking that 404(g) would have any impact upon the scope of the Act,” Schiff said. “If Congress intended to definitively change the scope of the act, one would think that the most natural move would have been to amend the definition of ‘navigable waters.’”

When Kavanaugh said “adjacent wetlands” have been covered by the CWA since the 1977 amendments, Schiff tried to focus on the “facts in the record,” but the justice cut him off.

“Let's put aside the facts … because this case is going to be important for wetlands throughout the country, and we have to get it right,” Kavanaugh said. “Why wouldn't a wetland separated by a berm, dune, levee or dike be covered, contrary to what the last 45 years have suggested?”

Schiff attempted to explain by quoting what Justice Antonin Scalia said in his Rapanos opinion, but the lawyer did not find a receptive audience, and Kavanaugh’s statement was promptly employed by Fletcher.

“As Justice Kavanaugh emphasized, for 45 years the EPA and the Army Corps have recognized that the presence of [barriers] does not categorically strip a wetland of the Act’s protections,” Fletcher said.

Justice Amy Coney Barrett also made the point that the 1977 amendments matter: “1344(g) is the biggest problem for you, clearly,” she said to Schiff, referring to the “adjacent wetlands” language by where it’s found in the U.S. Code.

“If we read ‘waters of the United States’ as you propose, does that mean that wetlands fall in a netherworld where neither states nor the federal government can regulate them?” Barrett asked.

Schiff said even if the agencies ended up using the Sacketts’ proposed test, “certainly there will be many wetlands that will still be regulated.” Environmental groups opposing the Sacketts, however, have predicted most wetlands would lose protection under the landowners’ test.

“I think they are looking for a way to define what ‘adjacent’ means, which is not an issue they've addressed in the past, and provide some sort of concrete standard around it,” McCall said.

A model for what the court might do can be found in its 2020 Maui decision, which concerned when pollution traveling through groundwater to a navigable water (in that case, the Pacific Ocean) can be regulated under the CWA.

In that decision, then-Justice Stephen Breyer wrote a seven-part test to determine when such a discharge could be considered the “functional equivalent” of a direct discharge to navigable waters.

“They could do something like that,” McCall said. “It would be consistent with the approach they took in the Maui case.”

Parenteau said he doesn’t think there are five votes on the court for either the Sacketts’ “touch” test or the government’s “reasonable proximity” test, which Fletcher referred to approvingly. The latter phrase comes from 1977 Army Corps of Engineers regulations that say “the landward limit of federal jurisdiction under Section 404 must include any adjacent wetlands that form the border of or are in reasonable proximity to other waters of the United States, as these wetlands are part of this aquatic system.” 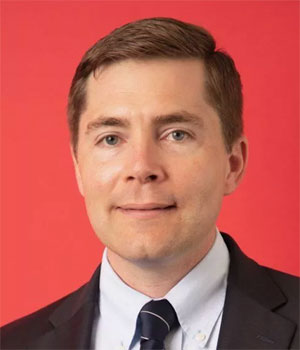 Parenteau said he was surprised at the nearly two hours of argument and “how far into the weeds the argument went.” He also was surprised there were not more questions about Kennedy’s “significant nexus” test or Scalia's Rapanos test, which would require a “continuous surface connection.”

Roberts expressed skepticism about the Sacketts’ approach when he asked Schiff whether a wetland that goes dry in the summer could be considered jurisdictional.

Schiff initially pushed back, saying “it's difficult to understand textually how one can regulate an area as a water if, on a regular basis, there is no water there.” But after Roberts called seasonal dryness “pretty common … for wetlands, or at least adjacent waters, in many situations,” Schiff conceded, “it's certainly a regular occurrence. And admittedly, this is one of the cases at the margin where I would say, with respect to any legal role, there's going to be difficult cases, and perhaps that could be reduced through further agency rulemaking.”

The decision is expected to be issued in the spring, which would be well after EPA and the Corps publish a final rule defining WOTUS, using pre-2015 regulations as a bench mark. A rule doing just that is currently under interagency review at the Office of Management and Budget.

Farm groups are among those in the business sector that raised objections to the agencies’ proposal, which cites the “reasonable proximity” language favorably, and who hope to see the court embrace a narrow view of federal water jurisdiction.