A second big Supreme Court case for agriculture is coming up next week, this one involving California’s Proposition 12 requirements for animal housing.

The National Pork Producers Council and American Farm Bureau Federation are arguing that the law violates the dormant Commerce Clause because of its “extraterritorial effects” on the industry, including its ban on the sale of pork in the state that are the offspring of sows raised in gestation crates.

Attorneys who wrote briefs supporting California's position stressed Thursday that Prop 12 is neither protectionist nor discriminatory. “It applies to all pork products, regardless of where they were produced,” said Brian Frazelle of the Constitutional Accountability Center.

Frazelle said the Supreme Court “has never invalidated a law like Proposition 12 under the dormant Commerce Clause” and that if the court rules for NPPC, states would be significantly hampered in passing health and safety laws protecting their own residents.

What will happen Tuesday: Timothy Bishop of Mayer Brown in Chicago will get 20 minutes for NPPC and AFBF, and the U.S. Solicitor General will have 15 minutes. California will get 25 minutes in response, and the Humane Society of the U.S. will have 10 minutes. The U.S. is backing NPPC and AFBF. 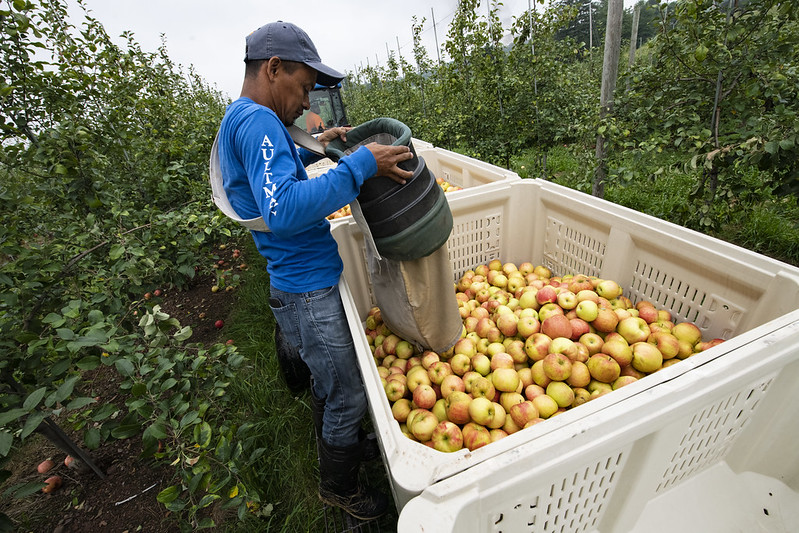 Farm groups are poring over a new 594-page Labor Department rule that tightens regulations for employers of H-2A workers.

Among other things, the rule clarifies requirements for housing and meals. It also makes clear that agricultural associations that apply for H-2A workers on behalf of member growers can be held liable for violations of regulations by individual farms. The new regulations take effect next month.

Timing matters: The new regulations will apply to farms seeking workers who are needed more than 90 days after the rule takes effect.

Laura Carroll of the White House Domestic Policy Council says we can expect announcements from federal agencies in coming weeks and months as they carry out the administration's national strategy for addressing hunger and diet-related diseases.

“We certainly know that the federal government has incredible procurement power.” Carroll said.

Participants on the call said that with the conference still fresh in people’s minds, they plan to push for a continuation of flexibilities implemented during the pandemic so families can access benefits more easily.

The Brazilian government says farmers there are going to plant soybeans on more acreage than ever before, raising the production forecast to about 5.6 billion bushels. That’s roughly 100 million bushels more than USDA is predicting.

The country has just begun planting this year’s crop, and weather will be a major factor — drought conditions last year took a major toll on southern Brazilian farmers — but University of Illinois’ Joana Colussi says initial expectations are that growing conditions will be more conducive this year.

Brazil’s National Supply Company, which goes by the Portuguese acronym of CONAB, is now predicting Brazilian farmers will plant 106 million acres with soybeans — a 4% increase over the 101 million acres last year. 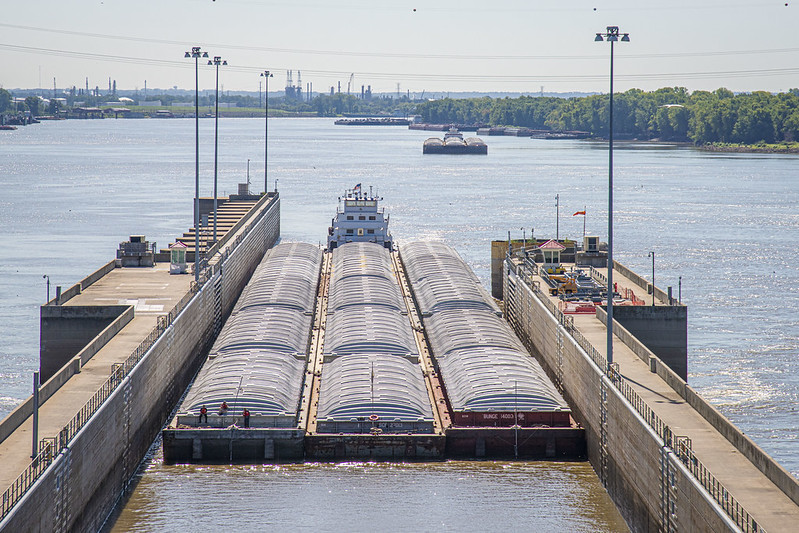 Barges carrying lighter loads due to low water levels may face additional slowdowns on the Lower Mississippi River because of construction-related closures.

The captain of the Port of New Orleans has announced restrictions at Mile Marker 189.5 on the Lower Mississippi River due to a pipeline removal. The waterway will be closed to southbound traffic for around 10 nights in October and early November, but barges heading down the river may also experience slowdowns on the days it is open.

Keep in mind: Barges are already being loaded lighter to prevent groundings from low water levels on the river, slowing the transport of commodities during the harvest season.

US walnut exports to China continue to decline

U.S. walnut exports to China will continue to decline in the 2022-23 marketing year as China produces more and Chilean exporters take advantage of a significant tariff advantage, according to an analysis by USDA’s Foreign Agricultural Service.

“Chile has overtaken the United States as the largest walnut supplier, largely because of a bilateral free trade agreement that allows Chilean walnuts to enter the China market at zero tariffs,” says FAS.

Chinese tariffs on U.S. walnuts range from 64% on shelled nuts and 74% on in-shell nuts as exporters continue to bear the burden of the trade war that erupted during the Trump administration.