Home » ‘Food is medicine’ coming to your health plan, if White House gets its way
News Food WEST

‘Food is medicine’ coming to your health plan, if White House gets its way

The White House has launched an effort to get Medicaid and Medicare, and eventually private health plans, to provide medically tailored meals to all Americans, a goal that produce growers hope will ultimately expand the consumption of fruits and vegetables.

The “food is medicine” concept has its roots in the AIDS epidemic, when volunteers delivered meals to patients as a way to prevent the wasting and other side effects victims of the disease faced.

In the last few years, the concept has taken off as Medicare Advantage plans have adopted a broad array of new benefits. In many cases, they now include some variation of home-delivered meals, designed to meet a range of conditions, including diabetes and heart or kidney disease. Some research is showing that providing meals to patients after they leave the hospital can significantly reduce their need to be readmitted.

Meanwhile, a handful of states, including California, Massachusetts and Oregon, also are experimenting with offering medically tailored meals through Medicaid, the federally subsidized health care program for low-income Americans. States are allowed to offer such benefits through pilot projects that require waivers from the Department of Health and Human Services.

Enter the Biden administration, which is looking to make all Americans eligible for medically tailored meals, first through Medicare and Medicaid and then private insurance.

The White House’s new national strategy for reducing hunger and diet-related diseases calls for increasing the number of Medicaid pilot programs and passage of federal legislation that would allow traditional Medicare plans to offer medically tailored meals as part of a pilot program.

The administration will be "working to expand access to food and medicine interventions as part of that, including medically tailored meals and produce prescriptions, which has been shown to effectively treat and or prevent diet-related diseases and reduce food insecurity,” Laura Carroll, a member of the White House Domestic Policy Council, said on a webinar following the White House Conference on Hunger, Nutrition and Health.

The White House is ordering the Center for Medicare and Medicaid Services (CMS), the division of HHS that oversees those health care programs, to formally request information from private insurers on what they are currently offering in the way of nutrition services.

At a recent private briefing for organizations involved in the field, another White House official described the CMS request for information, or RFI, as a potential “game changer” that would be the first step in shifting health benefits nationally.

In a separate move that could be especially beneficial to fruit and vegetable growers, the Agriculture Department announced in June that it was providing $40 million to a farm bill program called the Gus Schumacher Nutrition Incentive Program, or GusNIP, to scale up the use of “produce prescriptions.”

Produce prescriptions are similar in aim to medically tailored meals, but they provide fresh produce to patients either in boxes or in some kind of voucher or debit-type card.

The produce prescription concept, dubbed PRx, is much newer than medically tailored meals and doesn’t have the research behind it that medically tailored meals do, said Brent Ling, director of external affairs for Wholesome Wave, a nonprofit organization co-founded by the late Gus Schumacher that is a longtime advocate of increasing fresh fruits and vegetable consumption among low-income Americans. Wholesome Wave provides produce prescriptions through Walmart.

It’s one thing to know that eating more fruits and vegetables may help address a condition such as diabetes, it’s another thing to prove that in the type of trial required for a new drug.

The National Produce Prescription Collaborative, a coalition of groups that includes Wholesome Wave and the International Fresh Produce Association, unsuccessfully appealed to Agriculture Secretary Tom Vilsack to earmark some of the GusNIP funding for studies to evaluate the health impacts of providing fresh fruit and vegetables to patients. Grant recipients already are expected to collect data on fruit and vegetable consumption and food security, but the funding hasn't been used for control group studies that could yield valuable data on how the produce affects health outcomes, including blood sugar and blood pressure.

“Scaling the PRx prevention and treatment intervention for patients with or at risk of chronic disease will have profound positive impacts on the food system and health care; however, these benefits will only be actualized if the health care system in America incorporates PRx into their standard care practice,” the coalition said in a June 22 letter to Vilsack.

The department didn't agree to direct the $40 million toward control-group studies as the coalition wanted, instead allocating the funding for smaller grants that could be utilized relatively quickly. But Ling said the coalition will continue trying to steer GusNIP funding toward health studies when Congress takes up the next farm bill.

GusNIP funding needs to be used "to get the data we need to scale" produce prescriptions, said Mollie Van Lieu, vice president of nutrition and health for IFPA.

There are already numerous studies on medically tailored meals.

A 2019 study published in the Journal of the American Medical Association found Massachusetts patients who were given 10 meals a week designed to meet their dietary needs by a group known as Community Servings had half as many hospital admissions as other patients. They were also less likely to wind up in a skilled nursing facility.

A smaller, more recent study conducted with 93 Medicaid patients with congestive heart failure in southern California found participants lost weight and were 50% less likely to go to the hospital or a nursing home. Their health care costs dropped by more than $1,600 a month.

An Iowa-based company called Mom’s Meals supplied the California patients with lower-sodium meals, starting with three per day and then tapering down to two a day and one a day. Eventually, the meals were replaced with boxes of produce and pantry items.

The food is medicine concept "is just shifting how we all think in health care. It shouldn’t only be about sick care," said Catherine Macpherson, Mom’s Meals’ senior vice president of health care strategy and chief nutrition officer.

It’s not clear what the path forward is in Congress for legislation that would authorize a pilot program for medically tailored meals in traditional Medicare plans. The Medically Tailored Home-Delivered Meal Demonstration Pilot Act has not moved in this Congress, and the bill lost its lead Republican co-sponsor when Rep. Jackie Walorski, R-Ind., was killed in a car accident in August. 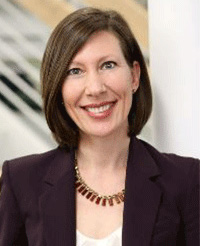 The bill, whose lead Democratic sponsors include House Rules Committee Chairman Jim McGovern, D-Mass., and Maine Democrat Chellie Pingree, a member of the Appropriations and Agriculture committees, would authorize a three-year trial by hospitals of home-delivered medically tailored meals. The goal is to further assess the effects of the meals on health outcomes.

Unless the bill garners new GOP support, the prospects for passing the legislation are likely to dim significantly if Republicans take over the House, as expected, in the November elections.

Even so, medically tailored meals appear to be here to stay.

“The term medically tailored meals was only coined by our national coalition in the last five or six years,” said David Waters, CEO of Community Servings, which started serving such meals to AIDS patients 35 years ago. “So, to now hear it from health care leaders and to see it on White House letterhead at the conference is very validating.

“I think we are moving in the direction of food interventions being an important part of the health care treatment regimen.”