Water managers are preparing for a warm winter, a worse drought and a chance of biblical floods. As California discovered last year, the weather can swing wildly from one extreme to the next each month—offering little reliability for farmers planting winter crops or planning for the next irrigation season.

Conditions are lining up for a rare third year of La Niña, which tends to bring heavier precipitation to the Pacific Northwest and drier weather to most of California. Last year two atmospheric rivers delivered the bulk of the water supply in October and December, with total precipitation adding up to 76% of average for the water year that ended last month. But the last two winters have demonstrated that an adequate snowpack can disappear in just weeks under spring heat waves.

For the long-term outlook, the changing climate will cut the snowpack by a third and slash California’s water supply about 10% by 2040, a loss of as much as nine million acre-feet of water, according to Kayla Ungar, a new CDFA advisor on climate, water and drought.

“Together these impacts are an existential threat to agriculture,” said Ungar, in a presentation to the State Board of Food and Agriculture last week.

Out of the top 20 crops grown in California, eight are under threat from climate disruptions, she explained.

Researchers are documenting many of those climate extremes as they unfold today. Jeanine Jones, drought manager for the Department of Water Resources (DWR), told reporters last week the state could still experience a wet winter. But overall “we are on a trajectory towards warmer and drier conditions” and should not be surprised if less runoff makes it to reservoirs. In a separate statement, Director Karla Nemeth said DWR is planning for a future with less overall precipitation and more rain than snow. 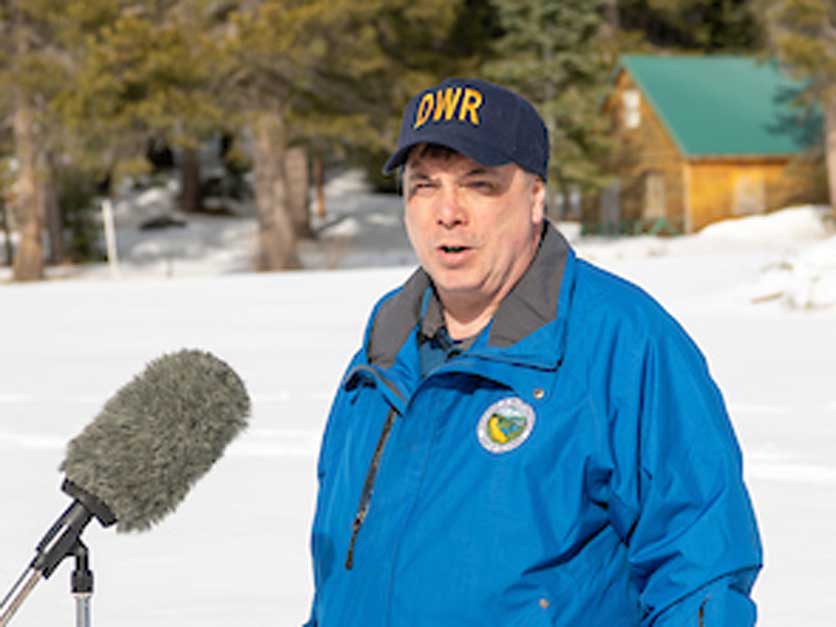 California is already spiraling into a perilous hydrologic pattern, according to University of Michigan climate scientist Jonathan Overpeck. He explained to the board how warmer temperatures are driving a thirsty atmosphere to pull more water from wherever it is available. This leads to more evaporation from reservoirs, the soil and even directly from the snow before it has a chance to melt and collect into streams. In response to the frequent heat waves, parched vegetation in forests, grasslands and agriculture is drawing more water to maintain temperatures and photosynthesis.

Overpeck warned the planet is nearing a tipping point and advised policymakers to plan for more climate surprises. Wildfires are emitting more carbon dioxide into the atmosphere and accelerating climate change. Thawing permafrost in the Arctic is releasing more emissions. California’s summers could suddenly get disastrously warmer if it loses the cloud cover that shields coastal cities and farms from extreme heat.

And competition for resources will escalate.

Overpeck has made some enemies with his opinions on the ongoing drought crisis for the river. He called cutbacks in water allocations just a temporary fix. Saluting California’s aggressive climate policies, he suggested the state leverage its senior water rights status with Colorado River water to force the other lower basin states to take bold climate action as well.

“It's a travesty that the basin states—with the exception of California—aren't really talking about solving the climate crisis,” he said. “They're just talking about a band aid to reduce water use now. But it's going to get worse and worse.”

Last week several irrigation districts and the Metropolitan Water District of Southern California, a major urban supplier, proposed to slash annual water imports from the Colorado River by as much as 400,000 acre-feet beginning next year, in exchange for a federal commitment to restore the Salton Sea and for drought relief from a $4 billion package approved in the Inflation Reduction Act.

But water agencies at the end of the pipeline for water deliveries are likely to see minimal water allocations again this year, if any. State and federal water officials are taking actions to prepare the State Water Project (SWP) and Central Valley Project for little runoff.

DWR’s Jeanine Jones added that the prospects are not good for the water contractors who depend on the projects. While reservoir storage is slightly better than this time last year, agencies plan to retain more water in the reservoirs next year to prepare for a potential fourth year of drought in 2024. Irrigation districts that received little to no water the past two years stand to face another round of dismal allocations when the state sets its initial delivery outlook in December.

“We have to prepare and expect that we're going to see things that we haven't seen before,” SWP Assistant Deputy Director John Yarbrough told the Water Commission during a meeting last month. “We're very likely to have low allocations as we start the water year.”

The drought actions will be more of the same from 2021-22. Yarbrough detailed the state’s plan for delivering enough water to meet minimal health and safety needs and to keep salt intrusion at bay in the Sacramento–San Joaquin Delta. The state is also maintaining a salinity barrier in the Delta. This summer the State Water Resources Control Board extended emergency curtailment regulations for major watersheds into 2023. Yarbrough expected DWR will hold off for now on submitting another temporary urgency change petition to the board, which would conserve more water by suspending some endangered species obligations for freshwater flows. But that action is likely to return if conditions worsen this winter.

The department has made strides over the past year to measure the snowpack depth more accurately. Relying on snow sensors in the Sierra Nevada last year led in part to a drastic overestimate in the amount of runoff. Since then, DWR has expanded a partnership with NASA’s Jet Propulsion Laboratory on aerial snow surveys, with more flights taking off last spring. This winter the program will extend to the watersheds that flow into Shasta Reservoir and along the upper reaches of the American River and Kern River, according to Anderson. 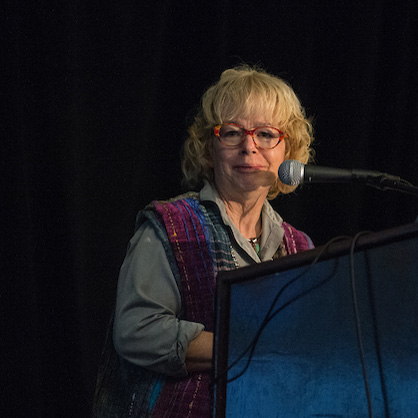 “Our facilities need to be in in tip-top condition to be available for operation when water comes in,” he told the Water Commission. “The water's coming in at weird times. It's unexpected. It's in big gulps. And then long periods of nothing.”

DWR and the Bureau of Reclamation have made strides in adopting new modeling that relies less on historical data to monitor atmospheric rivers and more on real-time measurements. Yet Schwarz acknowledged that meteorologists are struggling to confidently look beyond a three-week window in their weather outlook.

“If we could really understand things three or four months out, that would really open up a whole new frontier of water management,” he said, calling that the holy grail for the research field. “But this is a particularly thorny problem.”

Water Commissioner Kimberly Gallagher, who manages a farm in Colusa County, lamented that even a three-month forecast would be difficult for agriculture, since growers make plans six months out.

New modeling scenarios are also offering grim insights into the prospects for water projects. Some have predicted the SWP’s performance in 2050 could be 20% worse on average than it is today, noted Schwarz. To help water contractors grapple with that reality, DWR has been distilling complex climate projections into a range of percentages for risk tolerance, since each agency has a different threshold for risk, he explained. Some may be more comfortable with a higher risk while others will need more of a safety buffer against climate impacts.

“We're hoping to provide more information to improve resilient water management throughout the state by all the folks that use our water,” said Schwarz. “We fully acknowledge that the future is uncertain and there is a range of possibilities.”

Climatologists have emphasized that point in tracking the emerging La Niña weather pattern. DWR’s Michael Anderson offered a glimmer of hope by noting that some predictions portray La Niña as breaking down sometime in December to February, as California gets into the heart of the water year.

Daniel Swain, a climate scientist at UCLA and science fellow at The Nature Conservancy, described the indicators as “very early hints” of rapid changes that could swing weather patterns in the opposite direction by spring.

“It's still far too early to read too much into that, but stay tuned,” he cautioned.