Northern California’s rapidly warming climate is diminishing mountain runoff that should be flowing into streams and reservoirs. With extreme heat waves decimating the snowpack and after a decade dominated by drought, the environment is thirsty and sponging up moisture like never before—creating a new adversary in the great water wars that have plagued California.

Last year as much as a million acre-feet of anticipated runoff failed to materialize in reservoirs—a block of water large enough to fill Folsom Reservoir. That has put a spotlight on state hydrologists and the complex modeling that underpins the state’s water decisions. Last month the California State Auditor launched an investigation into the forecasting mistakes, after outcry from a moderate Democrat who represents parts of the upper San Joaquin Valley.

“As extreme climate events become increasingly normal, we're learning the solutions that worked in the past are simply not sufficient to meet these new challenges,” said Assemblymember Adam Gray of Merced, during a committee hearing to consider his request for the water audit. “California's water management strategies are outdated, heavily flawed and increasingly dangerous to the health of humans and the environment alike.”

Gray, who is running for Congress this year in a battleground district, charged that the Department of Water Resources (DWR) used outdated computer modeling based on historical data that failed to take into account the changing climate. The optimistic forecasting led DWR to release an extra 700,000 acre-feet of water from the state’s reservoirs, he argued, as he called for the state auditor to find out what exactly happened and if any officials were held accountable “for this colossal mistake.” The investigation will consider steps DWR has taken since then to improve the modeling and data collection and if the state forced water right holders to needlessly forfeit allocations due to the flawed planning.

And DWR is not the only target. 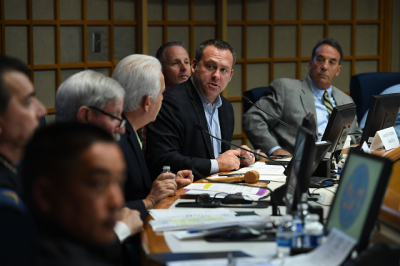 Gray alleged the State Water Resources Control Board worked in concert with DWR to block local districts from providing water to Californians. Some of those districts have adopted new technologies that provide them much more accurate projections of water availability.

“Errors on this scale have real and measurable consequences,” said Gray, describing how reservoir managers rely on this information when calculating the amount of water to release to make room for snowmelt runoff. “Growers use the information to predict how much water they can expect for their farms and how many acres they can afford to plant.”

“The impact of the state’s incompetence has been to cripple segments of the multi-billion-dollar agriculture industry with spillover impacts into manufacturing sectors,” Gray wrote in his audit request. “Many of those most grievously affected live in the San Joaquin Valley.”

Environmental organizations depend on the data when developing wildlife habitat projects to maintain critical marine ecosystems.

“When we don't have access to good, reliable information, we can't do our job,” said Julie Rentner, president of the not-for-profit organization River Partners, who pressed DWR to act with urgency amid escalating climate impacts. “We don't have time to litigate and fight and study further. What we need to do is make dramatic improvements to the way we manage our water resources.”

The request hinges on a DWR report issued in September 2021, which sought to answer many of the same questions about the water year. Runoff forecasts issued at the start of April overestimated the runoff supply by as much as 68%. The report noted that statistical approaches relying on the historical record no longer reflect the observed conditions.

Within six weeks, a 70% of average snowpack dropped to nearly zero, setting water managers scrambling into crisis response, beginning with Gov. Gavin Newsom’s emergency proclamation in May—and another in July—that expanded his initial two-county declaration to several more and eventually most of the state.

It prompted the state water board to notify DWR it had violated the terms of its water rights by failing to achieve sufficient outflow requirements to maintain endangered species protections and salinity control in the Sacramento-San Joaquin Delta. The Newsom and Biden administrations responded with a coordinated temporary urgency change petition allowing their water agencies to suspend some of those requirements and to erect a rock wall as a salinity barrier in the Delta. DWR also reduced water allocations to State Water Project contractors, leaving crops already planted to whither in the field over summer.

The auditor’s office will examine how frequently the water board has approved these petitions and how often the regulatory tool has led to legal challenges.

“Although the current violations are exacerbated by the extreme dry conditions, they are in part the result of the overallocation of project water during dry conditions,” wrote Eileen Sobeck, water board executive director, in an April letter to CalEPA. “Prior experience and increasing vulnerability due to climate change demand that you improve long-term drought planning and preparedness.”

In response to the flash drought, DWR updated its models used for forecasts in July 2021 as part of a transition to physically based watershed modeling to address the changing climate and incorporate remote sensing observations of the snowpack.

For Gray, however, that was too little, too late.

“The problem with that explanation is that climate change is not new,” he said. “Last year was not the first time DWR’s forecasts were wrong.”

Researchers, he argued, have been urging the department to fix its forecasting algorithms since the 1990s, while the California Nevada River Forecast Center at the National Oceanic and Atmospheric Administration—as well as local irrigation districts—have adopted superior physics-based forecasting models.

The Turlock Irrigation District (TID) began its conversion to physics-based modeling for Don Pedro Reservoir operations in 1997, and it now factors in hourly observations as well as soil and vegetation types. Ten years ago, the district partnered with NASA to measure snowpack depth using plane-mounted lidar imaging technology, cutting the error rate from 30% down to 3%. And it paid off. Their prediction for the 2021 spring runoff was off by less than 2%, according to TID External Affairs Manager Josh Weimer.

DWR Director Karla Nemeth, who has been on the front lines of the state’s most controversial water supply issues since then-Gov. Jerry Brown appointed her to the position in 2018, was quick to dispute Gray’s claims. She argued the water board was not responsible for the mistakes and called it inaccurate to blame the DWR forecast for the release of 700,000 acre-feet of water, since it was not for flood control reasons. DWR did release a significant amount of water from Lake Oroville to support fisheries and maintain Delta salinity.

“Our reservoirs were not full and had sufficient space to capture any spring runoff,” said Nemeth, before agreeing with Gray’s observations that historic forecasting is unreliable and improved modeling is needed. 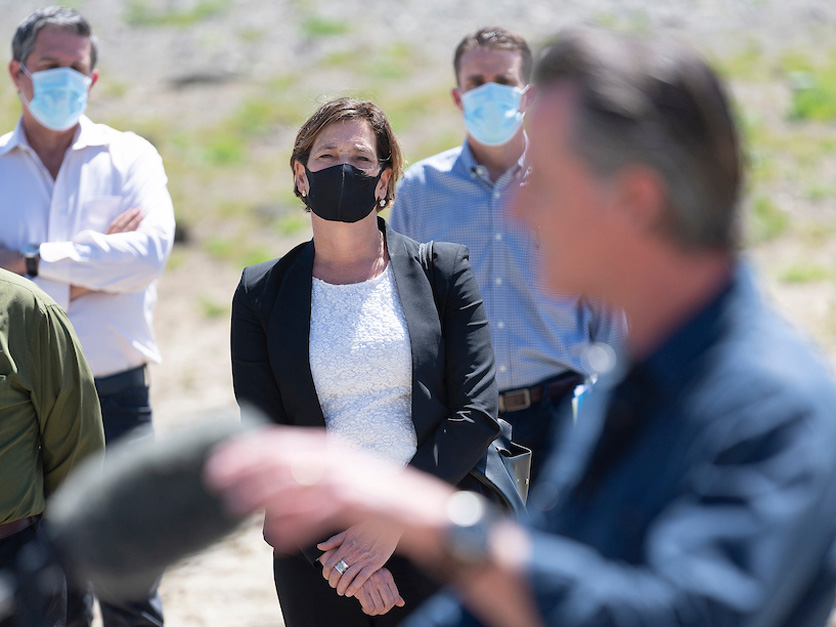 She pointed out that TID was able to upgrade its forecasting system with the help of DWR funding and that the department partners with NASA on snowpack surveys.

Sobeck agreed with Nemeth that the water board was not to blame and should not be subject to the audit, arguing the agency has met all the necessary public transparency requirements when approving change petitions.

“I don't know how it would be damaging for us to look at the modeling practices,” responded Gray, before suggesting the audit would reveal potential ideological bents in water policy. “Let's just look at it all, and let's get a different set of eyes on those practices.”

Asm. Blanca Rubio of West Covina attempted to ease the tension in the room, saying the audits should not be perceived as punitive and could help the lawmakers provide additional funding exactly where it’s needed.

Nemeth noted that the Legislature approved funding last year to support new long-term weather forecasting technology and practices to better capture rain from atmospheric rivers. Through a new partnership with the state climatologist, DWR will be incorporating more climate modeling into their monthly outlook for the water year.

Deploying new forecasting methods brought more stability to the current water year, even though supplies remain low, according to Nemeth. This—along with sweeping curtailment orders from the state water board and cutbacks at local water districts—has led to some reservoirs storing more water than this time last year.

Independent scientists have also been racing to understand the dynamics at play in 2021. Researchers at the Public Policy Institute of California (PPIC) have found that 84% of the anticipated runoff in the combined state and federal water system never made it to the Delta, the central junction for water deliveries to Central and Southern California.

Climate change is bringing in a new—and thirsty—water user in California.

“We're basically adding an additional straw to the drink,” explained UC Merced Associate Professor John Abatzoglou, who studies climate and water. “When that glass is only half filled, it’s not good.”

Abatzoglou described how warmer air increases evaporation—along with vegetation thirst and crop water demand—leading the 2021 evaporative demand to be “heads and tails” above that of prior drought years.

Climate change, he said, accounts for about half the magnitude of the current drought and has placed California within a long-term drying trend that some scientists consider the worst megadrought in 1,200 years and others—along with Gov. Gavin Newsom—view as the permanent aridification of the West.