Several agency heads agreed with environmental interests on accelerating the timeline beyond the staff proposal and lowering the threshold to incorporate many small businesses. Yet one of the nation’s top academics on clean transportation argued that rationale “just seems like a disaster.” CARB is in the early stages of assessing the potential impacts to agriculture and other sectors, with many unintended consequences likely to remain unclear for years after approving the regulation.

ACF would set a target of transitioning most of California’s medium- and heavy-duty truck and bus fleets to zero-emission engines by 2042. The central focus is to rapidly slash climate emissions and local air pollutants near major seaports and warehouse distribution centers, which are often located in socially disadvantaged communities. State Senator Maria Elena Durazo of Los Angeles extended that argument to farmworkers, who “live and work in high-pollution areas while big corporations continue to pollute.”

CARB’s board members have largely stood behind ambitious goals to reign in fossil fuel emissions.

“Despite the progress we've made, meeting California's public health, air quality, environmental justice and climate goals requires more emissions reductions than we can get from combustion-based strategies,” CARB Chair Liane Randolph said at the onset of Thursday’s hearing. “To meet our goals, we need to transition all feasible applications to zero-emission vehicles as soon as possible.”

CARB approved a separate Advanced Clean Trucks rule in 2020, requiring manufacturers to dedicate as much as 75% of the their truck sales to ZEVs by 2035. Building on that, ACF proposes a 100% ban on all sales of fossil fuel-powered trucks by 2040. Environmental groups pushed for a 2036 end date, and several CARB board members agreed.

ACF also targets larger companies with fleets of 50 or more trucks or with $50 million in gross annual revenue. Some board members were open to a suggestion from environmental advocates to expand that requirement to fleets with five to 10 trucks, though they shied away from tasking CARB staff with revising the current rulemaking proposal with that in mind. The researchers will instead study the potential economic impacts for both proposals. 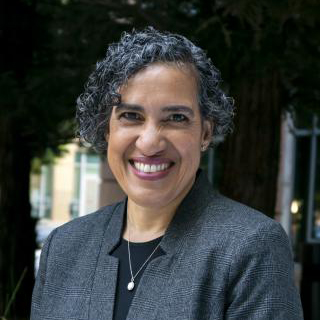 Chris McGlothlin, who directs technical services for the Western Agricultural Processors Association (WAPA), argued that lowering the threshold would exacerbate many other issues with the regulation, such as manufacturing delays, concerns over costs and utility connections for new chargers, and export delays from waiting for ZEVs to charge.

“All of these avenues [for the ACF proposal] will further cause impacts to the seasonal nature of agricultural deliveries and exports,” testified McGlothlin at the hearing, emphasizing the word seasonal. “Adverse impacts to goods movement are magnified within the agricultural industry.”

Addressing connectivity concerns raised by WAPA and several other trade groups, officials from the California Energy Commission (CEC) and California Public Utilities Commission (CPUC) assured them that the state has already taken steps to enhance the electrical infrastructure for the hundreds of thousands of high-powered electric trucks anticipated to come online over the next two decades.

Yuliya Schmidt, an advisor to CPUC Commissioner Clifford Rechtschaffen, told the board that utilities are subject to enforceable timelines for connecting new charging stations. She admitted the process needs to be streamlined and sped up but promised the commission is “doing a lot of work” to ensure customers can charge ZEVs in a timely fashion.

“We're doing a lot of proactive grid planning and generation planning to account for the new EV load that we expect,” said Schmidt.

CARB will continue to assess the infrastructure issues over the coming years as the regulation unfolds, reassuring board members that they can revise ACF later as needed.

Hannon Rasool, director of CEC’s fuels and transportation division, fielded questions over the unique needs of rural regions in transitioning to carbon-neutral transportation.

“Our analysis looks at both [city centers and rural areas] at a more granular level,” said Rasool, in describing an upcoming modeling tool for evaluating the progress of both publicly and investor-owned utilities. “So we're very much thinking about agricultural and also rural communities in that.”

According to Schmidt, CPUC is aware of large connectivity gaps in productive agricultural areas of the San Joaquin Valley with considerable amounts of truck traffic.

“That is certainly a concern that we are deeply thinking about,” said Schmidt. “That is why we're looking to the forecast to see where the new load may come so we can trigger upgrades in those areas if they're needed.”

Yet McGlothlin was dissatisfied with their responses. Major utility companies have warned WAPA members located on the fringes of larger Central Valley cities to prepare for caps on their electricity demand, he explained, noting this was prior to any planning for electrifying their fleets. Others in more rural regions have waited more than two years for replacement transformers and other grid connection equipment.

“It is also very depressing to hear that ratepayers will again bear the burden of paying for utility infrastructure upgrades specific to this rule,” said McGlothlin, adding: “A granular evaluation is not helpful in what is proposed today.”

More than 140 public commenters offered input on the ACF proposal during the full-day hearing. Board members then praised the regulatory proposal and pledged to preserve California’s standing as a national leader with first-ever climate policies like ACF.

Unlike other CARB hearings over ZEV mandates in recent years, members then fractured across a spectrum of viewpoints when attempting to strike a balance between setting aggressive targets and recognizing a significant level of uncertainty over the financial impacts to businesses, which will dictate the success of the program.

Chair Randolph felt a weight of responsibility for implementing ACF as effectively as possible but recognized the transition comes with many challenges.

She also worried that reducing the fleet size or moving up timelines for certain truck classifications would be counterproductive, given those issues and that it would be “forcing small fleets to compete with larger fleets” when purchasing new models. But Randolph agreed with several other board members on setting a 2036 deadline for 100% ZEV sales to push manufacturers to produce more vehicles.

Daniel Sperling levied much stronger opinions that contradicted many of those from his fellow board members. A UC Davis professor, Sperling is a founding director of the campus’ Institute of Transportation Studies and has gained notoriety for research, congressional testimony and numerous books addressing the future of transportation.

“We're going way too far,” Sperling said of dropping the threshold down to fleets with 10 vehicles. “It just seems like a disaster.” 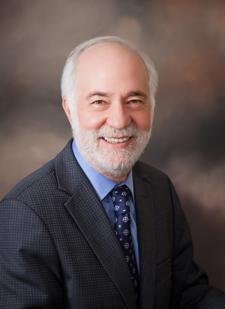 Even setting the bar at 50 vehicles will “definitely” lead to availability issues for ZEV models “for many years going into the future.” He also took issue with the 2036 deadline, arguing that 2040 “is going to be really hard” and that “no one else is doing this in the world” when it comes to mandating ZEV purchases.

“What we're doing is going to be incredibly disruptive to many businesses, many companies, and it's going to be very complex,” he said. “I don't think we've ever done anything that's so prescriptive, affecting so many different parties.”

In comparison, passing CARB’s truck and bus rule in 2008 was “very difficult” and came with a slew of lawsuits that taxed agency staff for several years.

“We need to be very cautious in our expectations that infrastructure is going to be in place,” he said, stressing that potential delays and other problems make him nervous. “Utilities are not exactly the most agile, entrepreneurial organizations in our economy.”

Sperling also touched on an issue that gained little discussion in the hearing or scrutiny in the staff report and presentation. Agricultural stakeholders, along with local waste management districts, fear ACF would conflict with SB 1383, a 2016 law requiring the state to reduce methane emissions 40% below 2013 levels by 2030.

According to a staff analysis, California has the potential to produce more than 90 billion cubic feet of renewable natural gas (RNG) each year from dairies, landfills, municipal solid waste and wastewater treatment facilities through the use of anaerobic digesters. RNG already fuels half the refuse trucks in the state. But such vehicles represent just 1% of the total share of trucks within the ACF scope, leading staff to assert that ACF would not conflict with SB 1383.

Sperling, however, pushed for carving out an exemption for RNG vehicles, since “it's essentially zero carbon” to capture the biogas.

Board member Davina Hurt pointed to a global methane pledge highlighted last year at the United Nations climate conference in Glasgow and the pressures countries and subnational governments now face in slashing emissions of the short-lived climate pollutant 30% by 2030. More than 100 countries have signed on to the commitment, with the Newsom administration strongly backing the climate action.

“I want to emphasize that [dairy farmers and other SB 1383 stakeholders] were early adopters of the technology,” said Hurt. “I don't think we want to penalize or put a cooling effect on that for any future early adopters that we’ll need in this transition.”

With the availability of charging infrastructure being “near to impossible” in rural areas, board member Barbara Riordan urged staff to “make some sort of accommodation,” such as extending deadlines. Some board members and staff reasoned that such exemptions or regulatory changes could be worked out after CARB passes ACF, but Riordan cautioned against that approach.

“While I understand the idea of setting goals, I also know that stepping back is not as easy as everybody thinks, if and when we make an incorrect decision,” she said.

Considering ACF through the lens of agricultural operations, board member John Eisenhut pushed for “a rigorous look” at regulating businesses with $50 million of gross income, which would cast a broad regulatory net for the sector.

“That's an industry of very low margins, where trucks may be peripheral to the operation,” said Eisenhut. “I'm not sure that's our intention.”