The California Air Resources Board is considering yet another regulation aimed at converting more vehicles to zero-emission engines.

Ahead of a Thursday hearing on the Advanced Clean Fleets (ACF) proposal, agriculture and trucking groups are raising alarms over costs, lagging technology and inadequate charging infrastructure. The added pressure on ports is sparking fears over triggering more supply chain disruptions as well.

“We're going to have some real problems over the next couple of years should demand pick up,” Chris Shimoda, senior vice president of government affairs at the California Trucking Association, told Agri-Pulse. California "is doing everything we can to not learn the lessons of the last couple of years.”

The shipping crisis at California’s seaports showed “it doesn't take much to throw our goods movement system and the supply chain completely off course.” Inflation and the threat of a looming recession have reduced consumer demand and played a role in easing the crisis, but the system is still vulnerable, he warned.

The draft regulation in front of CARB’s board members would set a 2040 goal for transitioning most of California’s medium- and heavy-duty truck and bus fleets to zero-emission. Drayage operators would feel the impacts first, starting in 2024 with purchases of any new models. Agency staff reasoned that these operations disproportionally impact communities and the short hauls are more suitable for transitioning to electric trucks.

CARB approved a separate Advanced Clean Trucks rule in 2020, which requires manufacturers to sell ZEVs as a percentage of their annual sales. The mandate ramps up to cover as much as 75% of their sales by 2035.

With the two rules combined, CARB promises to put more than 1.5 million ZEV trucks and buses on the road by 2050. ACF targets greenhouse gas emissions as well as local nitrogen oxide emissions that affect socially disadvantaged communities. A staff report estimates the rule will help to prevent more than 5,000 deaths related to air pollution and save more than $57 billion in healthcare costs. 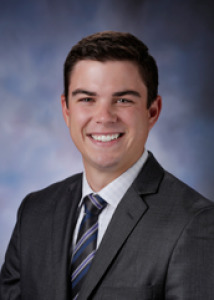 Despite the aggressive timeline, environmental groups say it is not enough to ward off the worst effects of climate change. Sierra Club California is calling for banning all diesel truck sales by 2036.

“As it stands, [ACF] wouldn't go far enough to keep our communities safe from harmful air pollution caused by trucks,” argues Josue Aguilar, a policy advocate for the Natural Resources Defense Council. “This is an environmental justice issue. Communities of color and low-income communities are the most likely to be nearby major freight routes and therefore exposed to this pollution.”

A coalition of trade groups for agriculture and businesses wants significant changes in the proposal as well. But the groups fear the proposal would be unworkable in the real world and compromise the delivery of essential goods and services to Californians.

“Throughout the entirety of the rulemaking process, California’s private and public sector stakeholders have continually raised critical implementation issues that have been cast aside,” the coalition argued in a letter to the board. “There is a great deal of financial uncertainty that exists for California, and it is harmful to further sow uncertainty and potential hardship.”

Chris McGlothlin, who directs technical services for the Western Agricultural Processors Association, told Agri-Pulse the expedited timeline is concerning. Businesses that are investing in low-emission trucks to comply with existing regulations would have to replace those models within the next 17 years, he said.

“Even with the natural gas ones, they were making a significant step in reducing the amount of emissions that were associated with their drayage trucks,” he said. “Now they're having to pay a couple hundred thousand more for an electric piece of equipment alone, without even adding in charging stations and electricity costs moving forward.”

Shimoda said that CARB is putting low-carbon projects on notice that internal combustion engines are going away—even when farmers have invested millions in outfitting dairies with digesters that can capture and convert methane into biogas for sale through the natural gas pipeline.

“It's definitely sending the message that the investments may not pencil out over the longer term,” he said.

Charging infrastructure and grid reliability are two major hurdles standing the way of success for ACF. According to Shimoda, California needs to install 336 chargers every week until 2035 to meet the charging demand for the trucks. Supporting those chargers, the grid would need to supply an additional 65 megawatts each week. That would support about 290,000 electric trucks, which is still far below the 2040 goal. New projects for charging stations under construction today are touting just 2-10 megawatts at a time.

Shimoda worries about the added strain on local circuits, since it would take years for utilities to upgrade their upstream infrastructure to account for multiple new projects. A trucker buying an expensive electric truck would have to wait five years to plug it in. ACF currently allows no exemptions when a retail charging facility is not available, Shimoda pointed out. And those owner-operators are already struggling to adapt to California’s AB 5 law for independent contractors.

The electric trucks currently on the market take at least four hours to charge. Shimoda questioned how an owner-operator—or even a larger company—could stay in business with such an inefficient use of time. Their trucking rates would skyrocket to account for the added labor and equipment costs.

There is concern the rule could compound delays throughout the agricultural supply chain.

The electric models cannot support a load under a single charge for a trip of 200 miles or more from the Central Valley to ports in Los Angeles, Long Beach or Oakland. Agricultural exporters are often at the mercy of ocean carriers, receiving just a few hours’ notice to deliver a container to a ship.

Electric trucks present even more challenges with adapting to harvest needs. The work is seasonal but requires long days, without the luxury of pausing for a four-hour charge. Rural growing regions deal with distant and often inadequate connections to the electric grid. The trucks also add 8,000 pounds in battery weight, maxing out payloads early.

“There is just no chance with today's zero-emission technology that you can do a harvest in California,” said Shimoda.

WAPA’s McGlothlin is hoping to at least carve out an exemption for drayage trucks at agricultural facilities, separating them from more mainstream package distribution centers.

Aside from issues with grid access and truck availability, McGlothlin had little faith in utilities meeting California’s soaring electricity demand in the years ahead.

“We're a month removed from the state threatening to shut power off and have rolling blackout situations,” he said. “And now we're rapidly increasing the amount of demand.”

In public workshops, CARB hosted executives from Pacific Gas & Electric, Southern California Edison and other utility companies, who reassured the agency the infrastructure will be in place, according to McGlothlin. The utilities also encouraged businesses to indicate a year or two in advance if they need to install charging stations.

“We don't think it's going to be that timed out and smooth of a process,” said McGlothlin. “We're hearing it's taking years for transformers to be replaced, back orders and wait times on pump replacements, on electrification of pumps and connecting those. This increased demand is only going to add more delays to this whole process.”

Assemblymember Blanca Rubio of West Covina was just as perplexed by the aggressive phase-out of diesel trucks when the charging infrastructure barely exists.

“California is already importing nearly 30% of its power needs,” Rubio wrote in a letter to CARB, as she urged board members to postpone the adoption of ACF.

More liberal lawmakers, on the other hand, pressed CARB to strengthen the rule further to align with the requests from environmental interests.

“We urge you to adopt the strongest possible Advanced Clean Fleets rule,” they argued in a letter.