The chicken industry used a recent public hearing to push back on many aspects of an Agriculture Department proposal to tweak salmonella regulations in poultry production.

In October, USDA's Food Safety and Inspection Service rolled out a framework to address salmonella contamination in poultry and on Thursday gathered public input on the idea in an all-day virtual meeting.

Data from USDA’s Economic Research Service shows the total cost for foodborne salmonella infections in the United States is a staggering $4.1 billion annually, including an $88 million cost for the loss of productivity to the economy. FSIS has adopted the current Healthy People 2030 goal of reducing reduce salmonella infections linked to all FSIS-regulated products by 25% and sees the framework as a way to meet the goals missed in 2010 and 2022, the agency said.

The key components of the framework include requiring that incoming flocks be tested for salmonella before entering an establishment, mandating enhanced process control monitoring at facilities, and implementation of an enforceable final product standard.

While some of the discussion at Thursday's meeting involved dialogue on testing technology and interventions, participants also pointed to technology gaps that will need to be addressed. Other comments ranged from concerns the actions will not improve public health, while others noted testing requirements at the farm could put extra burdens on smaller producers.

The National Chicken Council voiced a number of concerns with the proposed framework. Ashley Peterson, NCC’s senior vice president of scientific and regulatory affairs, told the agency testing before entering processing facilities could negatively impact the welfare of the birds and potentially limit the supply of chicken in the marketplace.

Sarah Sorscher, deputy director at Center for Science in the Public Interest, testified that the approach could give producers an incentive to adopt preharvest measures. Sorscher also suggested FSIS could take a similar approach as it does with listeria in ready to eat products that would incentivize adoption of best practices pre-harvest, and major buyers could also create market incentives by selecting only suppliers with the highest category status. 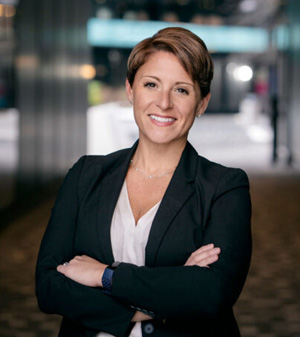 The industry is and should be expected to control potential pathogens, “but there is not a one-size-fits-all approach in doing so,” NCC's Peterson noted. “Overall, this approach will stymie innovation and technology which seems counter to a collaborative food safety approach.”

For the product standard enforcement portion of the rule, FSIS is assessing whether certain levels or types of salmonella on raw poultry product present an elevated risk of causing human illness. This consideration could lead to considering salmonella as an adulterant. FSIS currently considers certain strains of bacteria as adulterants, notably specific kinds of E.coli in raw beef.

Currently, a chicken processing facility is allowed to have salmonella in up to 9.8% of all whole birds it tests, 15.4% of all parts, and 25% of ground chicken, according to the Consumer Reports statement. "And producers that exceed these amounts are not prevented from selling the meat. If salmonella became an adulterant, even in some poultry products, it would help reduce the amount of contaminated meat that hits the market," CR said.

Sorscher said CSPI has long been a proponent of taking this approach with poultry, first petitioning FSIS to consider certain strains of antibiotic-resistant salmonella to be adulterants more than a decade ago. CSPI partnered with other consumer groups and victims of foodborne illness in January 2021 in petitioning the agency to create enforceable, finished product standards for salmonella in raw poultry.

Peterson encouraged FSIS to build on the successful path established through performance standards, whereby the industry and agency collaborated to meet voluntary standards. “However,” she added, “we do not believe that the Poultry Products Inspection Act provides statutory authority to create an enforceable, adulteration-based final product standard for salmonella in raw poultry.”

Once it has scientifically determined the impact on public health, Peterson said FSIS could consider a quantitative approach and give industry the opportunity to meet an enumerative performance standard.

The National Turkey Federation participated in the public meeting but did not deliver oral comments. Beth Breeding, a spokesperson for the organization, said NTF "plans to provide written comments on the framework."

“As we continue to gather feedback from NTF membership, the meeting offered an opportunity to learn more about the proposed framework and hear a variety of viewpoints on the key components,” she said.

More than 75% of salmonella illnesses in 2020 were attributed to seven food categories: chicken, fruits, pork, seeded vegetables (such as tomatoes), other produce (such as fungi, herbs, nuts, and root vegetables), beef and turkey, according to the Interagency Food Safety Analytics Collaboration (IFSAC), a tri-agency collaboration consisting of the Centers for Disease Control, Food and Drug Administration and FSIS.

In a passage that could offer rationale to challenge the FSIS focus on poultry, the IFSAC report said, “the attribution of salmonella illnesses to multiple food categories suggests that interventions designed to reduce illnesses from these pathogens need to target a variety of food categories.”

The estimated rate of human salmonella infections from all sources has remained consistent over the last two decades, with an estimated 1.35 million infections in the U.S. each year. The most recent IFSAC report estimated that more than 23% of foodborne salmonella illnesses are attributable to poultry consumption — about 17% from chicken and over 6% from turkey.

NCC pointed to FSIS and CDC data that it said demonstrates progress and clear reductions in salmonella on chicken products. For instance, from July 2021 through June 2022, the latest USDA data available, more than 97% of whole chickens tested negative for salmonella, as did more than 93% of chicken parts.

The National Advisory Committee on Microbiological Criteria for Foods (NACMCF) has been charged with providing guidance on what types of microbiological criteria FSIS might use to better prevent salmonella infections associated with poultry products.

NACMCF will hold a virtual public meeting on November 15, 2022, to discuss and vote on adopting the report, titled “Enhancing Salmonella Control in Poultry Products.” The report noted the number of certain salmonella infections have declined during the past 20 years, which corresponds to the use of a commercial vaccine against certain subtypes of salmonella.

The committee identified a multitude of data gaps that could affect findings and recommendations to FSIS, including the need for the completion of two quantitative risk assessments for chicken and turkey that are in progress. These risk assessments will evaluate the public health impact achieved by eliminating a proportion of contaminated poultry or poultry products. The risk assessments will also explore the public health impacts of various monitoring and enforcing process control methods from the re-hang to post-chill stages.

FSIS extended the written comment period on the proposed salmonella framework to Dec. 16, 2022.

As of November 8, 758 comments were filed, however, most were identical submissions which urged USDA to require farms to monitor their flocks for salmonella and asked the USDA take into consideration antibiotic resistance when determining which salmonella strains should be targeted for action.

FSIS said it will publish a proposed notice of determination to declare salmonella an adulterant in breaded and stuffed chicken products in 2022 and intends to publish additional proposed rules and policies implementing this strategy in 2023, with the goal of finalizing any rules by mid-2024.