Beth Ellikidis has been tapped as the new vice president, agriculture and environment at the Biotechnology Innovation Organization. Ellikidis most recently worked at Zoetis, where she was the head of U.S. public affairs for almost six years. She previously directed public policy for ethanol, energy and renewable products at the National Corn Growers Association and led legislative affairs and political advocacy for the National Grain and Feed Association. 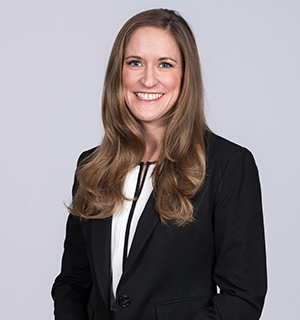 Eric Dell has been tapped the new president and CEO of the American Bakers Association. Dell comes to ABA from the National Automatic Merchandising Association, where he served as the organization’s executive vice president.

Chris Tutino has joined Cibus as the new senior director of communication. For the last eight years, he worked at Syngenta as the senior communications manager.

House Agriculture Committee Chairman David Scott, D-Ga., has promoted several staff members. Caitlin Balagula will serve as assistant clerk; she currently is staff assistant and legislative assistant. Ellis Collier, who currently serves as a fellow on the committee, will be a legislative analyst. Emily Pliscott will now serve as the economist for the committee. She currently is a policy analyst for the Subcommittee on Livestock and Foreign Agriculture and the Subcommittee on Biotechnology, Horticulture, and Research. She will continue her policy work with both subcommittees. Madeleine Ring is the new staff assistant. Ring joined the committee as an intern in August, and before that she completed a government affairs internship with USDA's National Institute of Food and Agriculture.

Dylan Biggs has been promoted to trade policy coordinator for the U.S. Grains Council. He had been serving as the receptionist and administrative assistant for the council and the National Corn Growers Association in the organizations’ co-located offices in Washington, D.C.

The U.S. Wheat Associates has brought on Dong-Chan Bae as the new country director in the USW Seoul Office in South Korea. Bae spent the last 25 years working for the Samyang Corp., where he was a manager in Samyang’s Grain Procurement Division.

Iowa farmer Dean Meyer has been elected as the new chairman of the U.S. Meat Export Federation. Randy Spronk has been selected to serve as the vice chair. Spronk is a Minnesota farmer and previously served as the president of the National Pork Producers Council.

The American Agri-Women elected new national officers at its national convention in Bozeman, Montana. Arlene Kovash of Oregon Women for Agriculture is the new secretary and Jean Goslin of Kansas Agri-Women is the new vice president of education. Each woman will serve a two-year term.

Washington’s newest Farm Hand is Walker Cruce, born Thursday, Nov. 10 to proud parents Jamison and Elise Cruce. When they’re not busy admiring Walker, Jamison is the senior director of government relations for the USA Rice Federation and Elise is the managing director of leadership development at the American Farm Bureau Federation.

Douglas Dean Sims, the retired CEO of CoBank, died Oct. 24 at 76. Sims launched his long career in the Farm Credit System in 1969, when he accepted a position as a business analyst at the St. Louis Bank for Cooperatives. Sims is widely recognized as playing a vital role in passing legislation to save the Farm Credit System in the 19080s. In 1989, Sims was the chief operating officer of CoBank when he was named CEO in 1994.