The U.S. corn sector has been adamant that it cannot easily or quickly shift to producing non-GMO corn to comply with an upcoming Mexican ban, and Brazilian and Argentine farmers are telling Mexico they can't make up for the expected loss of U.S. supplies.

Corn farmers from the U.S., Argentina and Brazil – members of the international group MAIZALL – are planning to head back to Mexico City in January to once again offer a united front in support of biotechnology ahead of the implementation of a Mexican decree banning corn that is scheduled to go into effect in January 2024.

The vast majority of corn in the U.S., Brazil and Argentina is grown with genetically modified seeds, and there’s simply no way to change that quickly enough to meet Mexico’s import demands, said John Linder, a former president of the National Corn Growers Association and a director at MAIZALL.

“The U.S., Brazil and Argentina feel they have the responsibility to supply the world with their needs, and they are doing that, but they are also using the same production practices to achieve those goals,” said Linder, who was one of the U.S. MAIZALL delegates who traveled to Mexico in August to meet with officials there on what he described as a diplomatic trip to educate officials.

“It was an eye-opening moment for many who didn’t realize that the supply isn’t there to just make the shift (to non-GMO corn).”

The united message from the corn-producing giants doesn't appear to be hitting home with President Andrés Manuel López Obrador. His administration just last month hosted a National Corn Day that was dedicated to opposition of GMO corn as well as glyphosate. Victor Suarez, the department’s undersecretary of food self-sufficiency, attended the event.

Corn is considered sacrosanct in Mexico, but MAIZALL felt it needed to outline the consequences to Mexico’s ability to feed its people if it stopped importing genetically modified corn. 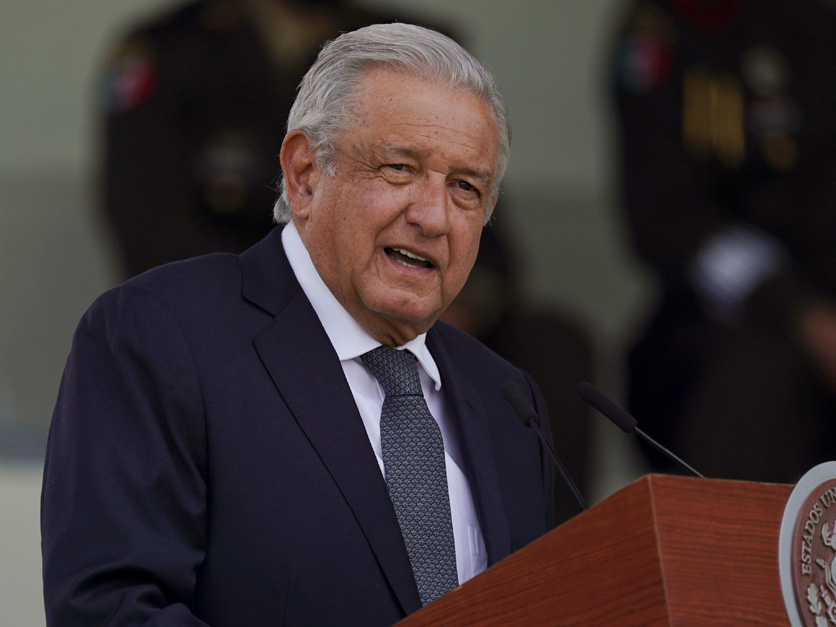 “MAIZALL recognizes the cultural and historical importance of maize in Mexico,” said Federico Zerboni, the group’s president, in a statement during the August trip. “It may indeed want to maintain its decision to only grow non-GM maize for its own reasons, but it was important for our growers to outline the GM adoption rates (more than 95%) in our countries and the many economic, social and environmental benefits of GMO cultivation.”

The U.S. alone exported 16.8 million tons of corn to Mexico last year, according to USDA data.

If Mexico did not allow in any GMO corn, according to an analysis by World Perspectives, the U.S. would only be able to send 2.7 million tons to Mexico, leaving a demand gap of roughly 14 million tons that neither Brazil nor Argentina could come close to filling.

And even though the U.S. is the primary supplier of corn to Mexico, Brazil and Argentina have also made the coming trade disruption a priority, a stance the National Corn Growers Association says it appreciates.

“MAIZALL represents 80% of the world’s corn exports, of which, nearly all is biotech,” NCGA Director of Public Policy, Trade and Biotechnology Angus Kelly said. “So, NCGA is encouraged by the pro-technology, pro-food security alignment of Argentina and Brazil vis-à-vis Mexico. All three countries are seeking solutions with our government friends in Mexico to prevent skyrocketing food prices.”

Many in Mexico still don’t seem to understand the consequences of fully implementing the decree, said Paulo Bertolini, a member of MAIZALL and Brazilian corn farmer in the southern state of Parana. Brazil has supplied Mexico with an official report, showing the country its inability to supply significant quantities of non-GMO corn, but the Mexicans still don’t appear to be very worried, he said.

But one U.S. government official said that depends on whom you’re talking to in the Mexican government. The responses from Mexico City on whether it will fully ban GMO corn or exempt yellow corn used to feed livestock changes seem to vary depending on the day and Mexican official, said the official, who asked not to be named because of the sensitivity of the subject.

If Mexican government officials are not concerned now, they will be if the decree is enacted and the country can’t get the corn it needs for livestock feed, says Fernando Zelner, deputy secretary for trade and international relations at the Brazilian Ministry of Agriculture.

Jose Molina, the top agriculture official at Argentina’s embassy in the U.S., says the message from his country to Mexico is the same.

One Mexican official – Agriculture Secretary Victor Villalobos – appears to get the fact that the country needs U.S. corn.

The highlight of the MAIZALL trip to Mexico in August came when Villalobos invited the U.S., Brazilian and Argentine farmers for dinner.

“The impression that Mr. Villalobos portrayed at dinner was that he was in regular conversations with (U.S. Agriculture) Secretary Tom Vilsack on this topic,” Linder said. “He wanted to assure us that the goal in his department is to meet the needs of the supply chain.”

But a little over a month after MAIZALL met with Villalobos, his deputy – Victor Suarez – told Reuters in an interview that Mexico simply was not going to import any genetically modified corn, whether it be for food or feed.

Suarez, Vilsack said in a statement, “is entitled to his opinion but we are confident that for the sake of the Mexican livestock industry and to keep inflation in check, corn sales to Mexico will continue as planned given recent conversations with Secretary Villalobos.” 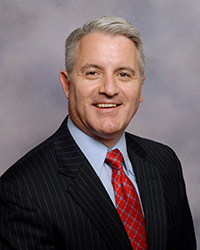 U.S. lobbying groups like NCGA and the American Seed Trade Association are urging the U.S. to take legal action through the U.S.-Mexico-Canada Agreement, or USMCA.

“We don’t believe that the direction they’re going in, with respect to biotech, is legal,” ASTA President and CEO Andy Lavigne tells Agri-Pulse.

U.S. government officials have been reaching out to their Mexican counterparts since the Suarez statement. U.S. Trade Representative Katherine Tai, in a meeting this month with Mexican Economy Secretary Raquel Buenrostro, stressed “the importance of avoiding a disruption in U.S. corn exports and returning to a science- and risk-based regulatory approval process for all agricultural biotechnology products in Mexico.”

That’s also Linder’s goal and it’s why he said he’d be willing to go back to Mexico City.

“This is diplomacy at its best,” he said. “We’re not looking to incite anger. We’re looking to bring more conversation.”