WASHINGTON, Feb. 1, 2017 - Citrus greening continues to devastate Florida’s orange groves, but Clemson University researchers believe the cure may lie in gene editing, and the USDA is giving the school millions of dollars to find out. The scientists want to use “mutant” trees that are naturally resistant to the citrus greening bacteria as a road map for the future, lead researcher Feng Luo told Agri-Pulse in an interview. 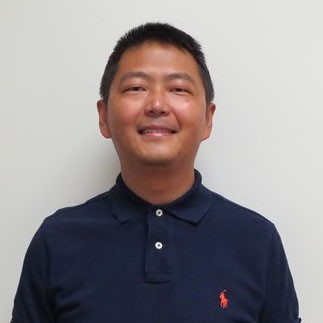 USDA’s Agricultural Research Service is giving Clemson about $4.3 million this year to start a five-year study that Luo hopes will result in new lines of breeding that are resistant to citrus greening, also known as huanglongbing (HLB), which means yellow dragon disease in Chinese.

“Exploitation of this natural … resistance may provide a key solution, within a short time frame, to the survival of the citrus industry, especially in Florida,” the researchers said in their proposal to USDA.

That’s the long-term goal. To start, Luo and his team are on the hunt for as many samples of trees that are at least partially resistant to the bacteria that has caused billions of dollars in damage to Florida’s citrus industry and been detected in every major orange grove in the Sunshine State.

They plan to compare these trees to the more common trees that are susceptible to HLB. Luo said he expects the differences will lead to isolating components that are the natural targets that the HLB bacteria latches onto.

If you take out the target, you take out the means for the bacteria to harm the trees, he said. And taking out unwanted genetic material in plants or animals is becoming common practice for scientists using the gene editing technique called CRISPR/Cas 9.

Gene editing is cheaper, faster and far less controversial than traditional genetic modification, the Clemson researchers argued in support of the study.

“Previous efforts to create new HLB … resistant (citrus trees) focused on conventional breeding or development of transgenic plants,” the Clemson researchers noted. “Unfortunately, the approaches used in those projects are inadequate to meet the current crisis because of the lack of sources of resistance in citrus and time constraints associated with citrus breeding. Furthermore, genetic engineering presents many regulatory and public acceptance obstacles for transgenic citrus.”

Approval of new GMO traits developed with traditional genetic modification involves a complex regulatory process that can take years. Those regulatory barriers, for the most part, do not yet apply to gene-edited plants.

“The CRISPR-engineered citrus plants do not include foreign genes and are currently not restricted in the U.S.” the researchers said.

If USDA’s Biotechnology Regulatory Services is convinced that no new material is being added to plants – as is generally the case in most genetically modified plants – it allows scientists to do their work without going through years of supervised test planting.

And time is of the essence because citrus greening is doing more and more damage to Florida’s citrus industry every year.

The latest forecast for Florida orange production for this year is just 71 million boxes. That’s a 13 percent decline from about 82 million boxes last season, according to USDA’s National Agricultural Statistics Service (NASS). Candice Erick, head of the Florida Department of Agriculture and Consumer Services, said the state produced about 162 million boxes of oranges in 2009 before citrus greening began ravaging the groves.

The Asian citrus psyllid is the bug that spreads citrus greening, and it travels fast on the wind. USDA has spent about $400 million since 2009 on research to combat the disease, which causes fruit to shrivel and become unsellable as well as eventually killing the trees.

The $4.3 million USDA is giving to Clemson is just one of four new grants announced recently. Researchers at the University of California are getting a $5.1 million grant to try to develop a way to kill the citrus greening bacteria with nanotechnology and Iowa State University is getting $2.5 million to fund an effort to use soil bacteria to kill Asian citrus psyllid .

USDA is also giving its own scientists at the Agricultural Research Service $1.8 million to test the effects of chemotherapy on citrus greening.

Citrus greening has not reached groves in California, but the state remains on high alert and spends millions every year to detect the presence of Asian citrus psyllids. The discovery of even a single psyllid prompts state officials to send a survey team to the location and scour the surrounding area for more. All citrus trees within an 800-meter radius are treated with pesticides.