Trump’s commitment to slashing federal regulations, particularly those dealing with energy and the environment, is well established. Last November, in the wake of his unexpected victory, Trump released a video promising that “On energy, I will cancel job-killing restrictions on the production of American energy, including shale energy and clean coal, creating many millions of high-paying jobs. That’s what we want, that’s what we’ve been waiting for. On regulation, I will formulate a rule which says that for every one new regulation, two old regulations must be eliminated, it’s so important.”

The regulations currently on the White House and congressional chopping blocks address a range of energy, environmental and financial measures important to many Democrats and anathema to many Republicans. The aggressive rollback already includes proposals to immediately end requirements that the oil industry reduce methane releases from drilling operations on public lands, that oil companies report payments to foreign governments, and that coal companies reduce stream pollution from their mining activities.

Despite Trump’s promises to support Renewable Fuel Standard regulations that boost ethanol and biodiesel use, there are concerns about having the oil industry well represented in both Congress and the Trump cabinet. Even if the Trump administration maintains support for biofuels, any rollback of regulations restricting oil and natural gas operations will make it harder for biofuels to compete.

Leading the longer-term repeal list is revoking the Clean Power Plan that would limit power plant carbon emissions for the first time and provide a major boost for zero-emissions alternatives led by wind and solar power. This reversal won’t be needed if current court challenges succeed in overturning the CPP. But failing a reversal by the courts, eliminating the CPP will be slowed by federal requirements for a “reasoned explanation” of any proposed changes and for public notice and a public comment period.

During his first two weeks in office, Trump’s rapid-fire executive orders stirred controversy, triggered protest demonstrations around the world, and led to dozens of legal challenges. So the shift from unilateral White House decrees to signing measures passed by Congress with at least some bipartisan support may come as welcome relief.

In one of the first reversals, congressional Joint Resolution 38 states that the Interior Department’s Stream Protection Rule to reduce pollution from coal mining wastes “shall have no force or effect.” This initial rollback measure won 54-45 in the Senate and 228-194 in the House. Now it just awaits the president’s signature to become law.

Republicans are well positioned to run up the score in Congress because they control both the House and Senate. In addition, on energy and environmental issues important to the oil, natural gas and coal industries, the GOP has the added advantage that Senate Democrats Joe Donnelly of Indiana, Heidi Heitkamp of North Dakota, Joe Manchin of West Virginia and Claire McCaskill of Missouri tend to vote with the 52-48 GOP majority, as they did on the stream protection rule. Sen. Susan Collins of Maine was the sole Republican who voted to protect streams from coal mining wastes. 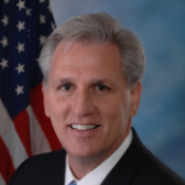 House majority leader Kevin McCarthy, R-Calif., calls the accelerating regulatory rollback long overdue, charging that “federal regulations cost the American people about $1.89 trillion every year . . . more than 10 percent of GDP, or roughly $15,000 per American household.” In response, Democrats charge that whatever the actual costs, they are far outweighed by major human health, energy use, and environmental benefits that include reducing pollution-related consequences such as extreme weather, asthma attacks, and premature deaths.

Along with its drive to overturn Obama’s most recent regulations under the time-limited Congressional Review Act, the House has already passed and sent to the Senate its “Regulations from the Executive in Need of Scrutiny” Act (HR 26 and S 21). If enacted, the REINS Act would requireHR 26,  that both the House and Senate approve any new federal regulation costing $100 million or more a year, or imposing “a major increase in costs or prices,” or significantly impacting “competition, employment, investment, productivity, innovation . . .” Under REINS, any proposed regulation would die unless both chambers approve the regulation within 70 days.

REINS also would require congressional approval of all existing regulations over the next 10 years. Any regulation not approved would be eliminated. The bill passed in a 237-187 House vote Jan. 5 in which two Democrats, Collin Peterson of Minnesota and Henry Cuellar of Texas, joined 235 Republicans. Five Republicans and four Democrats did not vote on the bill.

growth in America without offsetting benefits.” He insisted that despite the need for some federal regulations, “There’s plenty of room for bipartisan reforms that significantly cut costs and burdens, without compromising safety, health and environmental goals.”

Citing examples including “the Deepwater Horizon oil rig that exploded in the Gulf of Mexico because BP put profits over safety and cut corners,” the committee’s top Democrat, Sen. Bill Nelson of Florida, warned against “taking a wrecking ball to regulations under our jurisdiction which protect the health and safety of all Americans.”

Jack Gerard, president and CEO of the American Petroleum Institute, voiced strong support in the hearing for rejecting “ill-considered and hasty regulations.” He specifically blasted the Obama administration’s regulations requiring the oil industry to reduce its methane releases and requiring that energy companies report payments to foreign governments. He charged that the methane rule alone “could cost the industry more than $400 million per year . . . on top of similar Environmental Protection Agency regulations that may cost as much as $800 million.”

On Friday, the House joined the methane fight by voting 221-191 to scrap the methane venting and flaring regulations. House Natural Resources Committee Chair Rob Bishop, R-Utah, charged that the regulation “is a costly rule and a totally unnecessary rule.” Rep. Alan Lowenthal, D-Calif., instead called the methane rule “a win for the taxpayer, a win for the environment, a win for the climate and a win for common sense.”

In the Senate hearing, Sen. Tom Udall, D-N.M., came down hard on Gerard, charging that the oil industry’s wasteful oil field venting, flaring and leaks cost the federal government and U.S. taxpayers hundreds of millions of dollars in lost royalties every year. As well, he charged that every cubic foot of wasted natural gas “became pollution. That’s what the BLM (Bureau of Land Management) methane rule targets.”

Lisa Heinzerling, a professor at the Georgetown University Law Center, said that criticism of regulations too often “recklessly ignores the many benefits of regulation and inaccurately reports its costs.” She called Trump’s order to require scrapping two regulations for every new regulation “arbitrary and capricious” and said it “assumes that regulations are all cost and no benefit.”

Heinzerling pointed out that cost/benefit studies of the Clean Air Act and its frequently attacked regulations “have repeatedly shown that the Act returns up to 90 times more in quantified benefits than it imposes in costs.”